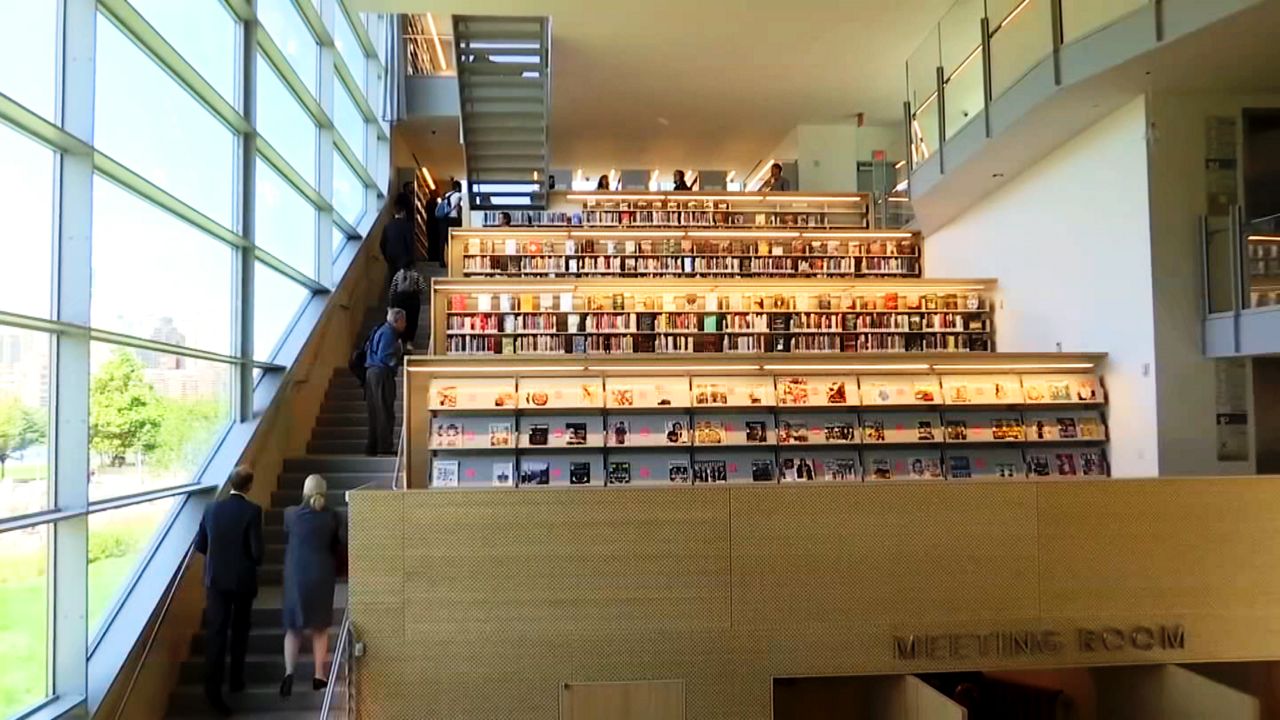 QUEENS, N.Y. - Flags celebrating the opening of the Hunters Point Library branch last month still hang outside, but the $41 million building already has some cracks in its concrete floor and leaks in its roof.

"Well it seems to be substandard to a certain degree if that has already happening so soon," said Elsie Lacey, a Long Island City resident.

Lacey eagerly awaited the branch's opening but thinks the design is flawed. She says there are too many stairs and not enough room for books. "It’s not user friendly. Especially for elders. People who have to use canes, walkers and have achy backs," she added.

A tiered section was filled with rows of books when NY1 toured the branch last month. Parts of it are only accessible by stairs. But now the shelves are empty.

A library spokeswoman says the staff initially planned to retrieve the books from the shelves for library users but decided that was not workable long-term, because people wanted to look through the books themselves. So, the materials here were moved to other areas of the library.

"You would think if you’re building a brand new building and you’re putting this much money into it, that would have been thought of a long time before now. So hopefully they’ll be rearranging the library to make sure everyone can use it," said Hunters Point Civic Association President Brent O’Leary.

With its sweeping views of Manhattan, the 22,000 square foot building has won awards for excellence in design. But the project was completed well beyond schedule and well over budget.

The city’s department of design and construction acknowledged concrete cracks and water seepage, which were first reported by the New York Post. But the department downplayed the problems saying, "It’s not unusual for some minor work to be outstanding after a building opens. The architect was there last week to examine the water infiltration, which we are working to address immediately."

The department says the building is structurally sound, and is already one of the top 10 most popular branches in the Queens Library system.

The repairs are expected to completed in two to four weeks.