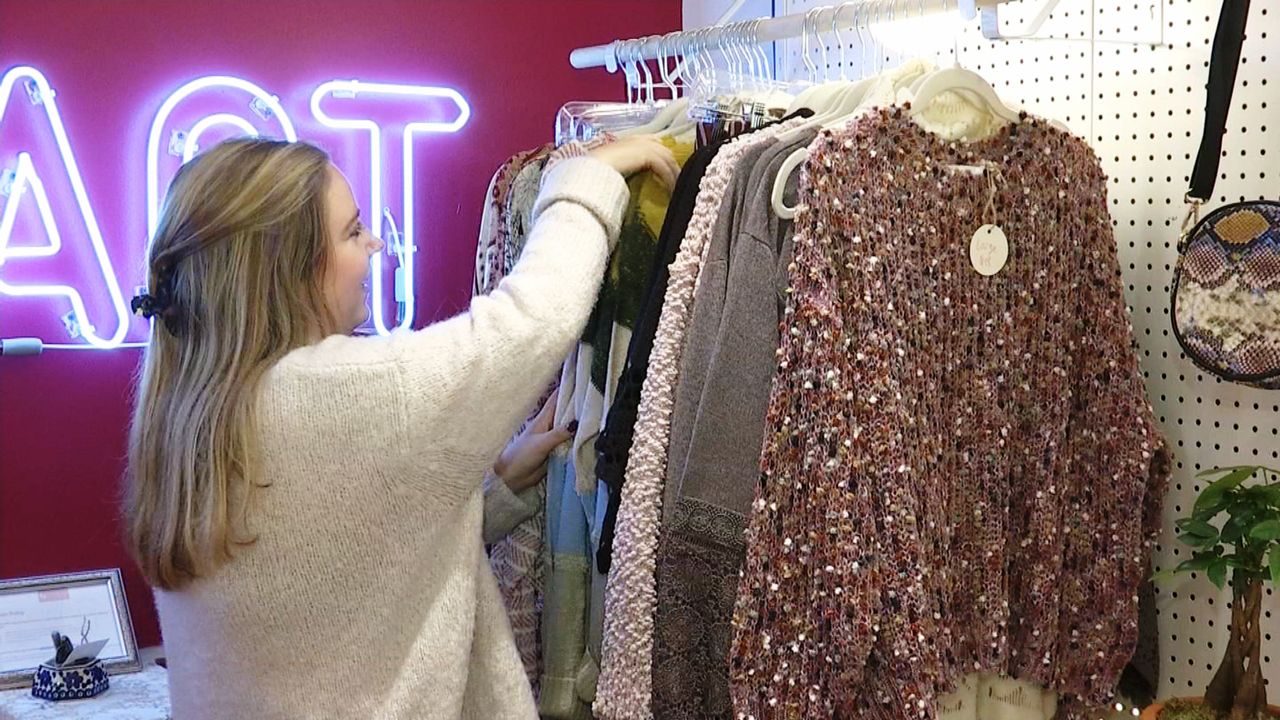 What lies beneath the 59th Street Columbus Circle subway station makes a typical commute anything but average; those walking between platforms will discover an underground shopping area where business owners like Gwendolyn Gardner of Simply Chickie Clothing are trying to build their brands.

"You get a lot of the traffic because of the subway. It's forced people, because they have to get a train," said Gardner.

Turnstyle is a marketplace located at the busy subway hub between 57th and 58th streets, which totally transformed the once “blah” passageway after opening in 2016. This year, it launched Popstart, a pop-up space that features up to five retail entrepreneurs on a revolving basis. Emily Englehart is trying to grow her Freshly Cut Boutique at this very marketplace, after previously conducting business online and at other pop-ups.

"They help kind-of figure out how you should put your stuff together, so that was really helpful as a first-time store opener," Englehart said.

Business owners pay less rent than they would at a full size shop, since it's a shared space. Plus, they get help with marketing and infrastructure, like display cases and shelving.

Kathy Mucciolo of Salted Baked Goods started her brownie business using social media and says this was a perfect way to test out the idea of a brick-and-mortar location for her business.

"When you are a new business owner you don't want to have to pay to build out fixtures, that's expensive, so you can just kind of walk in and put your stuff on display," Mucciolo said.

And of course there are plenty of people to see what these folks have to offer and a unique environment to sell their merchandise and creations.

"It is a community and there is a lot of stuff inside of here and we can collaborate and think of different ideas," Gardner said.

"It feels like a collaborative environment. Like everyone down here is super-friendly and there to support you," Englehart said.

If you want to find out more, head to turnstyle.com.