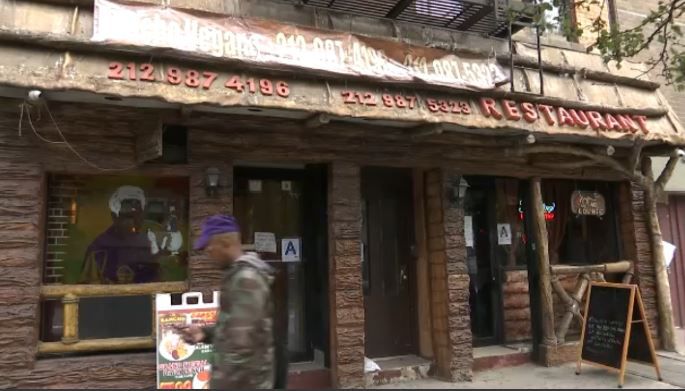 The eight-inch step leading into the Rancho Vegano restaurant on Second Avenue in East Harlem is one of the main reasons the owners are now in legal trouble.

In July, they were hit with a lawsuit, accused of violating the Americans with Disabilities Act.

"We never knew about ADA," says Janssel Nunez, whose family has owned the restaurant for nearly 15 years.

The 17-page lawsuit alleges the restaurant has 43 ADA violations, from bathrooms that are inaccessible to wheelchairs, to a bar that's too high.

“We’re trying to get a lawyer, but the thing is a lawyer is kind of expensive for us right now," Nunez says.

The suit was filed by a Bronx man, Jermaine Deleston.

NY1 found that Deleston and his lawyer, Erik Bashian, have sued at least 79 other businesses alleging violations of the federal law, which requires businesses to be accessible to the disabled.

The law firm Seyfarth Shaw, which defends against ADA lawsuits, says the number of such cases in New York surged more than 300 percent from 543 in 2016 to 2,338 last year. Many of them were filed by a small group of firms.

"It is not necessarily a law that is very forgiving to a business that ignores its ADA obligations," says Seyfarth Shaw partner John Egan. "So businesses have to take it seriously; they have to be proactive about it; and they are dealing with a situation where plaintiffs and plaintiffs’ lawyers are making this into a big business."

Tort reform groups argue that repeat plaintiffs, like Deleston, and their lawyers simply search for businesses that can be sued to make money.

"They're suing everybody, alleging almost the identical same set of facts and then saying I need $25,000 for my legal fees," says Tom Stebbins, the executive director of the Lawsuit Reform Alliance of New York. "That's what this is really about: it's about legal fees."

Bashian would not agree to an on-camera interview, but he told us over the phone that Deleston has the right to equal access and to sue as many non-compliant businesses as he wants.

NY1 went to Deleston's apartment, but he would not speak with us.

The Americans with Disabilities Act was passed 29 years ago. Advocates for the disabled say businesses have had plenty of time to meet the law's requirements.

"What is it like, do you think, for people to want to go out with their families for dinner and get there and find out they can't get in the door?" says Susan Dooha, the executive director of the Center for Independence of the Disabled, NY.

Each of Deleston's lawsuits seeks up to $1,000 in damages, attorney fees, and changes to make the establishments comply with the Americans with Disabilities Act.

Most of the defendants appear to be small businesses. But he and Bashian have taken on some big targets, like the Fontainebleau Hotel in Miami Beach, claiming its website lacks information about accessible rooms.

Seyfarth Shaw says a majority of such cases are settled.

As for Rancho Vegano, Nunez tells us his family cannot afford to pay legal fees and make their leased space comply with the Disabilities Act.

He says the suit could mean the end of the restaurant.

"We would rather just close down if we have to pay that absurd amount of money," he says.