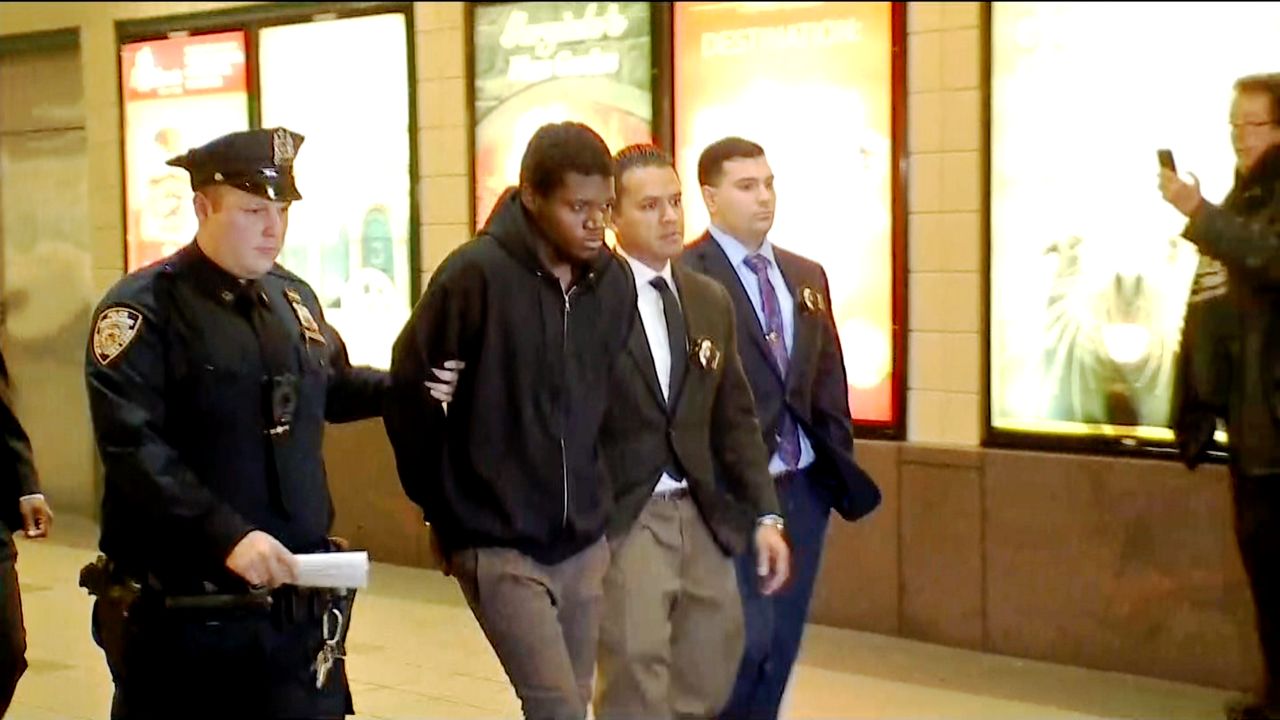 NEW YORK - A city man is now facing a felony assault charge after police say he pushed a woman on a subway platform, slamming her head into a stopped train this week.

The NYPD says video shot Wednesday night shows Isaiah Thompson, 28, shoving someone in a group of people before moving over to push the woman who falls into the train at DeKalb Avenue in Brooklyn.

UPDATE: A man is facing a felony assault charge after police say he pushed a woman on a subway platform in #Brooklyn this week, slamming her head into a stopped train. #MorningsOn1 https://t.co/LWsyhktBiR pic.twitter.com/ESi153Qjk4

It’s unclear if the woman was seriously hurt. The FDNY did not log any transports at the time.

The video went viral and transit officers in the 30th District instantly recognized Thompson as a repeat subway offender.

Surveillance video from months ago showed one of his other stunts when he went so-called "subway surfing" on trains.

Riders who spoke with NY1 say they will be extra careful on the platform.

"It's always horrifying to anyone can push someone onto a subway its one of those things you always think about when you're down there particularly when you're from New York," said oner ider.

In a statement he said, "It’s unacceptable that he be allowed to continue to create mayhem on the subways, mayhem he admits is deliberate, that puts riders’ and MTA employees’ lives at risk."