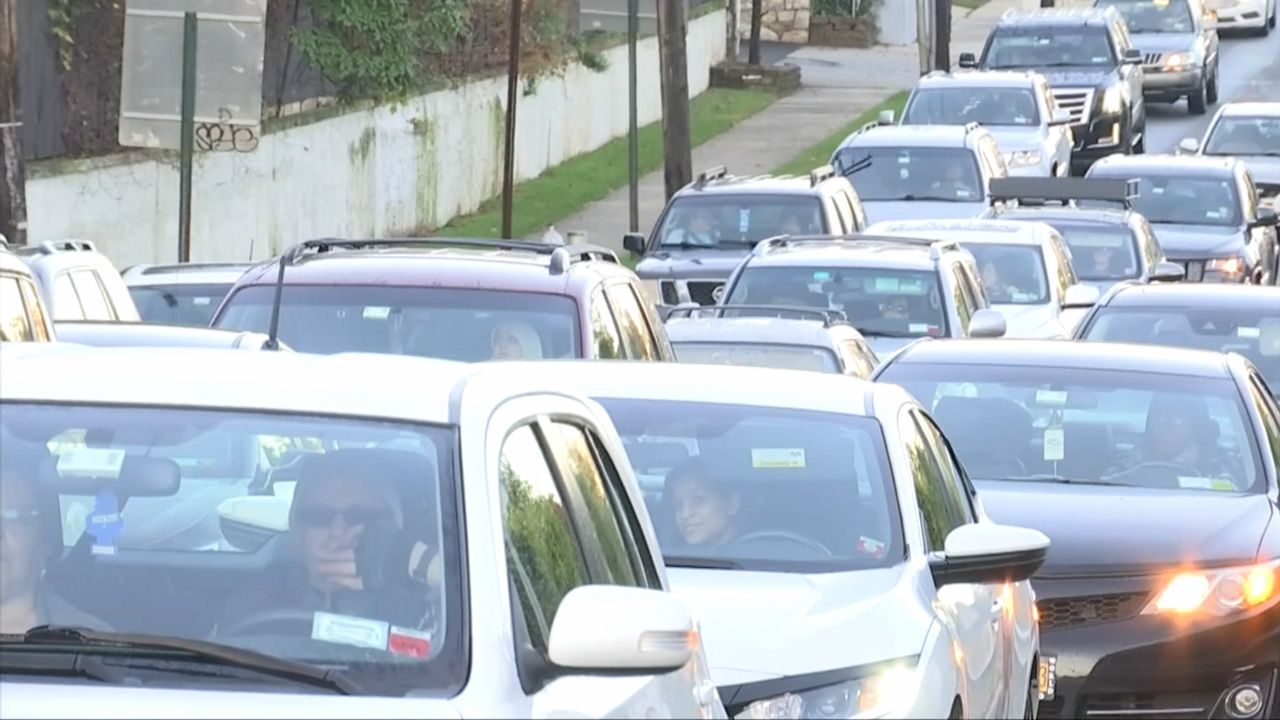 Whether in a car or on a bus, commuting is a big pain for many Staten Island residents.

Sixty-eight percent of residents use their cars to commute, many to and from jobs off the island. The result: roads often are clogged, contributing to commutes ranking among the nation's longest.

To combat the long rides, the city added a HOV lane on the Staten Island Expressway and the MTA overhauled express bus routes to better match commuting patterns, but residents remain frustrated.

"Traffic is an issue, and then if the buses aren't timed correctly, you can be waiting for quite some time," said one commuter.

Part of the problem is that many residents do not live near Staten Island's only rail line, an express bus route or the ferry terminal.

Residents often drive to the train, bus or boat, creating traffic jams on local streets before they even reach their transit stops.

Congressman Max Rose is working towards using a holistic approach to alleviate the problem. He's asked the MTA to study microtransit—small-scale transit services that can help commuters get from their homes to their public transportation options.

HOW DOES IT WORK?

Microtransit service operates on-demand. In Seattle, passengers summon rides through an app. A van picks them up and brings them to light rail and bus lines.

It's also being tested in other cities. In some cases, the service can be provided with fixed routes and schedules.

Rose, who represents Staten Island and parts of Brooklyn, says microtransit would reduce the number of cars on the road, easing congestion and reducing travel times.

"It helps people, provides them an option to get to public transportation rather than driving,” said Rose. “And in the process, what we also do is, for those who choose to still drive, there's even less traffic."

The MTA has agreed to study what a $1 million investment in a microtransit program would look like on Staten Island, exactly how many commuters could be helped and in which communities.