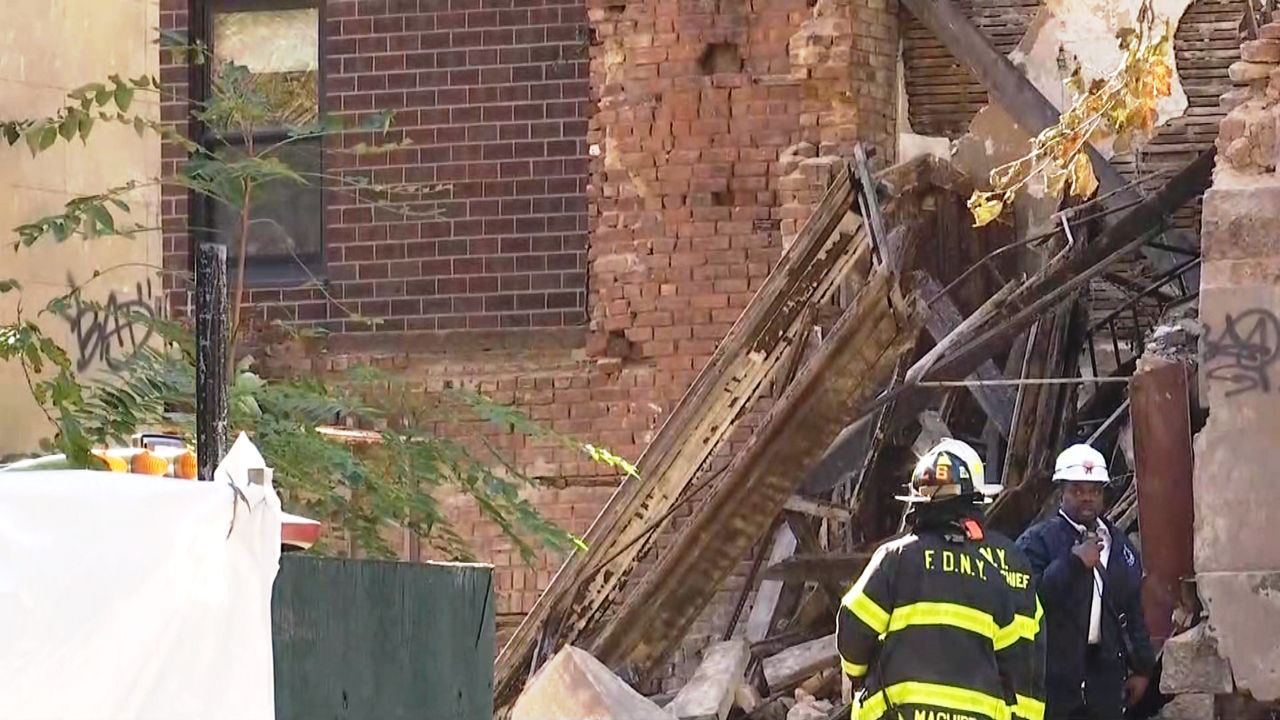 FDNY: One Construction Worker Killed, Another Injured, in Lower East Side Wall Collapse

"We saw the wall slowly collapse," one witness said. "not realizing that there were actually…people on the other side of the wall."

Screams from people who saw a brick wall fall on two construction workers on Norfolk Street just before 10 a.m. Monday on the Lower East Side.

Photo from the scene of a wall collapse at 60 Norfolk St. in Manhattan. Photo credit: @nycemergencymgt pic.twitter.com/NFjyNQDh93

"Our units arrived in approximately four minutes and were faced with two construction workers trapped beneath a wall that had collapsed," FDNY Deputy Assistant Chief Michael Ajello said.

Firefighters pulled the two men from the pile of rubble.

"You could see one had some mobility, the other…it's sad," a witness said.

One of the men was taken to the hospital. He suffered a leg injury and will be ok. The other man was pronounced dead at the hospital.

A fire two years ago destroyed the landmarked 167-year-old building that housed the Beth Hamedrash Hagadol Synagogue. It was empty at the time and actually shuttered 10 years earlier. No one then was injured.

"The building was unsafe," one Manhattan man said. "It's been unsafe ever since it burned down."

The two workers were in the process of demolishing part of the structure when the wall collapsed. They were working for a Long Island demolition company that received a city permit this summer to perform emergency stabilization work. A massive mixed-use development, including a 30-story tower on Suffolk Street and a new synagogue that retains elements of the burned out structure, is planned for the site.

The city buildings department said it was working with contractors to stabilize what was left of the structure.