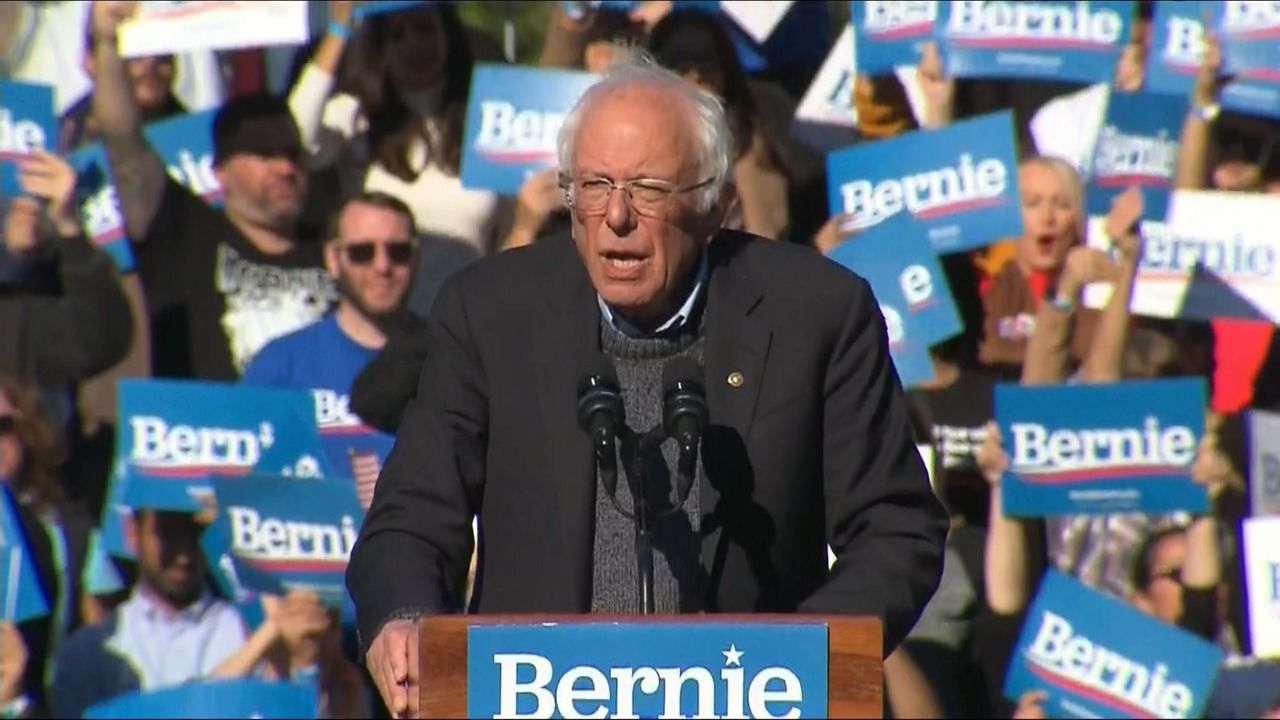 People lined up hours ahead of the Saturday rally, waiting to catch a glimpse of the 78-year-old senator who suffered a heart attack earlier this month and was absent from the campaign trail following a medical procedure.

“I am more than ready to assume the office of president of the United States,” said Sanders to the delight of the thousands who attended the rally.

Saturday’s rally was billed as a comeback event. The security company hired by Sanders’ campaign estimated that as many as 25,000 people turned out in support.

Sanders was endorsed by Congresswoman Alexandria Ocasio-Cortez, who worked on his 2016 presidential campaign and has since become a political powerhouse in her own right. She took aim at the federal government, which for years has divested from the city’s public housing agency known as NYCHA.

Standing in the shadow of Queensbridge Houses, the largest public housing complex in the country that’s  home to 6,000 New Yorkers, Sanders pledged to spend billions of dollars for repairs which have plagued the city’s housing authority for generations.

"Our proposal will provide $20 billion to New York city's public housing authority to repair and modernize its public housing stock, to make all public housing accessible and to provide access to high speed broadband to all of its residents," Sanders said to the cheers of thousands.

“He’s the one that’s speaking the most clearly about these issues,” said one supporter in attendance.

Ocasio-Cortez was not the only New York lawmaker to endorse Sanders. He also secured the backing of State Senators Mike Gianaris, Jessica Ramos and Julia Salazar.