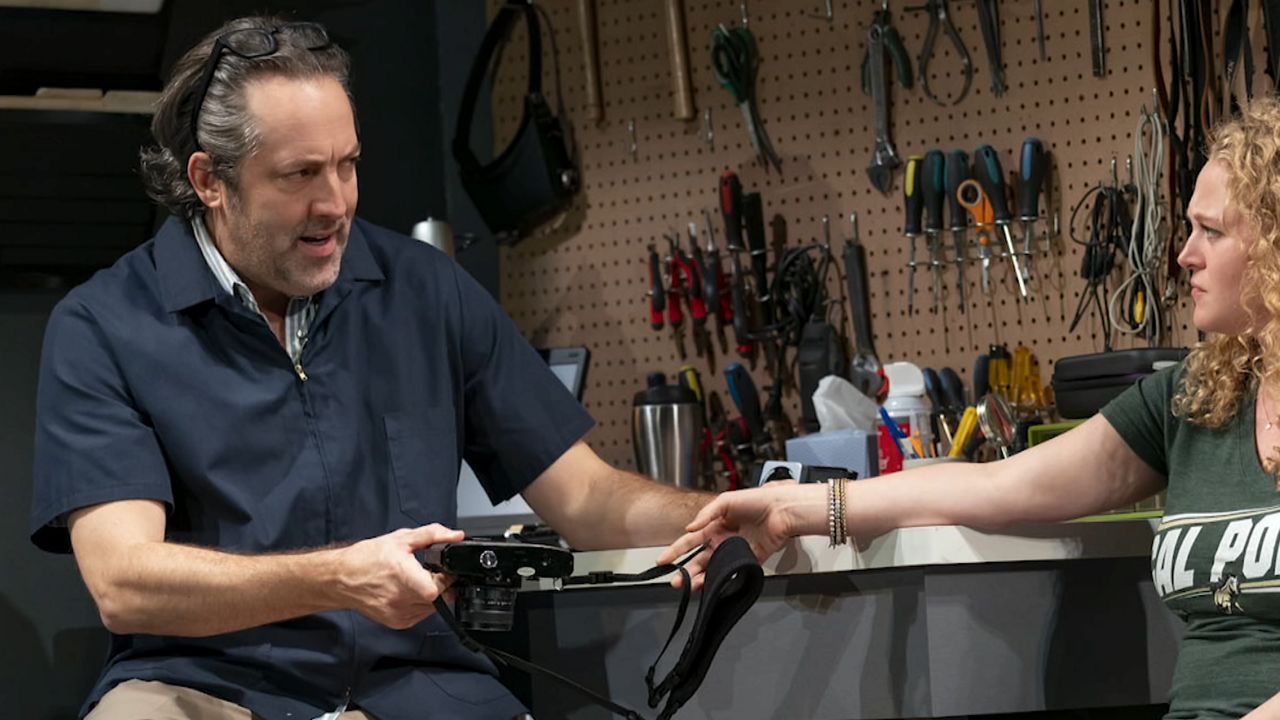 Straight white guys are an easy target these days. So many of them tend to take for granted their dominant status in the human food chain. And maybe because of that, they can be reckless and self-serving. Just such a character is the protagonist in Tracy Letts's play, "Linda Vista," named for a community in Southern California. If not entirely successful, it's a keenly astute and impeccably-acted character study about a man who should have it all, yet turns out to be his own worst enemy.

Divorced and newly moved out of his ex-wife's garage, Wheeler is something of a misanthrope, though his self-denigrating manner doesn't seem to turn off the ladies. It starts like a Neil Simon sitcom with quippy one-liners. But as the play progresses, Letts manages to find a good balance between the comedy and the deeper drama.

Wheeler's friends attempt to fix him up on a blind date with a woman who at first seems to be his polar opposite. She's a chipper life coach with a Master's Degree in happiness. There are two more women in Wheeler's life — both much younger — and Letts has a ball writing the sex scenes. Character revealing in so many ways, they're also exceedingly funny.

Letts has a tremendous gift for capturing misbehavior among and between the sexes. The play is full of plot turns that draw exclamations from the audience. That's a measure of its wide appeal.   But as much as I enjoyed the play, it's uneven and overlong, stumbling in parts with bizarre tangents.

At more than two-and-a-half hours, the play never flags under Dexter Bullard's confident direction. And kudos to the marvelous ensemble led by the outstanding Ian Barford. As a man in desperate need of a lifeline, cluelessly lost in the gravitational pull of middle age, we are with him, laughing and crying all the way.

"Linda Vista" turns out to be an engaging, if flawed, portrait of a modern day everyman who's incredibly smart on the one hand while behaving so inexplicably dumb on the other. The bones of this play are all there, but like the 50-year-old Wheeler, the body could use some tightening.