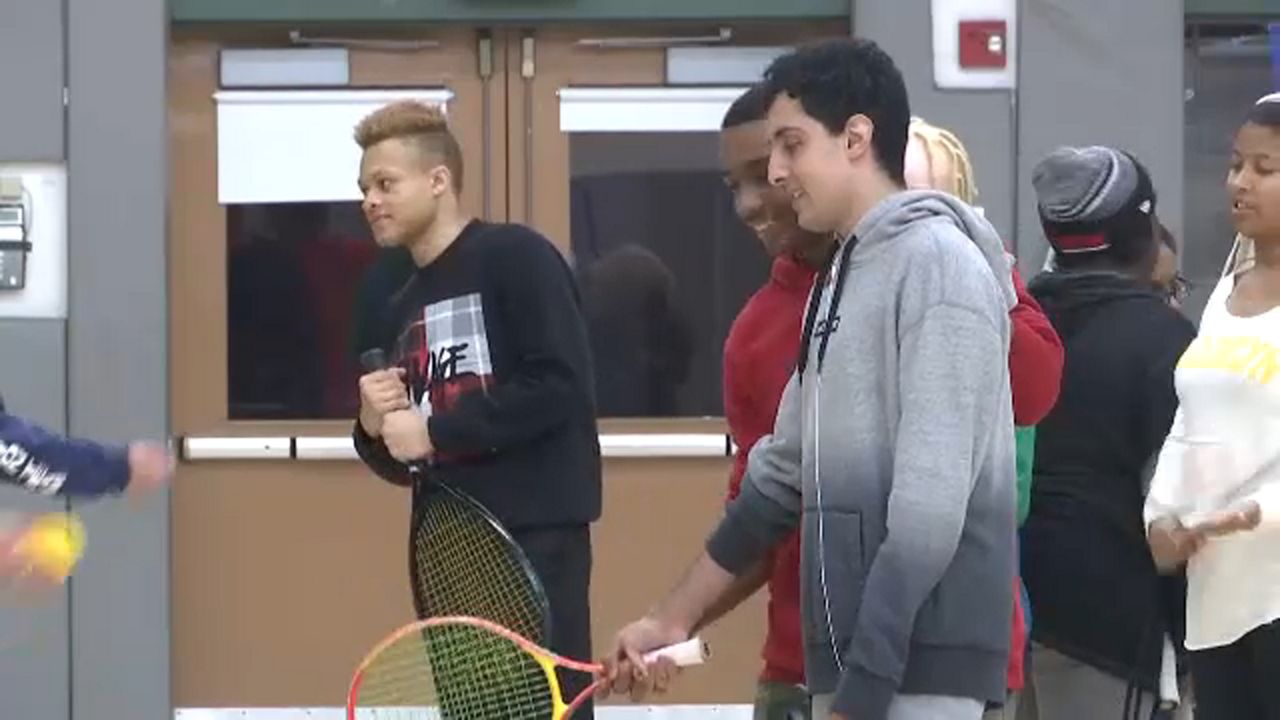 Young athletes in the Bronx prove that you don't need to see the field to be in the game.

Blind and visually impaired students at the New York Institute for Special Education showed off their abilities Friday, October 4th. It was all to celebrate the United States Association of Blind Athletes' National Blind Sports Day.

The young athletes played tennis using balls with bells inside of them so they could hear their targets. They also rode on two-person bikes with sighted cyclists to steer them.

Michael Malcolm a 12th grade student attending the New York Institute for Special Education says "people with visual impairment and blindness abilities can do everything as equivalent to people with 20/20 vision and perfect vision. We have accommodations."

National Blind Sports Day is Saturday, October 5th, but the school wanted to celebrate while the kids were in class yesterday.