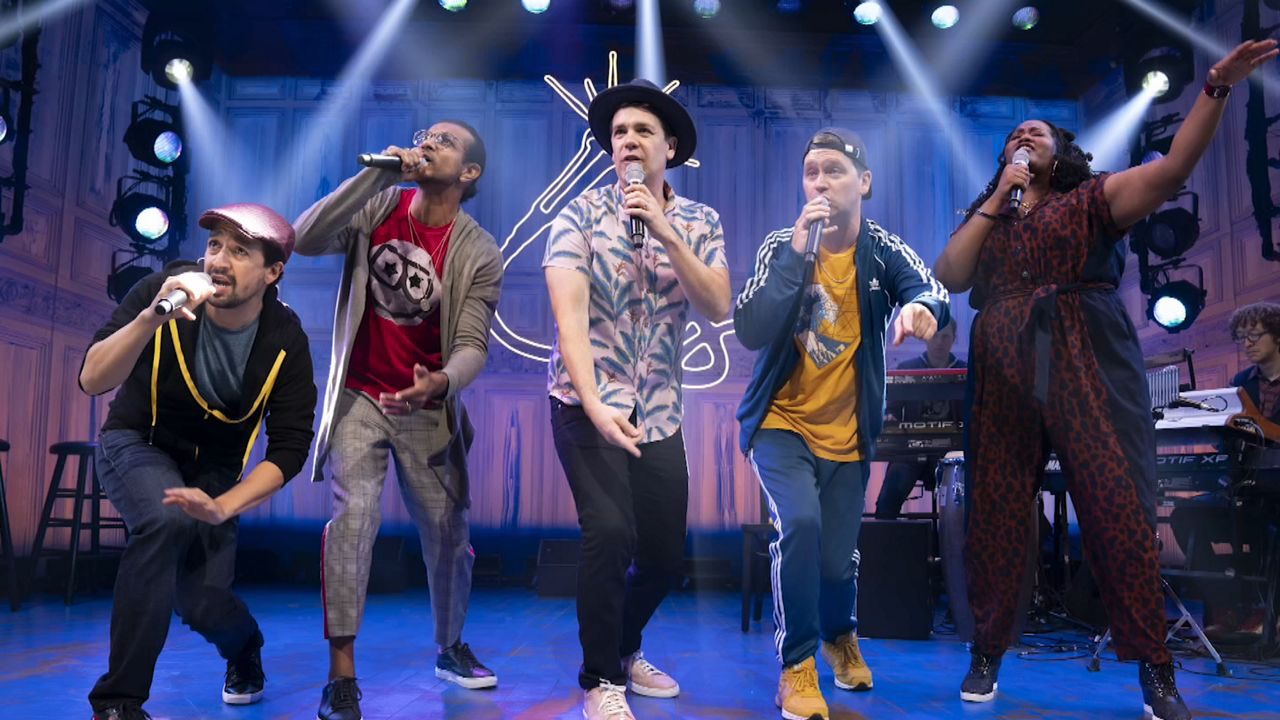 With "In The Heights" and "Hamilton," Lin-Manuel Miranda has singlehandedly inspired a youth movement on Broadway. Incorporating rap and hip-hop in shows nowadays is what's poppin, as they say. But you ain't seen nothin' yet. Along comes "Freestyle Love Supreme," and Lin-Man is breaking ground yet again.

Unfortunately, I have no video to share, but take my word — or rather their word — for it: the entire show is improvised by some of the most uniquely gifted performers never before seen on Broadway. Quick-witted and oh so clever, it's mind-blowing the way they're able to instantaneously turn disparate words and stories into full-fledged raps, rhyming all the way.

The premise, directed by Miranda's longtime collaborator Thomas Kail, is very simple. And, by the way, phones have to go into a sealed pouch on arrival. A pain, I know, but trust me, once it begins, you'll be too awestruck to even think about checking your device. And you'll need your full attention to focus on the lightning speed in which they spin their elaborate raps with words shouted out to them from the audience like "eradicate" and "cottage cheese."

There's a rotating roster of performers. On the night I attended, I saw Anthony Veneziale, who serves as a sort of emcee, musicians Arthur Lewis and Bill Sherman, beatboxer Chris Sullivan, and rappers Utkarsh Ambudkar, Christopher Jackson, and Aneesa Folds.

On any given night, you can also expect special guest appearances by the likes of Wayne Brady, Daveed Diggs, and Miranda himself.

At my performance, it was a thrill to see James Monroe Iglehart. You know him as "Aladdin's" original genie.

I think they're all genies of a sort, magically rhyming without distort. Hats off to Lin-Man and his amazing tribe — it's impossible not to dig their crazy vibe.