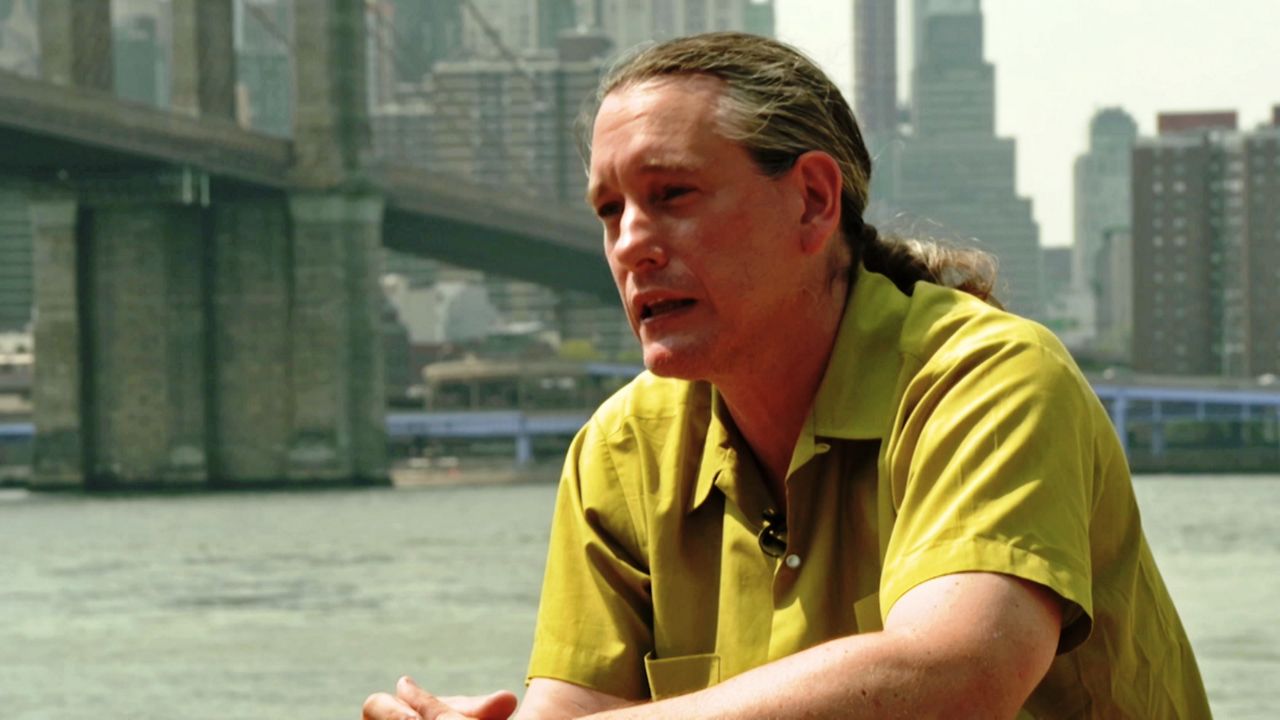 His Family Built the Brooklyn Bridge. Now, He Gives Tours of It.

Walking across the Brooklyn Bridge, past the selfie-snapping tourists and the cycling-riding residents, it's easy to pass Kriss Roebling and not think anything of him. But Roebling has a connection to the great bridge almost no one else has.

"Me and my two sons are the only living direct descendants of the actual builders of the Brooklyn Bridge," Roebling said.

For the last 25 years, Roebling has been giving tours of the bridge, first to friends and now to the paying public.

He often stands with his groups at one of the bridge's soaring stone towers, providing the kind of history you can't get from the plaques along the bridge's railings.

"What I tell you is more so about how family history is filtered from generation to generation through a family," Roebling told a recent tour group. "And not just because I sat around a book and learned facts and figures. I didn't."

Roebling told us he learned about the bridge over family dinners.

He uses that passed-down history to take his groups back to John Roebling's childhood in early 19th century Germany, and the 14 years it took to build the bridge.

Occasionally, he illustrates his points with family treasures.

"This is what John used to design the Brooklyn Bridge," Roebling told a group as he showed them various tools.

For Roebling, the tours are a satisfying side gig, away from his work as a musician and music producer. He feels that sharing the bridge's story allows him to give a human face to a symbol of the city.

"It brings it to life," Roebling said. "So what I have the capacity to do is to make this history into something living again to people, and I think that's a wonderful opportunity."

Roebling admits when he walks over the bridge, he doesn't often think of his family. Instead, he looks up at a cathedral to human engineering and sees a marvelous structure that was the world's longest suspension bridge when it opened in 1883.

"It's neat when I remember it," Roebling said. "I think for the most part, just being a lifelong New Yorker, I just think of it as the bridge we all use."