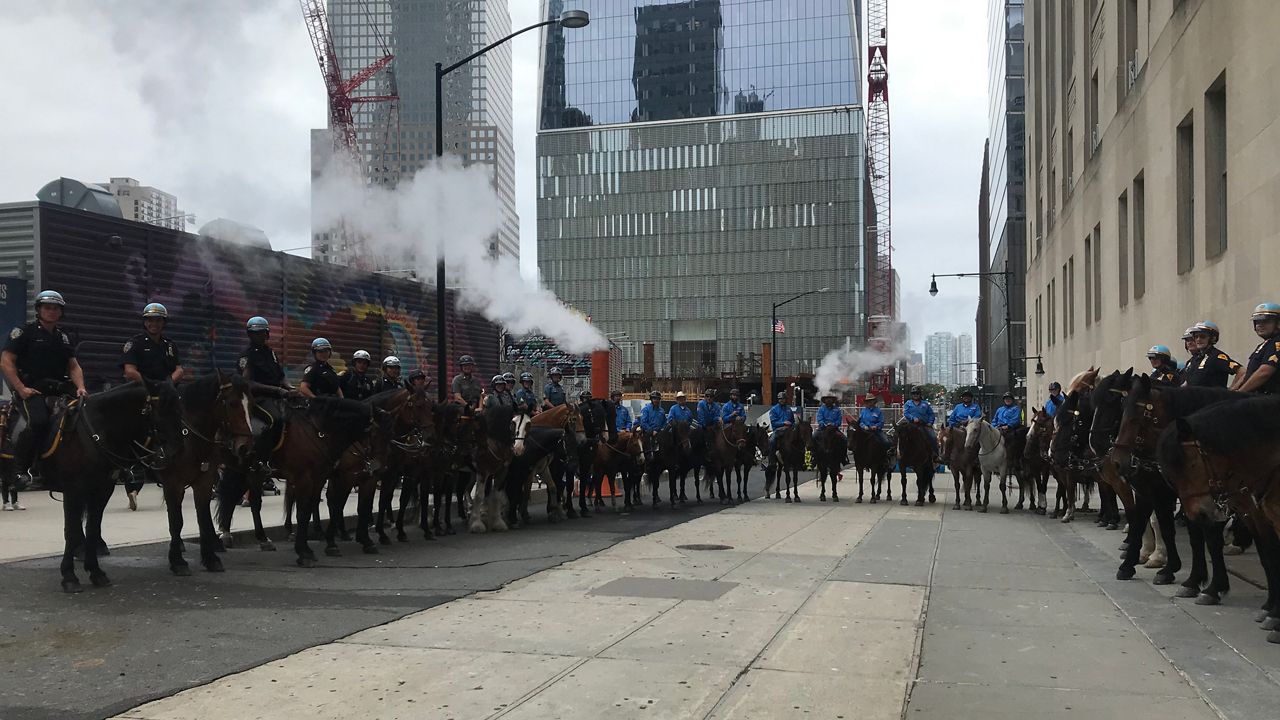 Veterans saddled up for a twenty mile horseback ride through the streets of Manhattan, one for every veteran across the country who commits suicide every single day.

The third annual "Trail to Zero Ride" aims to change that statistic.

"We want the public to know that those veterans matter, but we also want to let veterans know who are struggling and in need to really get help," said Meggan Hill-McQueeney, the President of BraveHearts.

Veterans rode horses through the busy streets of major cities to spread the word about the mental health crisis plaguing the men and women who have served in the armed forces, a cause near and dear to Army vet Mitchell Hedlund.

But Hedlund is not alone.

Thirteen other veterans who have either struggled with suicidal thoughts or lost someone to suicide also saddled up for the ride.

"A lot of veterans out there don't think that people care and they think that they can’t be seen and it is not true, horses can see you wherever you are," said army veteran Trecia Rodgers.

All the horses in the ride were therapeutic horses providing emotional and social support to veterans struggling with depression or post-traumatic stress disorder.

"With Hero here, he saw my fears. I was able to finally see them and start conquering them. No only my fears, but my trust issues, so I started working with that. Not only with him, but with myself. Together, we grew and now we are in New York City and both of us aren't scared,” added Hedlund.

BraveHearts, the largest equine therapy program in the country, pairs veterans with horses at no cost.
And according to the nonprofit, studies show major benefits for veterans working with the animals.

That’s why Army vet Trecia Rodgers wants to get the word out about this unconventional form of therapy.

"It is amazing what they do on all aspects, both emotional and physical," added Rodgers.

The New York City ride was the second of three during Suicide Prevention Month.

At the start of September, a "Trail to Zero Ride" was held in Washington DC and they will close out the month in Chicago.