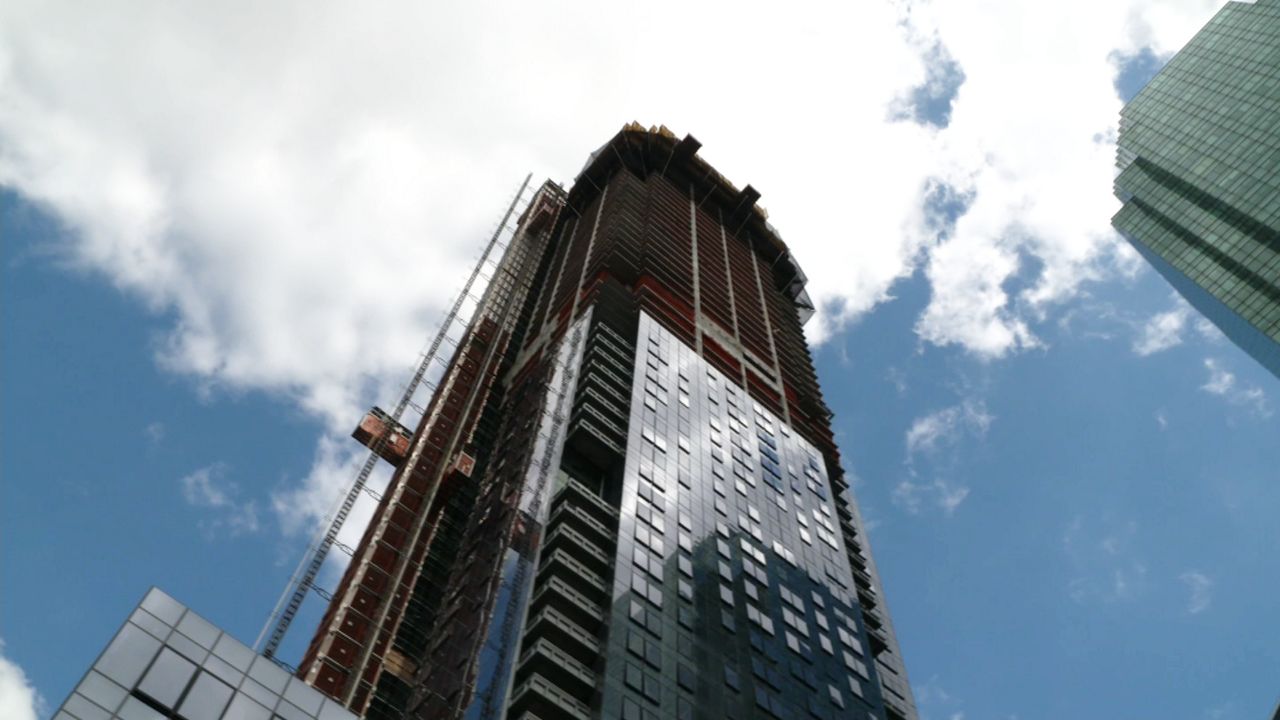 "It's incredible. I mean, you go to Manhattan, you're never going to find a view like this anywhere," William Xu says. "It's a view that you're only get on the other side of the river."

Queens-born William Xu looks over the Skyline Tower with pride. He's supervising its construction for the United Construction & Development Group.

Workers poured the concrete for the 63rd floor Friday, making Skyline Tower the tallest New York City building outside of Manhattan. It's now 11 inches taller than its neighbor, One Court Square, formally known as the Citicorp Building.

Next month, Skyline Tower will top out at 67 floors, standing 775 feet.

The reason this building is able to go so high is because, in part, when the company purchased the land in 2014 from Citigroup, it also bought air rights from Citigroup and CUNY across the street as a package deal.

But, unlike One Court Square, this will be residential. 802 condos, studios to four bedrooms, ranging from more than $600,000 to over $4 million.

(Renderings of some of the future apartments of Skyline Tower.)

"We've actually sold, to date, 215 units," said William Xu, who is a vice president for United Construction & Development Group. "We only started selling in May, so, I mean, it's pretty incredible for us. We're pretty thankful to our sales team."

That's despite the ups and downs of the neighborhood.

Amazon's planned corporate complex with 25,000 jobs would have been in its shadow, but after fierce opposition, the company dropped the proposal.

Skyline Tower's bragging rights as the tallest building in the city outside Manhattan will be short lived, too. (A rendering of 9 DeKalb Avenue.)

Both projects reflect a growing willingness by developers, companies, and condo-buyers to move outside Manhattan, where real estate is less expensive.

The Skyline Tower likely will remain the tallest building in Queens for some time; nothing has been proposed that would overtake it.