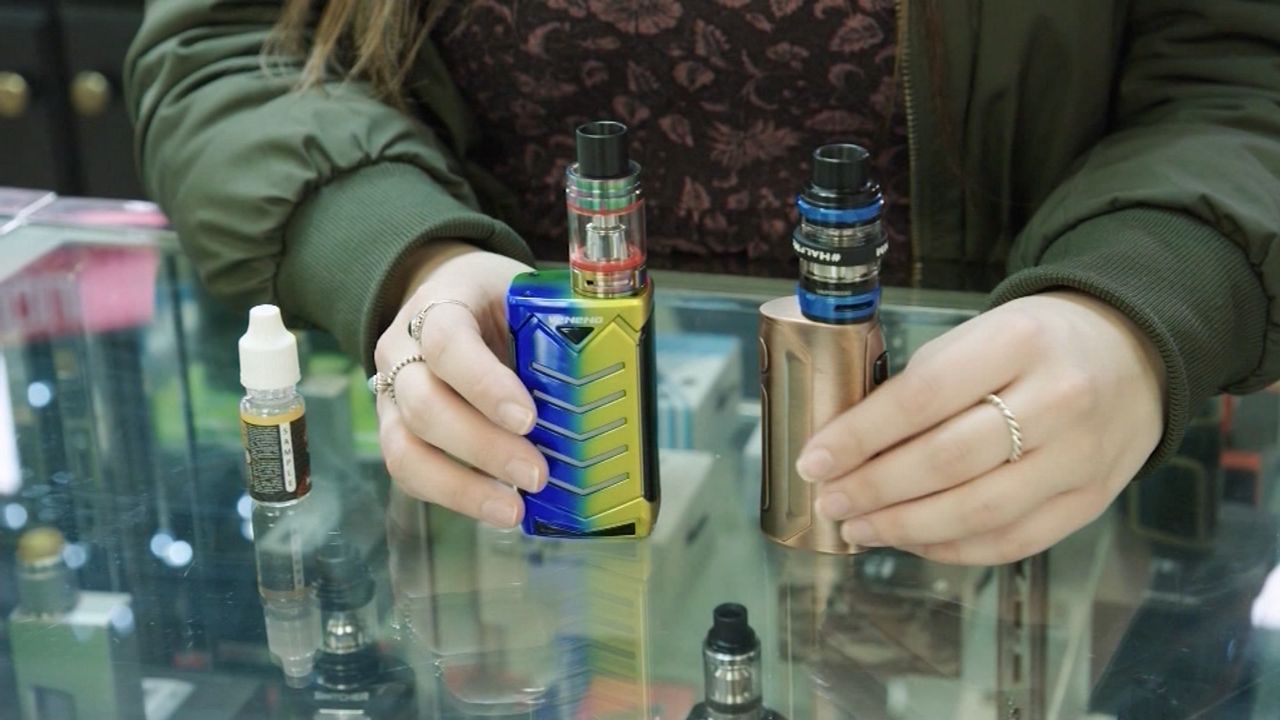 The federal government is cracking down on electronic cigarettes.

"People are dying with vaping, so we're looking at it very closely. We can’t allow people to get sick, we can’t have our youth be so affected," President Trump said Wednesday.

The Trump administration announced Wednesday the FDA will ban all flavored e-cigarettes amid calls to address an outbreak of pulmonary disease that's sickened hundreds and killed at least six people this year.

The culprit? Vaping, according to the CDC. The practice has become increasingly popular in recent years. Users inhale a mixture of nicotine and oil heated by this battery powered e-cigarette. Councilman Mark Levine has introduced legislation to ban the sale of all flavored e-cigarettes.

"Kids are being hooked by flavors, flavors of these cigarettes ranging from mango to cherry to bubblegum that are obviously designed to appeal to young people. This is a very dangerous habit with nicotine and other chemicals that could be harmful to kids," Levine said.

But some health experts disagree, saying having flavors as an option is a key component of quitting cigarettes. David Abrams, a Professor NYU Global School of public health said

"I do believe there is some strong evidence that vape products are far less harmful than smoked tobacco and that they could save millions of lives. Flavors have been a very important part of attracting smokers who otherwise couldn't quit."

Juul, which holds 70 percent market share has made some efforts to limit the availability of flavored pods. The company recently pulled them from retailers, making them available only on their website. "We strongly agree with the need for aggressive category-wide action on flavored products. We will fully comply with the final FDA policy when effective," said a spokesperson.

There is concern among experts that counterfeit, black market pods with altered ingredients are making people sick. They also point to use of THC oil as a possible reason behind the deaths.

Earlier this week, Governor Cuomo announced he would introduce legislation to ban the sale of flavored products statewide.

The FDA is finalizing guidance to remove all non-tobacco flavors of e-cigarettes within 30 days. Companies could reintroduce their flavors at a later date, but they will have to submit a formal application and receive approval from the FDA.