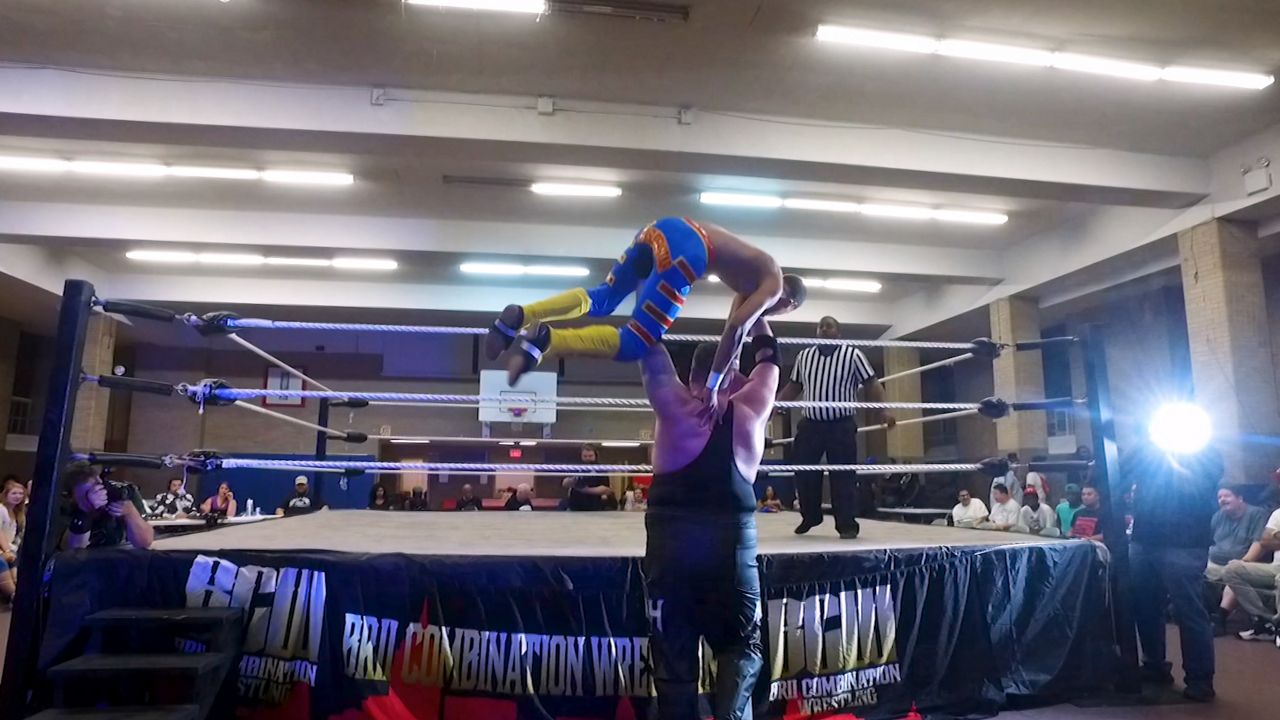 The Independent New York Wrestling Scene Is Flourishing and Ferocious

Our new series, "New York Unfiltered," goes underground to take a look at some of the city's colorful personalities you don't hear about, who are hiding in plain sight.

New York's independent wrestling industry does not rake in nearly as much money as its WWE counterpart, which is capable of rocketing its performers into superstardom, earning them lucrative contracts and millions of diehard fans around the world. But the passion and pride that goes into New York's thriving underground wrestling scene is arguably just as ferocious and fervent.

"Independent wrestling is interesting," he says. "It's basically in your face. It's a more intimate setting. Lots of big arenas, you're far [away], you're in nosebleeds. The independent shows, [if] you are in the front row, you might get hit."

In this burgeoning indie wrestling market, finding a show — and a crowd willing pay to see it — is easier than ever, says the Bushwick Beast.

"So many companies run shows that every weekend you can find a show in New York City," he says.

The event that NY1 attended was staged by BRII Combination Wrestling, better known as BCW, of Brooklyn.

"It's absolutely amazing that you can go in your own backyard," says one fan. "I mean, I live five minutes away and I'm here at wrestling."

"Once a month, on a Friday, we come together and we put on a huge show," says Anthony Cole, the owner and CFO of the BRII Combination Entertainment. "I probably have about 40 male wrestlers and I have about 30 female wrestlers."

In a sport that, at times, has been hostile to its female wrestlers, the reigning female champion of BCW says it's sometimes a mixed bag.

"It has its ups and downs because we're females and that's already a strike against us in a competitive sport, but I'll go down in a ring," Faye Jackson says. "I'll beat somebody up."

She's the champ right now, and she isn't afraid to say it. Plus, she's got the hardware to back it up.

She says her fans, which include plenty of young girls, look up to her.

"Yes. I get that and I get a lot of plus-size women. And they're like, 'I just can't believe you're doing this!'" Some of the wrestlers are New Yorkers, but most are from out of state.

Independent companies like BCW are kind of the minor leagues to the billion dollar WWE, by far and away the biggest force in pro wrestling.

TJ Marconi has been on the circuit for nine years. From to 9 a.m. to 5 p.m., Monday through Friday, he's an account manager for a security company. On weekends, he wrestles for outfits like BCW.

How and why does someone get into this in the first place?

"At six years old, I was watching WrestleMania with my grandmother and I just got hooked," Marconi said.

BCW is also a side-hustle for its CEO Anthony Cole, who cofounded it three years ago.

"Believe it or not, I'm an IT professional," Cole says. "I write code and I build programs for finance companies. I just felt there was a lucrative opportunity in this wrestling, and so far we're doing it."

Fans can follow along at home through live-streamed matches and podcasts. In person, the audience interaction is part of the entertainment for the diehard fans.

"I get an adrenaline rush and I hear people cheering for me. I feel like a million bucks," says Penelope Stamos, a referee for the matches.

The glossiness of the WWE is nowhere to be found here. Independent wrestling is all grit. And that's just the way they like it.​