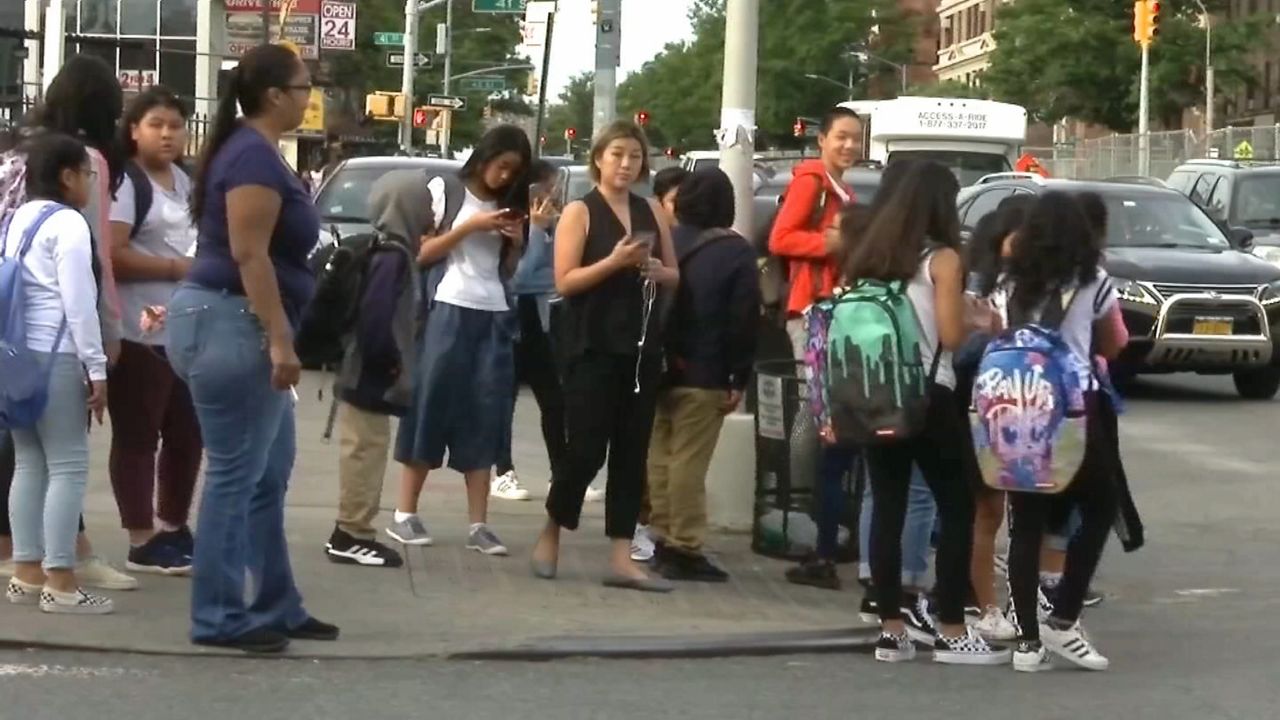 Students heading to Sunset Park Prep and the Charles Dewey Intermediate School had a lot to navigate as their summer vacations ended, from construction projects to the first-day-of-school jitters.

"I don't know what to expect in middle school so I feel a little nervous and excited at the same time,” said 6th grader Christian Pagan.

But this school year there is another new experience, desegregation.

The schools, which share the same building in Sunset Park, are among the first in the city to undergo an integration plan. Throughout District 15, which includes the wealthier neighborhoods of Park Slope and Windsor Terrace, the academic screening process was eliminated and middle school students were chosen by lottery.

"The process forced us to look at all the different schools so we went and visited all the schools in the district. The environment seems like the kids are very content so we felt like it fit my son's personality,” said Selig.

"The principal was nice and it seemed like a nice school,” said the 6th grader.

According to the Department of Education, the new process has made the schools more diverse.

At Sunset Park Prep 80 percent of the incoming students qualify for free lunch, are English Language learners or temporarily homeless, down from 91 percent last academic year.

Simone Hannah-Clark also traveled with her son from Park Slope.

"We had heard a lot of great things about the school so we put it high on the list. We put it number one actually so we got our first choice,” said Hannah-Clark.

At Charles Dewey the percentage of students who are economically challenged, learning English or are homeless has fallen to 67 percent, from 91 percent. Sasha Sanchez who’s a teacher says the change in the building is visible.

"It's working out great. It's nice to see different type of kids in the classroom and everyone's learning and we're all culturally responsive so it's a really good feeling. You see the diversity within the school now,” said Sanchez.

Whether student achievement at the schools improves is still to be determined. But on the first day of a new school year and a new integration plan, there's optimism.