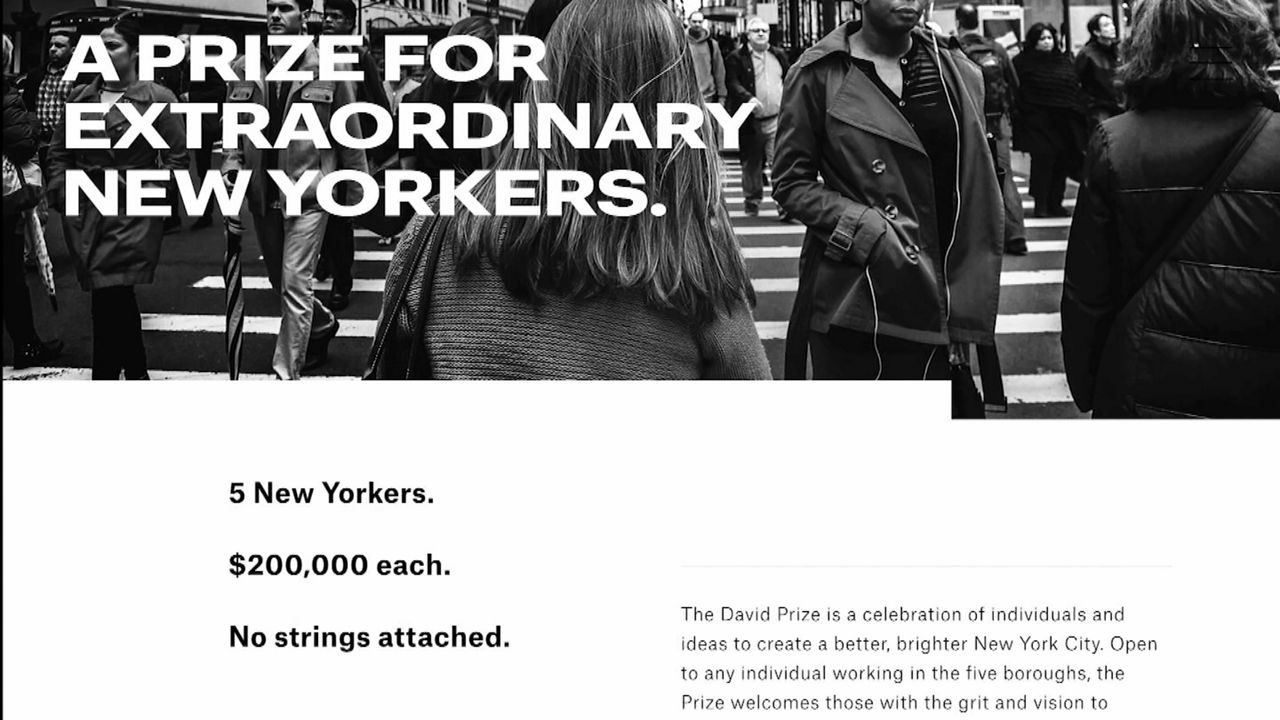 Billionaire Brooklynite is Looking to Find and Fund New Visionaries

But in the 1970s, this former industrial area by the Manhattan Bridge was desolate and dangerous.

That's when developer David Walentas scooped up properties here for a song, with a vision to rezone the neighborhood and attract artists, residents and tourists.

“People come to New York City to go to SoHo and people will come to New York someday to come to DUMBO. It'll be one of the great waterfront districts in the world with magnificent views," said David Walentas in a 1999 interview with NY1.

It was his second transformation of a neglected community. The first was SoHo in Manhattan. Now The Walentas Family Foundation is looking for New Yorkers with a vision to transform their communities launching The David Prize, a contest to identify five bold New Yorkers every year and reward each of them with a $200,000 prize.

"We're not rewarding people the way the Nobel Prize does for a lifetime of work. We're really trying to give confidence and energy and a feeling of wow, I'm making a difference and I'm making an impact to people who are much earlier in their trajectories,” said David’s son Jed who also heads Two Trees Management.

Jed Walentas says award winners will need to demonstrate how their ideas and vision contribute to the fabric of the city. He says his father is now 81 years old and although not as active in his company TwoTrees Management, will help choose the winners.

"I think this is more about his kind of personal traits of tenacity and pushing through long odds against. And also a real love and identification with New York,” said Walentas.

Applications are now open at thedavidprize.org. The goal is to have winners representing a cross section of the city.

"We're not looking for people in real estate. And from a personal standpoint, I think all of us are trying to learn about parts of the city and places in the city and things going on that we know nothing about,” said Walentas.

In a city of 8.5 million people, the foundation hopes to find undiscovered trailblazers. They say the prize money will have no strings attached.

Winners of The David Prize will be announced in the Spring.