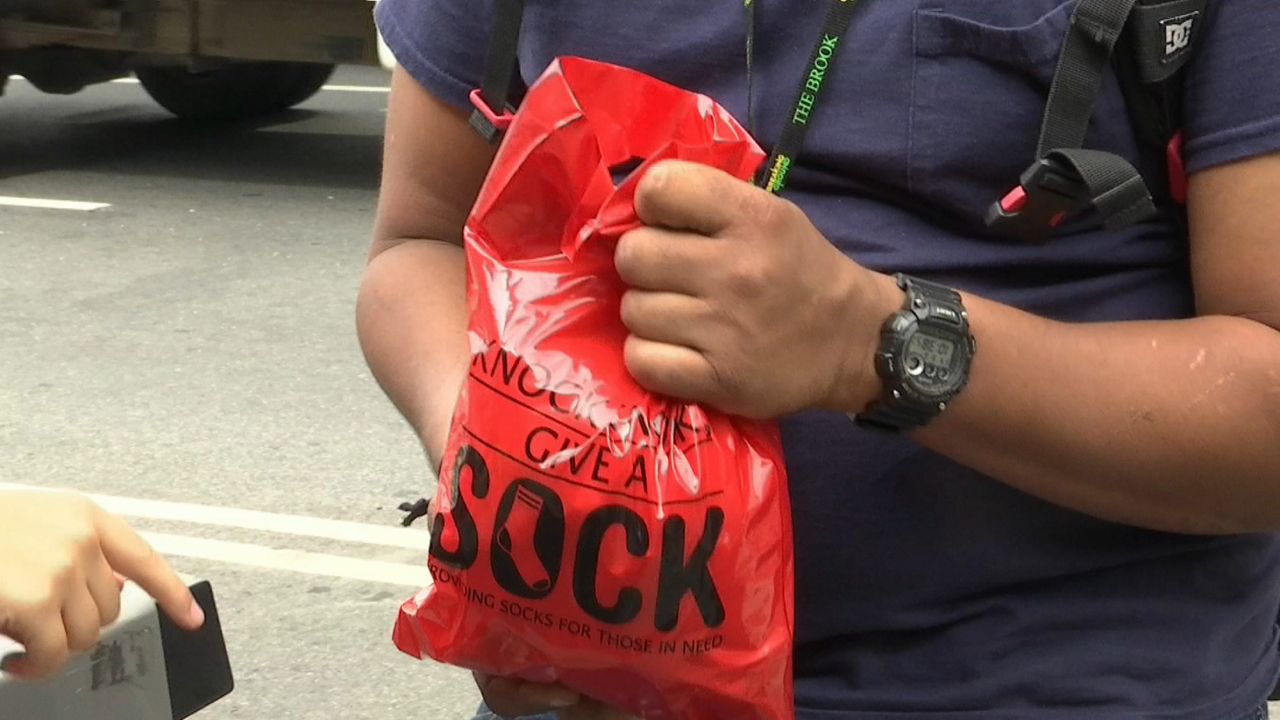 For This Activist, All it Takes is a 'Knock' to Donate Socks to Homeless New Yorkers

"Do you want a pair of socks?" Adina Lichtman asks a man in Midtown.

As the founder of Knock Knock Give a Sock, Lichtman is on a mission. She started the nonprofit to make sure homeless New Yorkers don't go without what many have a drawer full of.

"I was giving out sandwiches to some of my neighbors living on the street and one guy said, 'Ma'am, it's so nice you're giving out sandwiches, but one thing we could really use is a pair of socks,'" Lichtman recalled. "So I decided to go and knock on every door on my floor, and in about 15 minutes I got 40 pairs of socks."

That was four years ago. Since then, Lichtman has collected and given out more than one million pairs of socks to the city's homeless.

"Feet hurt out here," one homeless woman said. "We're on them all day, in all types of weather."

Lichtman says not wearing socks can lead to many health issues. In the summer months, going barefoot or wearing dirty socks can lead to fungal infections. During the winter, cold temperatures can cause frostbite.

Lichtman started her organization while a sophomore at New York University. She now has several corporate sponsors.

She says her work is not just about the socks, but the human interaction.

"I think really focusing on how we can lock eyes with someone, and then go beyond just locking eyes and not look at the floor but genuinely go over," she said. "If you have an extra five minutes before your meeting to go over and have that conversation. If you're going to put a dollar in their cup, learn their name."

As part of its goal to humanize the homeless, the organization hosts "meet your neighbor" dinners, where locals dine alongside those living on the streets. Everyone leaves with two new pairs of donated socks, one to keep and one to pass on to someone in need.

For more information on upcoming events and how to get involved, visit knockknockgiveasock.org