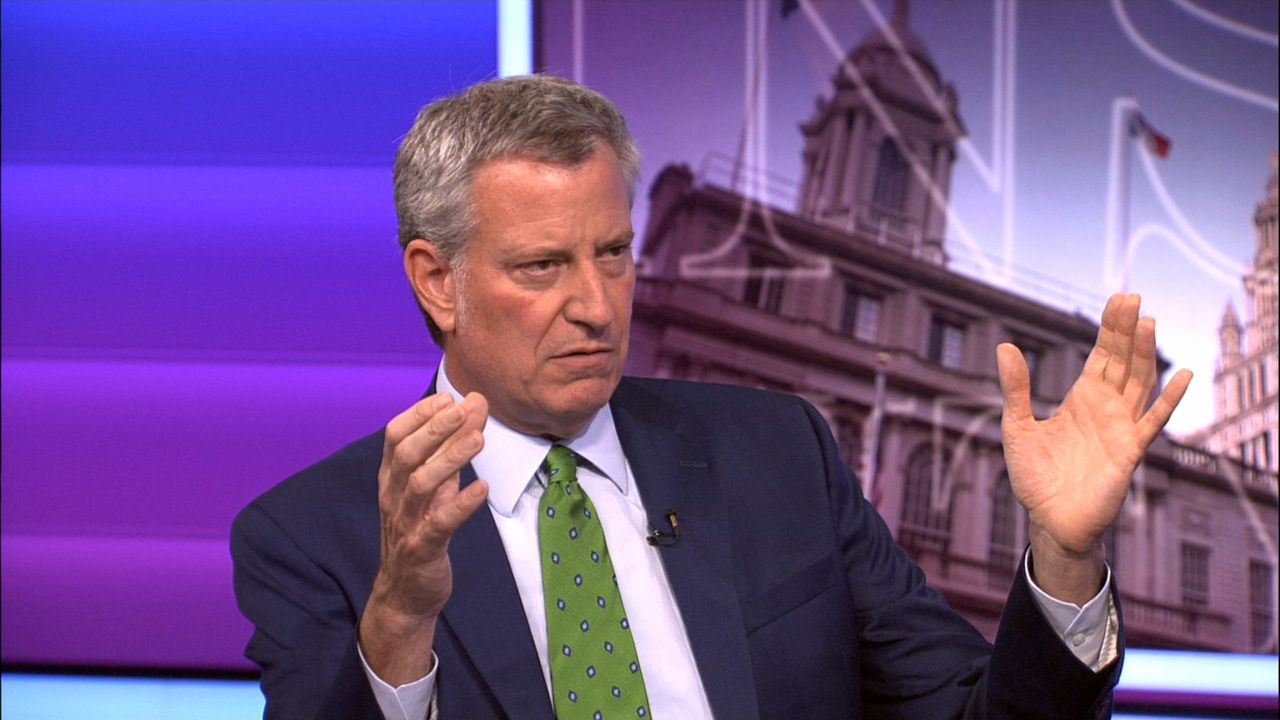 He didn't seem to get the campaign boosting-moment he had hoped for during Sunday's CNN town hall meeting, but Mayor de Blasio isn't sweating the numbers.

Speaking on NY1's “Inside City Hall” Monday's with the Mayor segment, de Blasio said a nationally televised town hall is part of what is needed to reach voters.

"I felt really good about it, a televised town hall, televised nationally a whole hour is a very powerful vehicle for getting a message out. So this was an important moment for my campaign to get a chance to talk to the American people and I don't know the exact number, but it was a substantial audience for sure," de Blasio said.

The numbers show only 376,000 viewers tuned in to de Blasio's Sunday town hall, according to preliminary Nielsen data — a big Sunday night ratings dip for the cable network.

But Sunday's event was not a ratings bonanza.

CNN's Sunday viewership showed a 25% drop from its average Sunday night  during the two hour event, which started with Montana Governor Steve Bullock.

The mayor's struggling campaign did show a small sign of life on Monday. The most recent Monmouth University Poll showed de Blasio polling at 1%, a slight increase from previous counts which have shown him at 0%.

"I'm looking for 2% percent or more, but a national poll had me at 1%, had me ahead of a number of candidates, that's a step in the right direction. There is a lot more to do," he said.

Still, the numbers won’t be enough to qualify him for the next round of debates. De Blasio, however, is staying optimistic.

"The vast majority of voters are not going to lock down their choice until the final week or ten days, so there is a lot of time for people to consider the options," de Blasio said.

The mayor also defended a recently announced policy that would overhaul the permit process for hotel developments. City Hall has directed the Department of City Planning to implement a new permit system citywide. It would limit hotel development and require new projects to go through the land use process. The policy has long been a priority of the Hotel Trades Union, the sole union backing the mayor's presidential bid.

"This is who I am as human being, who my team is. We make decisions based on the merit and the facts. This discussion of permits goes back years and years, multiple meetings," he said.

The Hotel Trades Union is the biggest donor to the mayor's presidential bid. Despite their support, the mayor is unlikely to make it on the debate stage next month.