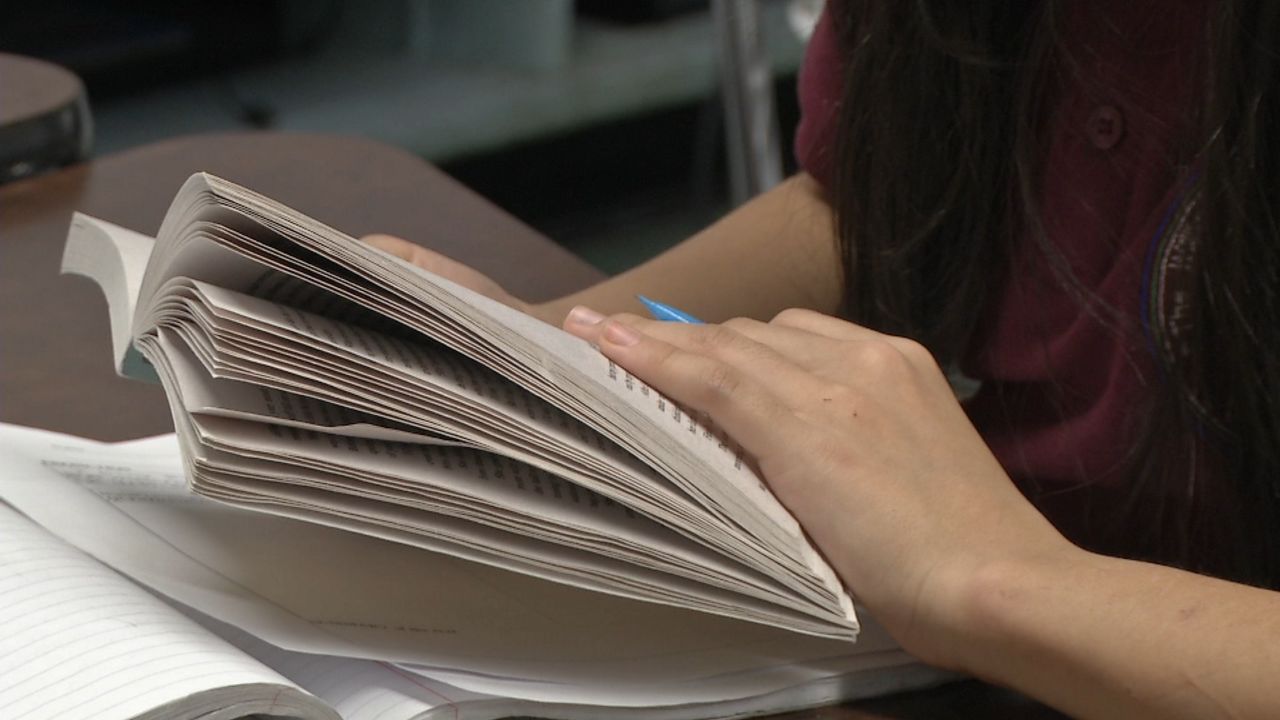 Citywide, nearly 46% of students in grades three through eight passed the state math exam this year, an improvement of about three percentage points from the previous year.

There was a smaller increase in English scores with just over 47% of students passed that exam, an improvement of about one point over the previous year.

In announcing the test results, the mayor and his school chancellor zeroed in on the scores of third graders: children who were four-years old when the de Blasio Administration began phasing in universal pre-K.

Third graders had the highest pass rates of any grades, with 53% on both the English and Math tests.

Close to half of those third graders had been in city pre-K in its first year.

“Students who went to pre-K for all are outperforming students who didn’t,” Carranza said.

"The opportunity gap is persistent and it plagues us in our education work, yet in NYC we're starting to see the signs of narrowing that opportunity gap," Carranza said.

For all students in grades three through eight, wide racial disparities remain.

Once again, white and Asian-American students performed far better, on average, on the math and English tests than black and Hispanic students.

But among third graders who attended universal Pre-K, those racial gaps were five to seven percentage points smaller this year — another sign, the mayor said, his signature program is working.