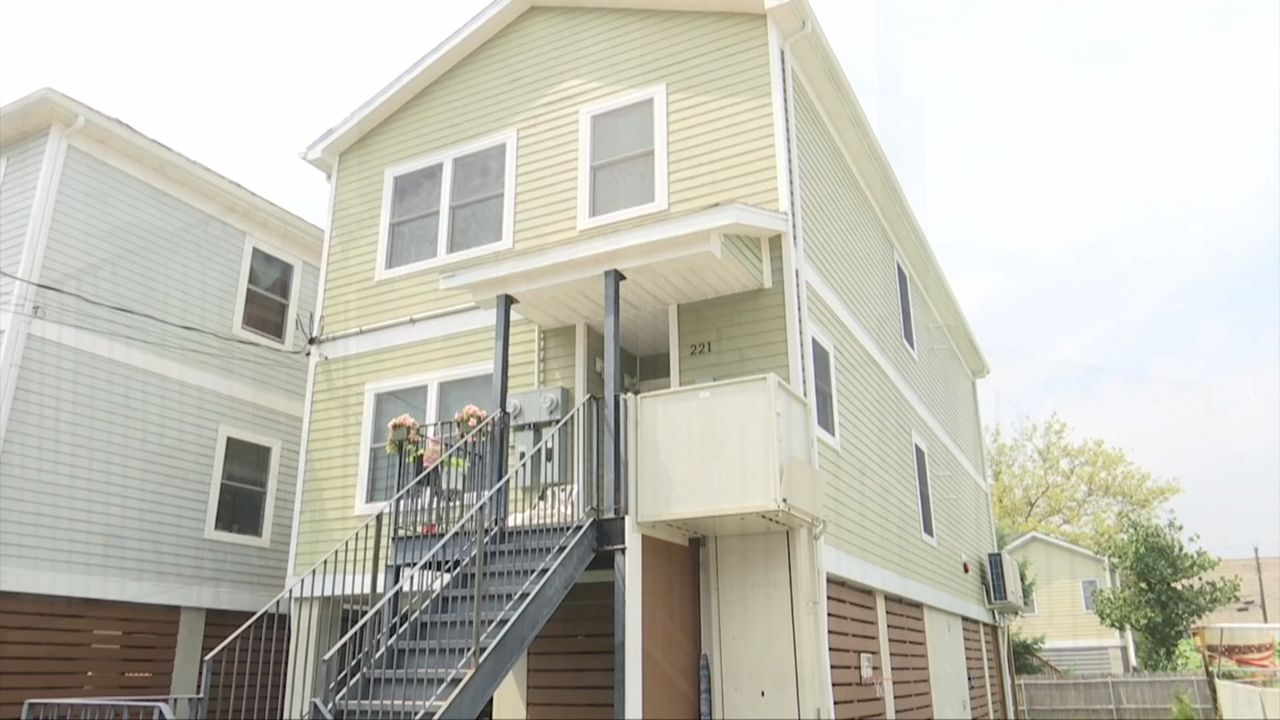 A Staten Island home that a Build It Back contractor says he worked on but is still waiting to be paid for it. Amanda Farinacci/NY1.

A new modular home at 221 Baden Place on Staten Island is elevated to protect it from future floodwaters.

It was completed two years ago under the city's storm recovery program, Build It Back, replacing a home wrecked by Hurricane Sandy.

But a contractor who worked on it says he's still waiting to be fully paid.

"We did all the work because they gave us verbal and email approvals," said contractor Gregory Manouselakis . "So we agreed, we said, 'Fine, we'll get it done, we'll get it done.' Now, the amount we're supposed to get paid right now, like I said before, pennies to the dollar."

Manouselakis and two other small contractors who elevated or repaired dozens of storm-damaged homes in Staten Island and Queens say they are owed close to $2 million for change orders approved by Build It Back. The change orders were for additional work they performed that was not anticipated when the initial contracts for the homes were signed.

"This is money that the city said they owe me, but now they're refusing to pay," said contractor Roque Schipilliti.

The group of three is just a small part of what is a larger group of contractors who are owed money by Build It Back. They believe there are more than two dozen other contractors currently fighting the program over payment.

Build It Back says these claims are "categorically false" and that the implication that the $2.2 billion federally-funded program is out of money is simply not true.

The program says contractors were warned that change order approvals were tentative, subject to a full review by Build It Back's auditors to determine if the work complied with federal spending guidelines.

Build It Back says there is an appeal process for contractors challenging the program's decisions, a process that can end in court, which is where these contractors say they're headed if they are not paid.