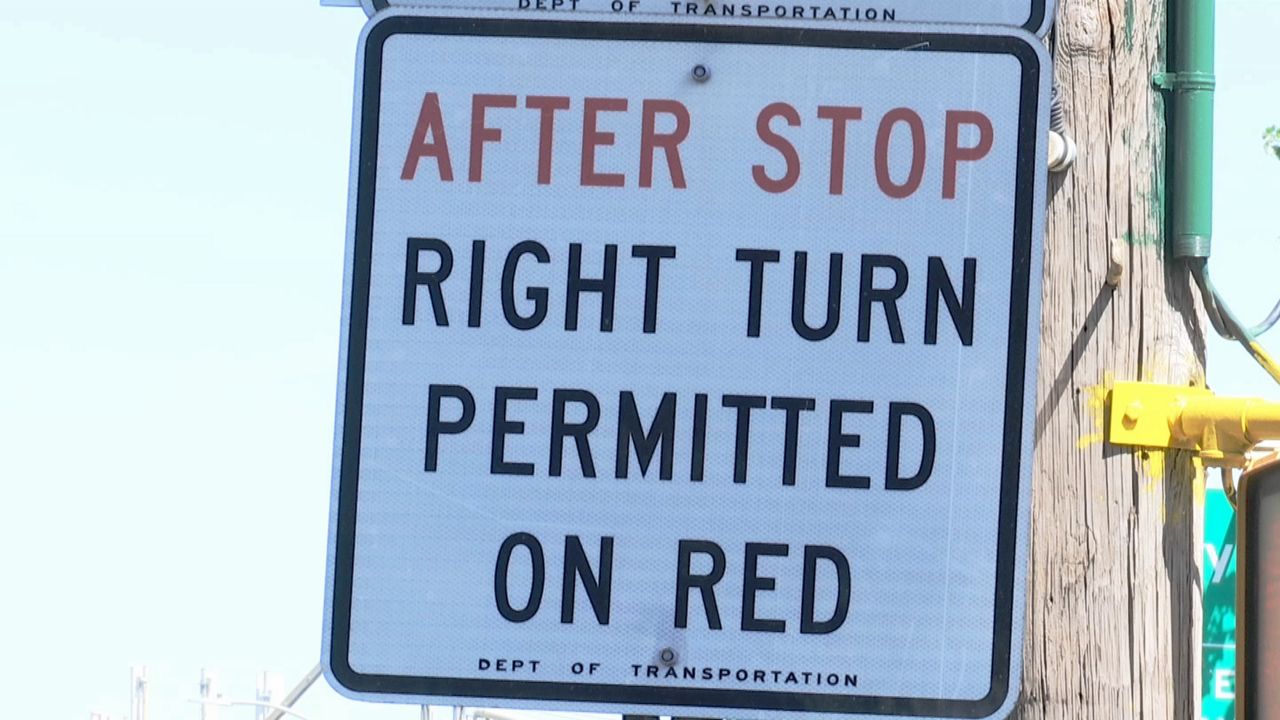 Making a right turn at a red light is not something New Yorkers who drive in the city are accustomed to doing.

Drivers can make a right turn on red pretty much everywhere in the U.S., except in New York City, where it's only permitted when posted.

Cities and other localities nationwide started adopting the practice of right turns on red lights in the 1970s to promote traffic flow, but it is pretty much a no-no in the five boroughs.

Around the city, there are signs posted in 336 different spots that allow a right on red. Staten Island has the most locations with 198, followed by Brooklyn with 58, Queens with 55, the Bronx with 19, and Manhattan, predictably, with the fewest, at only six.

The city Department of Transportation says right on red is only implemented at intersections where pedestrian safety will not be jeopardized, and adequate visibility and gaps exist for the turns to be made safely.

I took a spin to a right on red in Brooklyn. There is an official right on red on Wythe Avenue and Williamsburg Street.

When a driver gets to the light, they are supposed to come to a complete stop in the rightmost lane, yield to pedestrians, be mindful of bike lanes and cyclists, and yield to any oncoming traffic.

Despite the fact that there are signs indicating it's OK in some places, we found some drivers who weren't aware.

"I actually didn't know that, I always get stuck here," one driver said. He was actually waiting to turn right and could have logistically turned if we weren't talking to him.

Of course, for those who are aware, there can be some frustration.

"The sign says right there you can make a right and they just sit here," another driver said. "And they get mad when you are beeping."

To see the full list of places where a right on red is allowed in New York City, as indicated by the city Department of Transportation, click here.