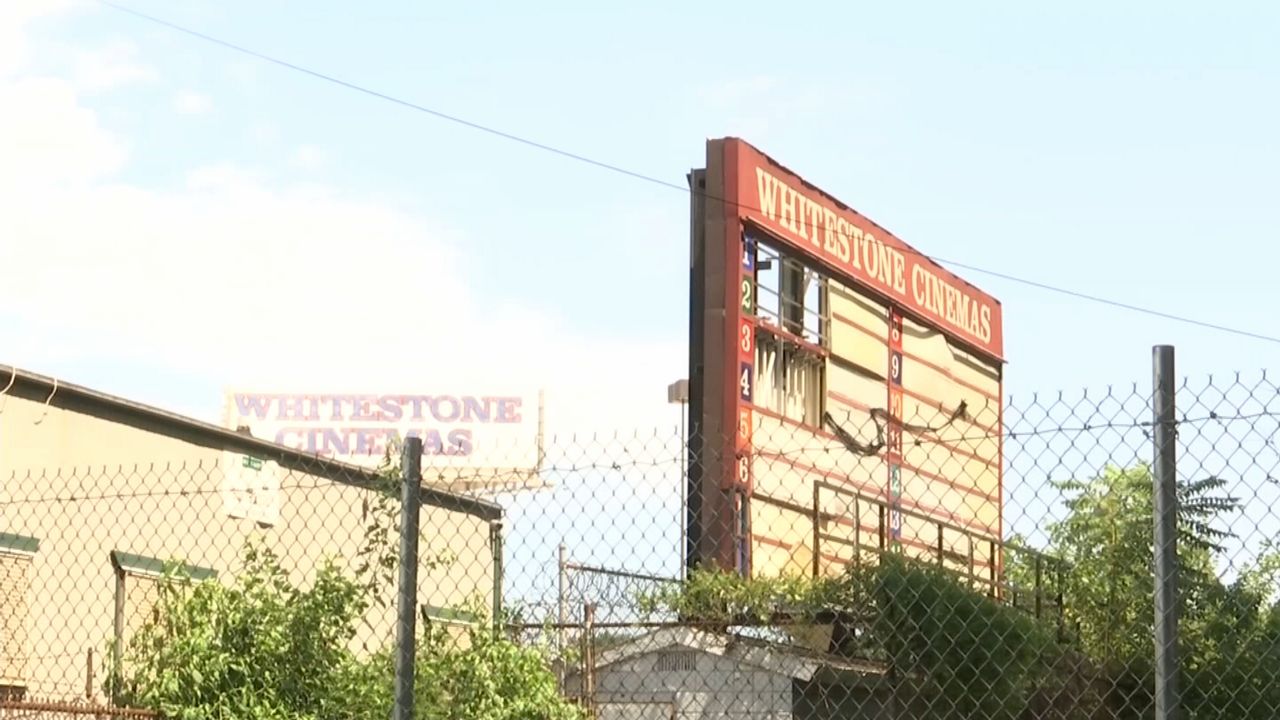 When the Whitestone Multiplex Cinemas had its final movie showing back in 2012, many hearts were broken in the Bronx. Aside from an auto auction, much of the massive lot it used to sit on has been idle. That’s about to change.

“I remember coming here with friends of mine. It was a different era, but this is developing and we need it. We need the jobs,” said Egidio Sementilli, of the Pelham Bay Civic Association.

Two Real Estate developers have big plans for the nearly one million square-feet that make up 2505 Bruckner Blvd, a modern distribution center for e-commerce companies that want lease space here.

The warehouse will be wired with chargers for electric vehicles to help reduce emissions, panels for solar power to conserve energy and a roof area that they hope will launch drone deliveries, which are not legal at least not yet. It's a futuristic change for what was once a drive-in theater.

“We’ve got to move into the 21st century. To have this facility be idle and just for storage and doing nothing. This will make change in the Bronx,” said Louis Rocco, a Westchester Square Civic resident.

Supporters of the project say the Bronx is the perfect fit because it has a large customer base built in. It’s also close to Manhattan, Queen, and Westchester County.

There are only two other multi-story distribution facilities like this in the country in Seattle and Brooklyn. But the Bronx location will be the largest.

Hundreds of trucks are expected to be dispatched from here.

Drone deliveries may be one way to bypass the Cross Bronx, Bruckner and Hutchinson River expressways which all converge here.

“The traffic is bad now. It’s going to be horrendous. Our concern is the traffic, what can they do about the traffic pattern,” said Henry Pelayo, Community board 9 member.

Andrew Chung, CEO of one of the two developers, Innovo Property Group, told NY1 on the phone that he’s excited that the borough is at the forefront of innovation, adding that it will create office, warehouse and technical

jobs. The city, which offered massive incentives to amazon earlier this year, was not involved in the sale of the property. Aside from its pre-existing plans to expand the current drawbridge, it has not announced any additional

infrastructure upgrades in time for the expected facility opening in early 2022.

“Amazon left our city. This organization, this company is here to stay, to bring jobs, economic activity and wealth to the Bronx. We need to invest,” said one area resident.