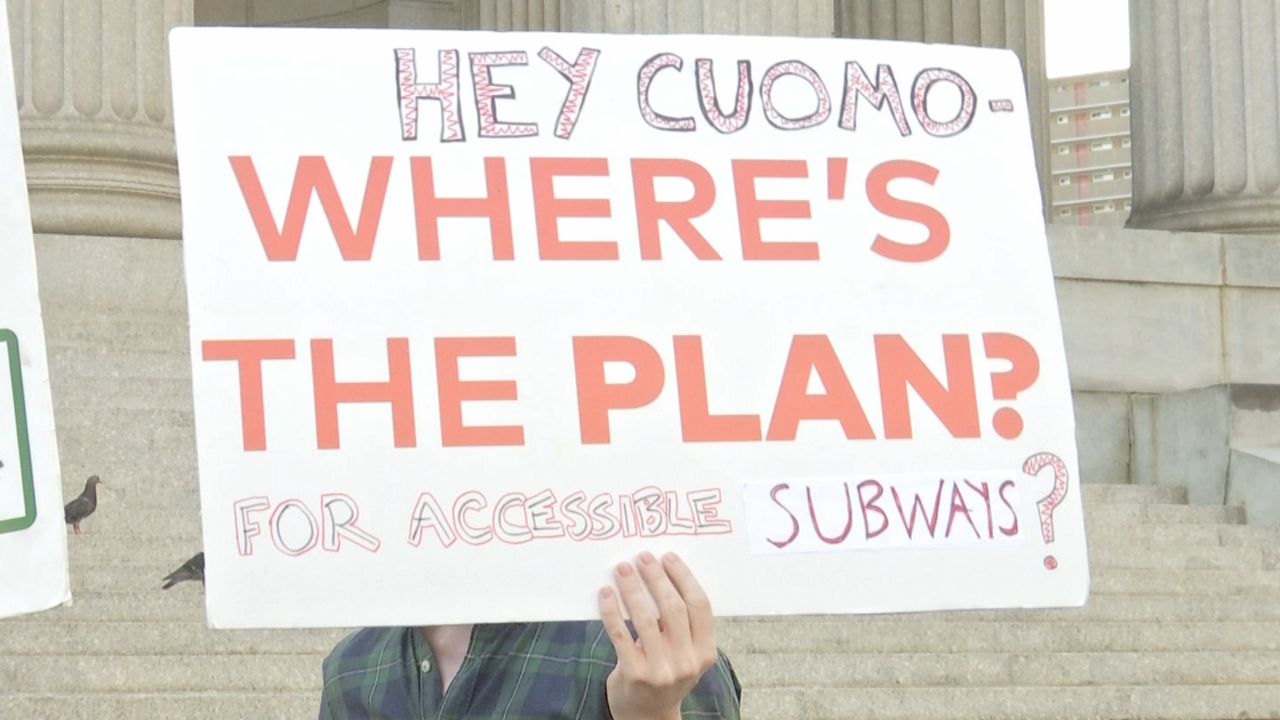 Advocates for people with disabilities have long demanded that Gov. Cuomo direct the MTA to settle a class action lawsuit accusing the transit agency of discriminating against people in wheelchairs.

"The only thing we want to hear is a binding legal agreement with a schedule to get us to full accessibility, period. That's it," Sasha Blair-Goldensohn, a disability advocate and plaintiff in the suit said. "Everything else is just talk, just window dressing."

Now there's another chance to settle, without the governor's help.

At a court hearing Thursday, attorneys on both sides said they would seek mediation after attempts by Manhattan Supreme Court Justice Shlomo Hagler to encourage a settlement failed.

Hagler suggested that the high cost of retrofitting stations with elevators and ramps was a barrier to a deal.

The judge endorsed the idea of mediation, but also told both sides they should continue toward a trial.

Attorneys, including "big guns" from a private firm, in the words of the judge, now representing the MTA, are due back in court November 6.

"Allowing the litigation to go on, that's really important because we can keep the pressure on," Michelle Caiola director of litigation, Disability Rights Advocates, said after the hearing. "That's letting them know that we're not going away."

Only a quarter of the subway system is accessible.

The MTA plans to install elevators in 50 more stations over five years...so no rider is more than two stops away from one.

The agency says it doesn't have the money to install more. Disability rights advocates say that's not good enough.

"Transportation is a key to my independence," said advocate Garrison Redd.

More elevators would dramatically change the life of Redd.

On a typical morning, Redd checks to see if elevators in his stations are working. If not, he plans a backup route.

But there are times he reaches an out-of-service elevator, forcing him to risk his safety by taking an escalator.

"In my case, I'm willing to take that chance because I wouldn't want to travel 10 to 15 blocks just to get my destination," Redd said.

MTA officials missed their June deadline to release the list of stations that they want to make accessible.

In the meantime, officials are trying to figure out if they can speed up the spending on these projects, instead of waiting months for a new budget to be approved.