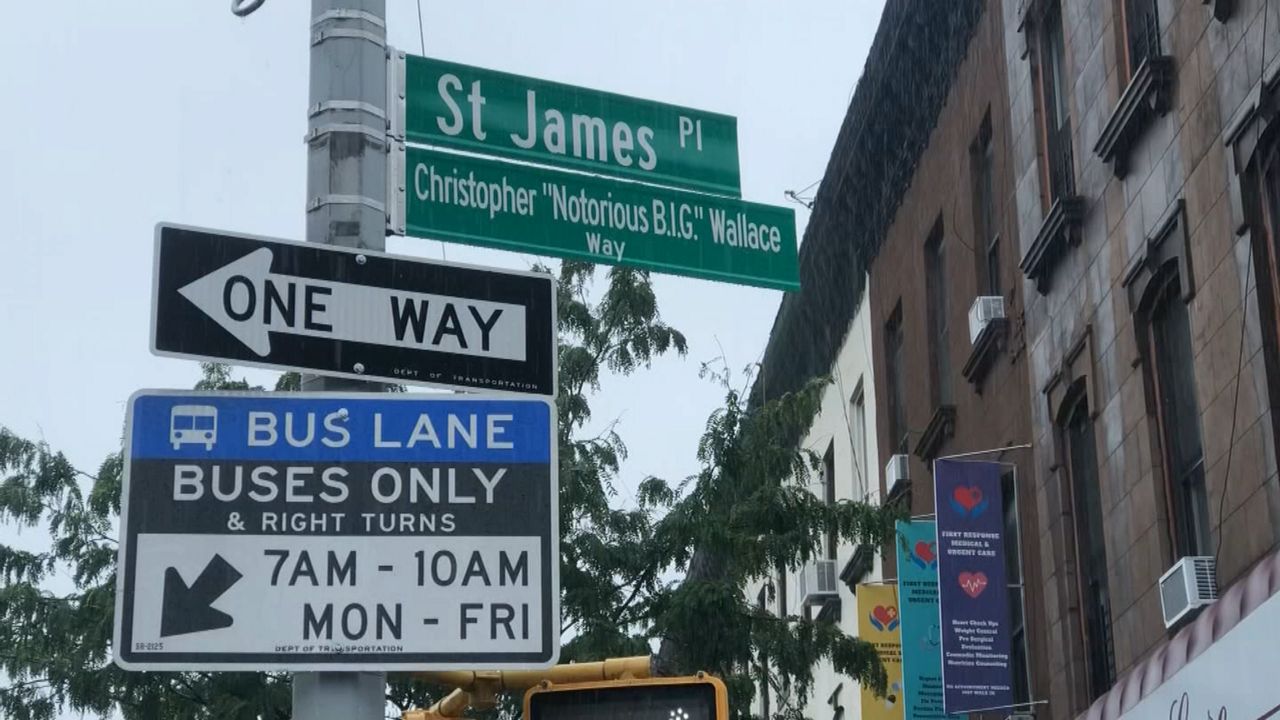 From East New York to Fort Greene, tributes to the late rapper Notorious B.I.G. stretch across Brooklyn. His latest honor revolved around the city co-naming the street where he grew up, St. James Place in Clinton Hill, to Christopher "Notorious B.I.G." Wallace Way.

Unfortunately, torrential rain poured down on the renaming ceremony back in June. As a result, The Source, an American hip hop and entertainment magazine, now says it’s stepping in to throw another block party.

"We wanted to celebrate on this block because Biggie was special to The Source and The Source was very special to him," said L. Londell McMillan, the owner of the magazine and an entertainment lawyer.

"He actually got his start by coming into the offices of The Source magazine many, many years ago as one of the unsigned hype unknown rappers, and the rest is history," said McMillan.

To celebrate that history, the magazine's annual conference and festival, Source360, will host an all day party on Christopher Wallace Way on Saturday, August 17. It's part of a four-day hip hop event.

April Walker is helping to organize the festivities. She owns the lifestyle brand “Walker Wear,” which she says attracted Biggie to the Clinton Hill shop she opened 1987.

"He saw an Eric B. and Rakim shirt in the window and he came in and struck a conversation and that was the beginning of our relationship,” said Walker. “I ended up making clothes for him and styling him."

Brooklyn activist LeRoy McCarthy is ready to mark the latest co-naming celebration in style. He's pushed for the signage since 2013, collecting petitions, testifying at the community board hearing and lobbying elected officials.

"It didn't happen by osmosis,” said McCarthy. “This was no accident. But just like hip hop, I don't stop. And it's even bigger than Biggie. It's about hip hop."

The Source360 conference and festival will kick off Thursday, August 15, at Brooklyn Borough Hall.

There are events in Harlem and, of course, on the notorious Christopher Wallace Way.