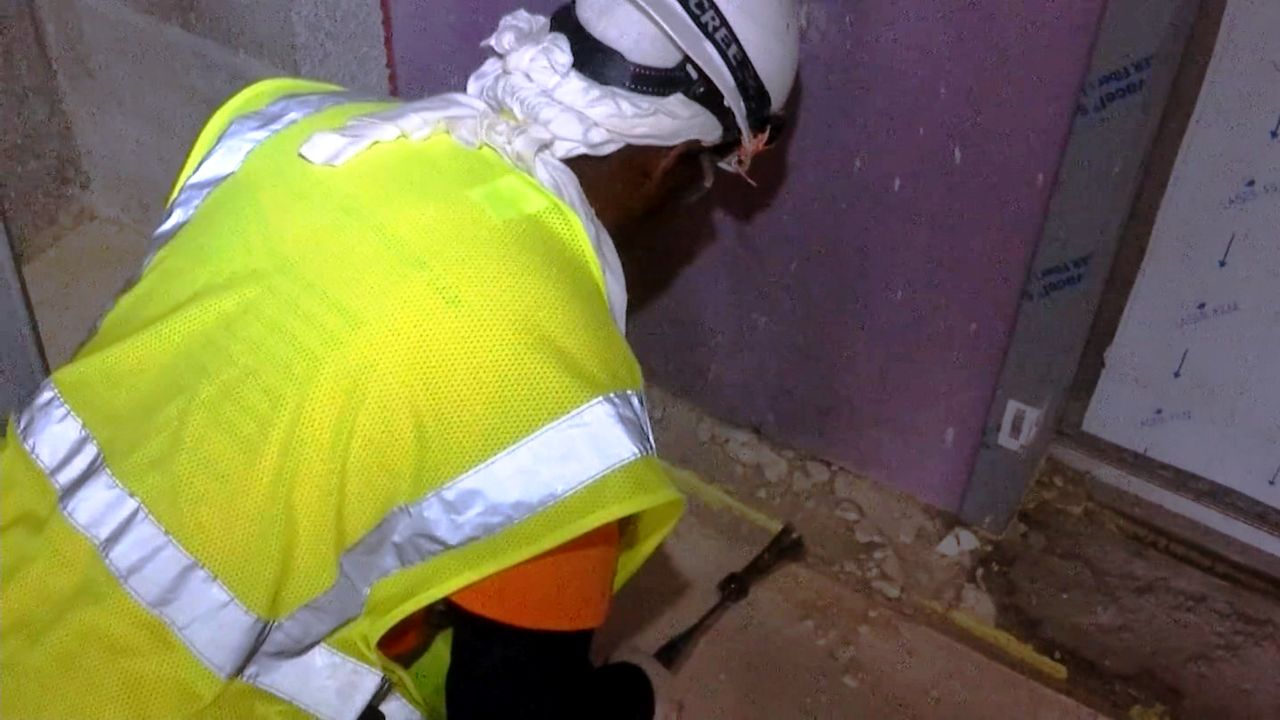 NEW YORK - There are more than 60,000 homeless people sleeping in city shelters each night. The main causes of people losing their apartments are a lack of affordable housing and unemployment.

Howard Young was homeless when he got a job working on an East New York development for Arker Companies.

“It was like a dream come true,” he said.  Young is happy doing hard labor.  It’s an entry level construction job.  On this day he's clearing door frames.

Young had been homeless for 16 months, after work he had building cell phone towers dried up.

“When you have this little one that’s supposed to be your world and you can’t provide for him, it’s pretty hard,” Young said about his son.

For weeks he slept on the 6 train and at Penn Station before going to the Department of Homeless Services for help.

“When I went to the shelter it was like hey, you know rock bottom is, what am I going to do now?”

Because of his background in construction.. the non profit DOE Fund sent him to the organization, Building Skills New York.

Building Skills New York was founded eight years ago, but it’s on track to more than double it’s annual job placements from two years ago.  The reason: the real estate industry embraced the organization.

“We really actually have the voice of the industry and connection to these construction sites,” said Meade.

“I insist on interviewing the men before I bring them on,” said Anthony Weaver, the Project Superintendent in East New York for The Arker Companies.

Weaver says 17 of the 150 construction workers on this site came through Buildings Skills NY and a similar program. Four of them live in shelters and 9 are on parole. Many have to learn the value of trust and teamwork

For Howard Young, that’s not an issue. He sees this as a doorway to a new life, a pay check to pay the rent on a studio apartment and some of the bills for his son.

“I’m pretty much good on what I’m doing,” said Young.

A challenge here is that construction jobs are temporary. Building Skills NY says it focuses on managing its clients’ careers, finding them new jobs after the projects they're working on are completed.