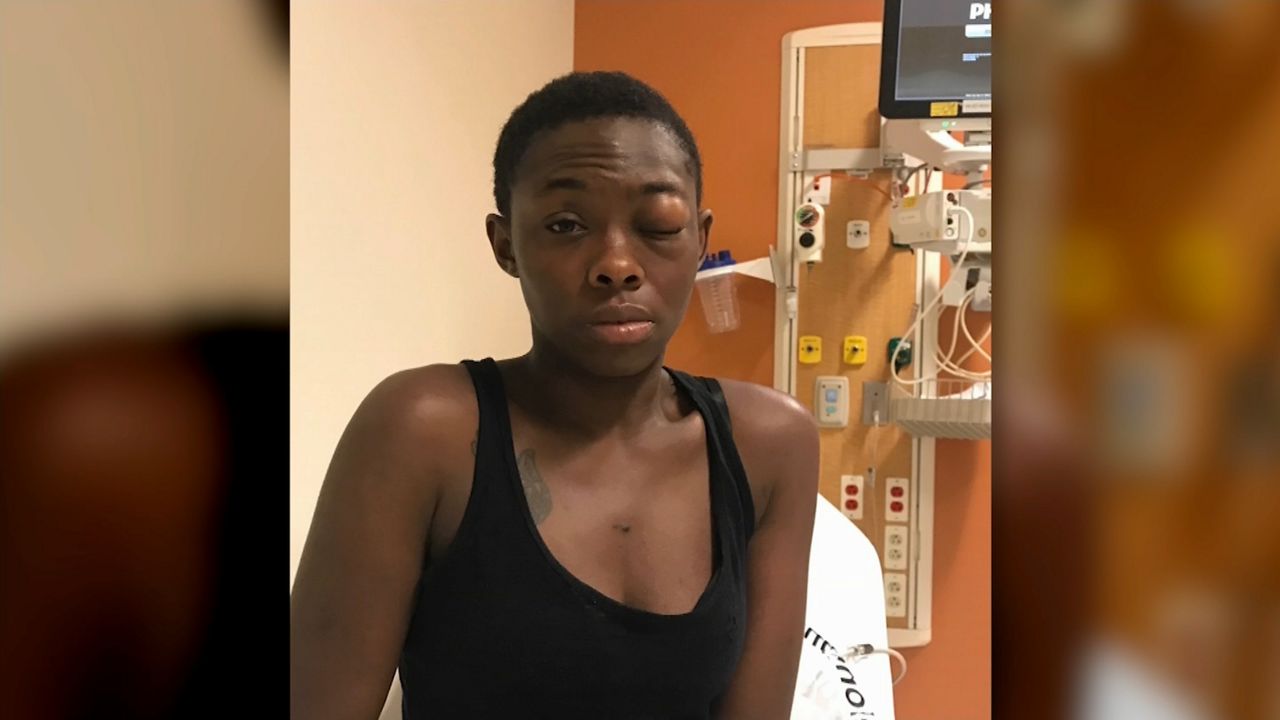 With her left eye now swollen shut, Jemella Johnson says what happened to her at the hands of police just isn't right.

"I see something like this happen all the time on TV and I would not even expect for it to happen to me," Johnson says.

The 24-year-old, who suffers from anxiety and depression, says she had what she called an episode early Thursday morning at the Weston TLC shelter in Harlem—a facility that serves homeless people struggling with mental illness. She says she became anxious and unruly after she was transferred there without notice, despite her background as a domestic violence victim.

"When I found out it was co-ed that's when my nerves and my anxiety started," Johnson says. “It just scared me and i just bugged out from it."

She says that's when managers at the shelter called police and three officers responded.

"They was like, ‘What's going on?’ and I was like, ‘I can't talk about it right now. I just need a moment for myself,’ and I walked back into the room and they was like, ‘Well, ma'am, you going to have to come with us.’"

She struggled and that's when she says one of the officers punched her twice.

We reached out to the NYPD about the incident. Officials say they responded to a call for a violent, emotionally disturbed person that needed to be removed to the hospital and that officers used necessary force. But community advocate Iesha Sekou questions that.

“What part of the policy is it where officers have to put their hands on someone in a way that is not within the police structure of training," Sekou said.

A spokesperson from the Department of Social Services released a statement saying, “...shelter staff responded to an individual in need of assistance and did the right thing by seeking help and medical care from qualified EMS professionals.”

But the single mother, struggling to get back on her feet to take care of her four year old son, says she didn't deserve this.

"It just hurts … It's not right how they treat people period, we're human," Johnson says.

Jemella wasn't arrested, but she was taken to hospital. Advocates say incidents erode trust in police.