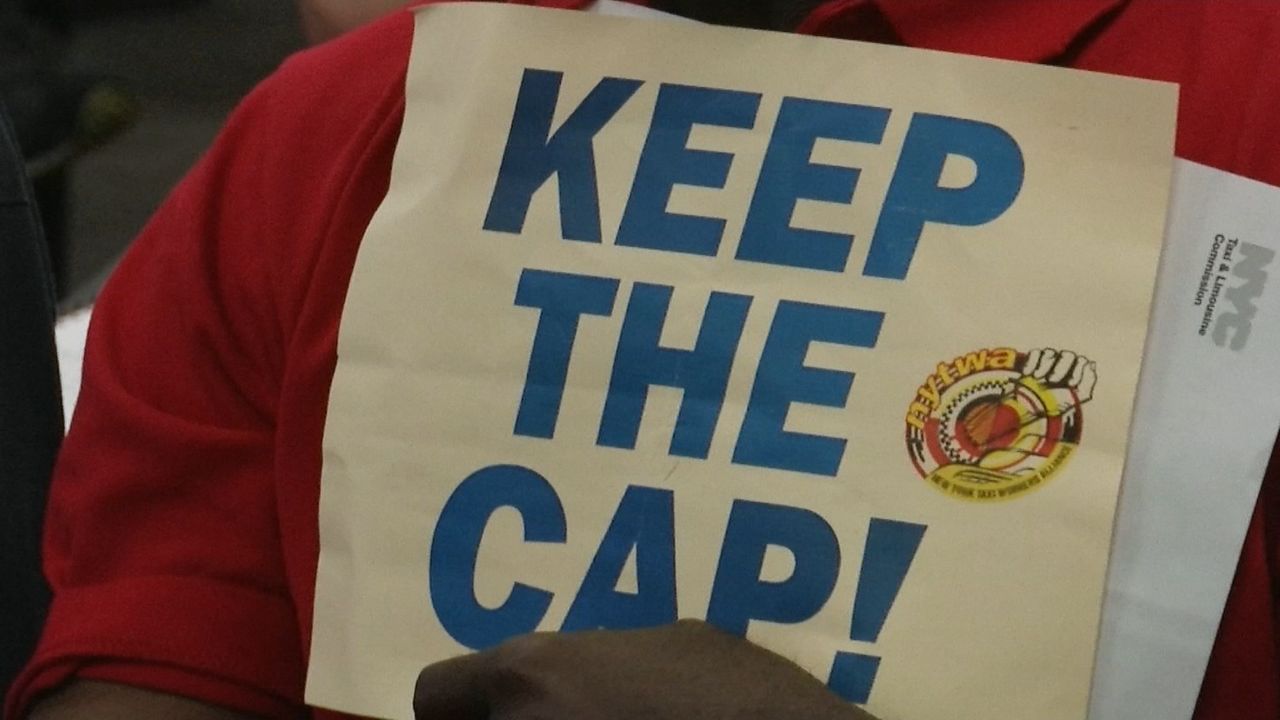 Yellow cabbies and app drivers packed a Taxi and Limousine Commission meeting, as the agency considers sweeping regulations for an industry in upheaval.

"Last year, my dear brother Kenny Chow committed suicide because of the too many app-based car on the street. Please vote yes protect our job," said one cab driver.

"Keep the cap!" Others in the room chanted.

The TLC is proposing to extend a cap on the number of Uber, Lyft and other e-hail vehicles on the road.

And for the first time the agency wants to limit how long drivers can cruise in Manhattan south of 96th Street without any fares.

The measures seek to ease pressure on driver wages, and prevent traffic in Manhattan from getting worse.

About 120,000 for-hire vehicles are now on the road, nearly a third of all vehicles in Midtown.

While the yellow cab industry general supports the restrictions, some drivers for app companies oppose them.

They say the cap is forcing drivers to lease, at sky-high rates, from companies that already have for-hire licenses.

Tina Raveneau who works for Lyft, is one of those drivers.

"We should get priority to own our own vehicles. Why should I have to keep on renting for another year again?" said Raveneau.

"We wanna make sure the TLC understands that a permanent cap on vehicles does not help drivers at all," said Brendan Sexton, the Director of Independent Drivers Guild.

But the commission's acting chairman defended the limits on the e-hail industry.

“There were too many vehicles on the road and the app companies had drivers in a race to the bottom as they were expected to drive more for less money,” said acting TLC Chairman Bill Heinzen.

The taxi commission wants to keep the cap in place for another year. Then decide every six months after than whether to issue new licenses.

Taxi commissioners will likely hold their vote in August, one year after the city's cap on Uber Lyft and other e-hail cars, went into effect.