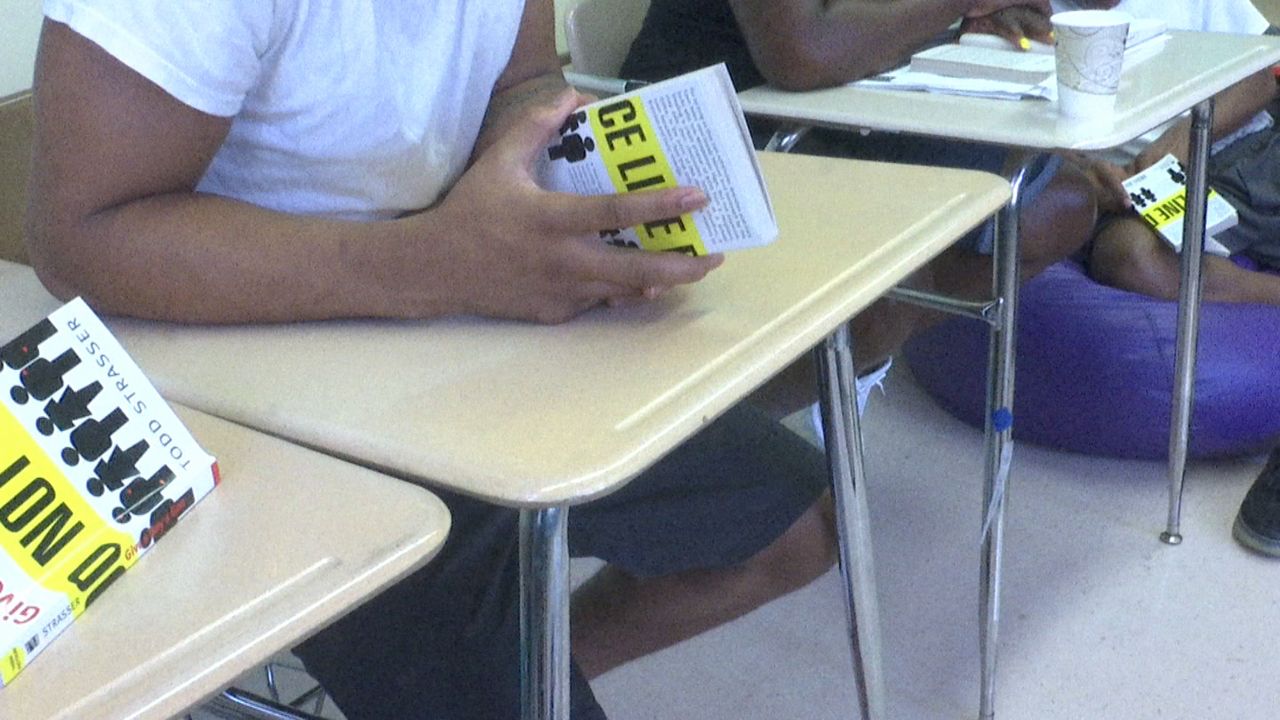 On a blacktop courtyard, instructors lead students in songs and chants. It looks like a scene from summer camp — but the barbed wire and fencing says otherwise. The place is a secure detention facility: the Crossroads Juvenile Center in Brownsville, Brooklyn, operated by the Administration for Children's Services, or ACS, for children accused of breaking the law.

The teenagers are taking part in a summer program called Freedom School — a six-week literacy program created by the Children's Defense Fund that encourages them to read a book a week.

"They're just like any other kids, they're just trying to figure themselves out — and they just happened to be doing that in a different setting than maybe other kids are doing it right now," says Steven Torres who works for Freedom School.

Each day starts with a ritual called "Harambee," which means "all pull together" in Swahili.

"The Harambee is just to get you energized, to get you excited about what the day is going to unfold," says Yvette Baxter-Sweet, principal of Passages Academy South.

Once a week, a guest comes to read aloud. This week it is ACS Commissioner David Hansell, who reads the poem 'The First Book' by Rita Dove.

Hansell said he chose the poem because it shows how reading has the power to transform lives.

"These kids are here for a fairly short term and so we want to do everything we can to get them back on the right track, to give them the services, educational, rehabilitative,” says Hansell.  “And we all know that reading is critical no matter what we are going to do in our lives, reading is critical. It's an essential skill."

We are not allowed to show the faces of the teens at the detention center, but several told NY1 they enjoy the books they're reading through the program, and the related discussions and activities.

Some sprawled out in bean bag chairs to read this week's selection, “Give a Boy a Gun” by Todd Strasser.

Program Director Tiffany Richardson says she was skeptical at first the program could work with incarcerated teens. But she says it's been a total success.

"Some of our populations that have our most incidents between 9 a.m. and 4:30 p.m., they're not having incidents—they're reading," says Richardson.