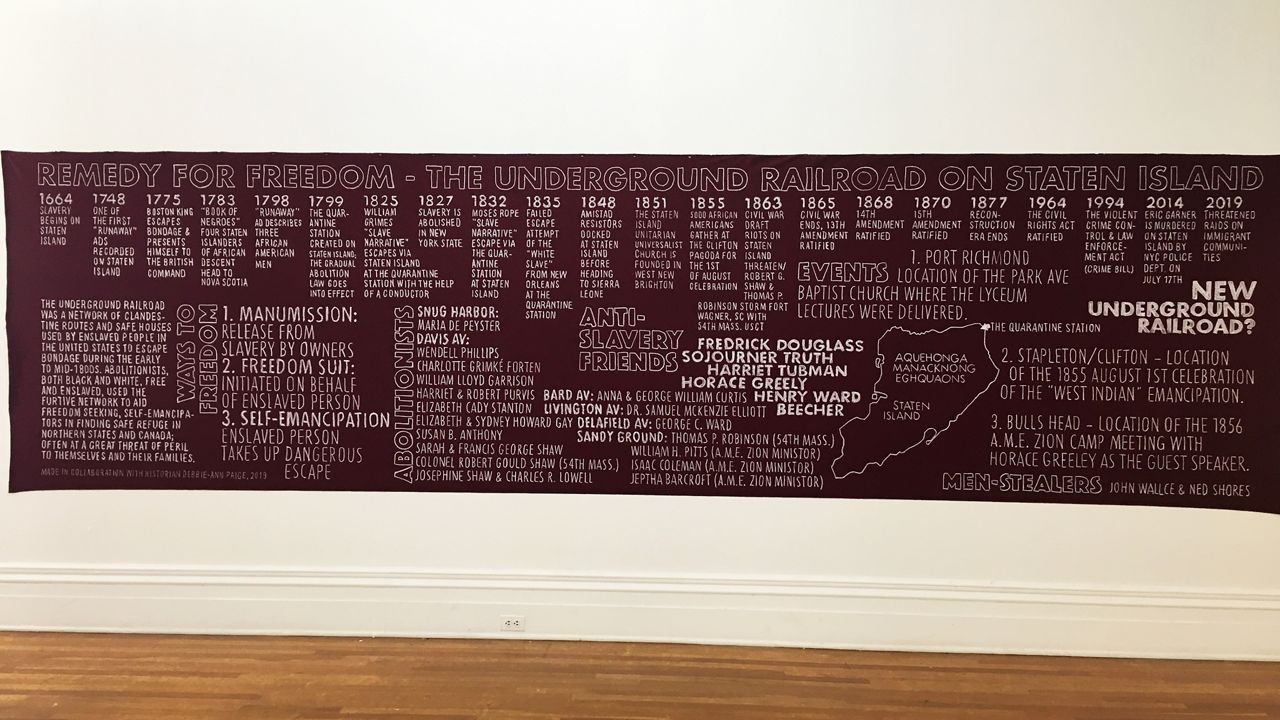 As the story goes, the Port Richmond church that's now St. Mary's Orthodox was host to a series of so-called lyceum lectures back in 1859.

The speakers included a host of abolitionists, one of which included Wendell Phillips, a man who came to the church all the way from Boston. As it happened, Phillips hardly had a chance to speak, as a crowd of anti-abolitionists gathered outside and threatened to lynch him.

"Sara Shaw and her daughter dressed him in a dress and put him in a coach and they drove off so the crowd didn't realize he was gone," says historian Debbie-Ann Paige, who's been studying Staten Island's African-American history for 15 years.

Phillips' story is now memorialized in a new exhibit at the Newhouse Center for Contemporary Art at Snug Harbor.

The installation, called "Healing Garden," recounts a timeline of slavery, beginning in 1664 and documenting all of the ways it affected Staten Island.

There are no pictures, just words on a banner. Artist Sasha Huber says it's aimed at educating the public about a topic many don't know much about.

"It's supposed to be inspiring people to maybe dig further," Huber says.

Paiges's research has informed the project and focuses heavily on the role North Shore communities played in the Underground Railroad.

In fact, countless homes in Livingston were once owned by abolitionists.

In Stapleton, the church was the site of a celebration in 1855 marking the end of slavery in the Caribbean.

In St. George, every ship that came into New York Harbor had to be quarantined and docked in the waters that are now home to the Staten Island ferry.

It is widely believed that many slaves on those boats escaped at that time.

The exhibit will be on display through the end of September and there are plans in the works to use it as a learning tool and showcase it at other locations in the future.