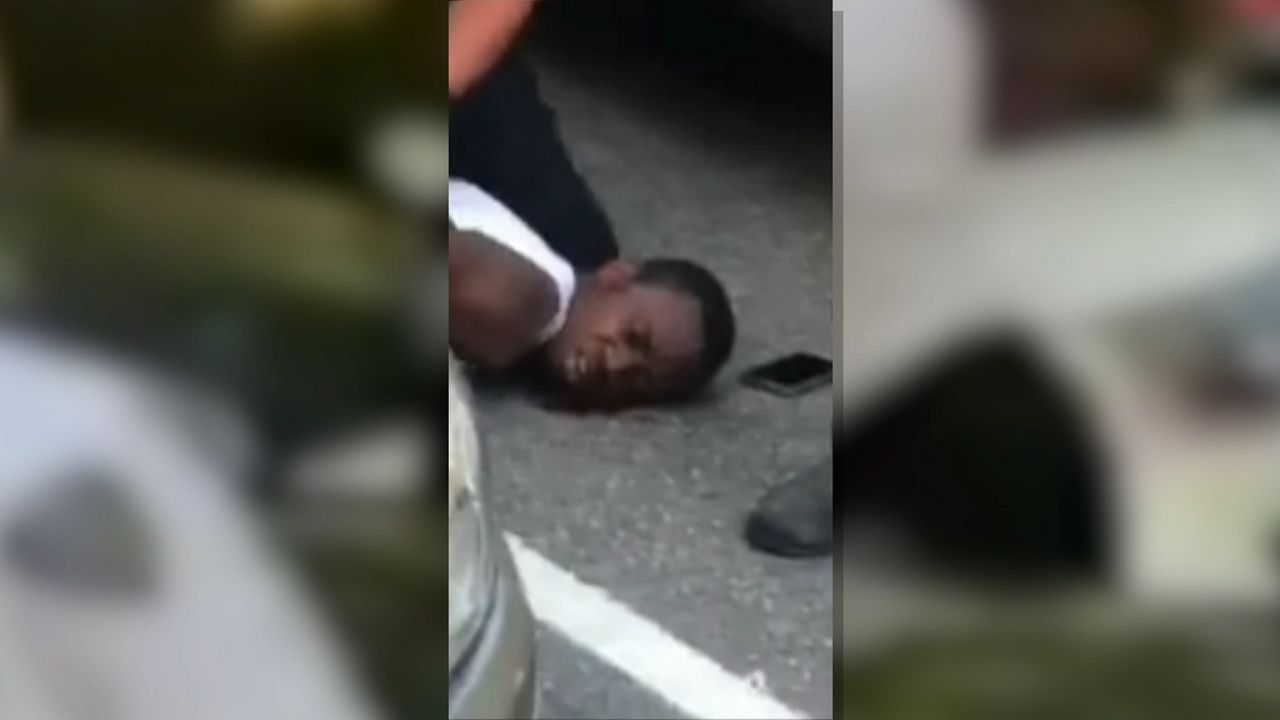 NEW YORK - What started as a traffic stop ended with 20-year-old Kevin on the concrete, bloody and someone throwing a bicycle at the officers.

"I kept walking, he kept pushing me. Then another cop came from behind me and then before you know I was on the ground. He kept punching me in my head," he said.

Kevin, who asked we do not use his last name, said he was pulled over for not signaling near 130th Street and Fifth Avenue in Harlem. Police say the driver had no license, the car was uninsured and his registration was expired — so the car was officially put into police custody and set to be towed. At this point, a crowd formed and started filming.

"The cop tried to tell me that just because the people in the community was being rowdy it was messing up my chances of going home free," Kevin said.

Kevin’s sister, Fatou, says then she tried to get a phone charger from the inside of the car but an officer pushed her out of the way.

Police say the siblings refused orders to step away from the vehicles and both tried to reach inside.

"They didn’t handcuff him it was more than one police. He was no harm he had no weapons on him no nothing and they just beat him for no reason," Fatou said.

Police say Kevin was arrested and charged with resisting arrest and obstructing governmental administration as well as violations for operating a motor vehicle with a license, registration and insurance and failure to signal. His sister was also arrested and charged with obstructing governmental administration.

Both siblings say their charges were dropped once they were taken to central bookings. Kevin was taken to Harlem Hospital where he says he received 12 stitches.

"I had blood dripping all over my face," Kevin said.

Kevin’s family and friends say they’ve been on edge and now they’re calling for justice.