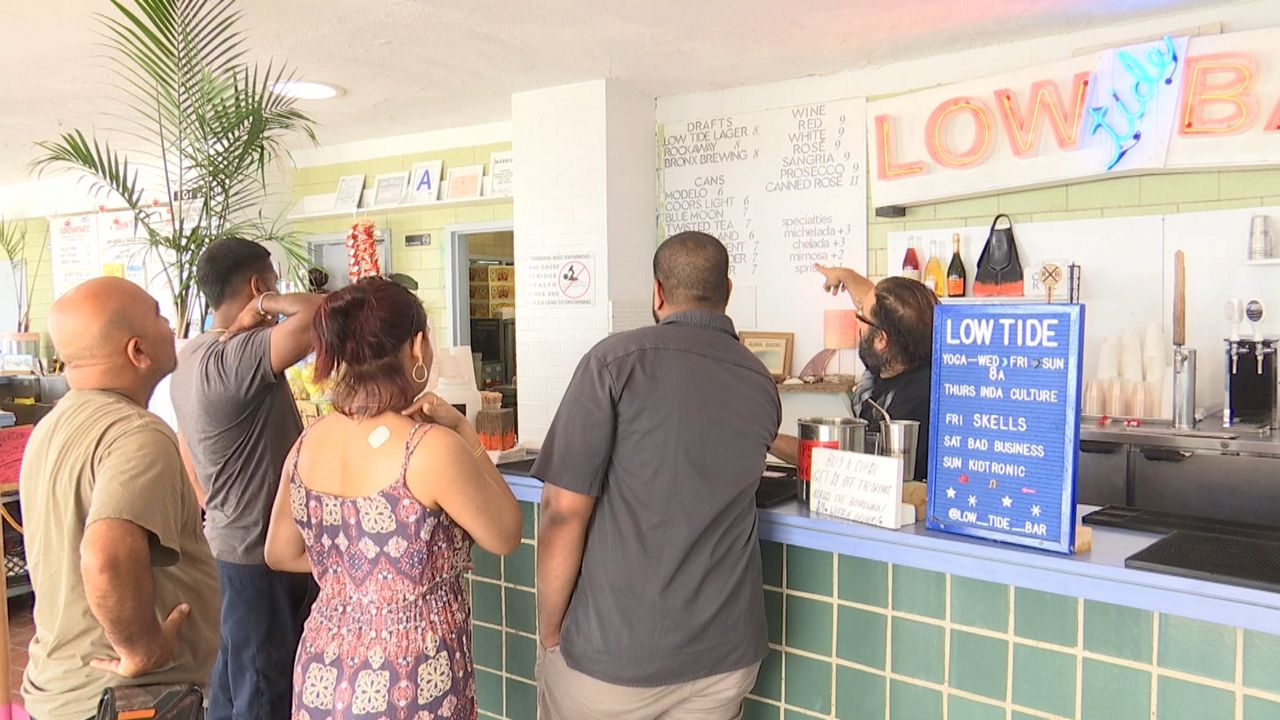 What Erosion? Off-Limits a Year Ago, the Reopened Section of Rockaway Beach is Bustling Again

A year ago, a stretch of Rockaway Beach was off-limits. The city said erosion had left the shoreline too short for safe swimming.

But this year, the sand from Beach 92nd to Beach 103rd Streets is bustling with beachgoers, welcome news to those working in the concessions at Beach 97th Street, which, last year, looked more like a desert than the waterfront so many know and love.

"People are coming here not to see us; they're coming to the beach. So when there's no beach here, people don't come," said Robert Bryn, a bartender at Low Tide Bar. "This summer has been gangbusters busy because there's a beach open right in front of us. People don't even necessarily plan; they're like, 'Oh, come to the beach,' and they walk in here and they're like, 'Oh, there's good food and drinks here?'"

Last year's closure — announced suddenly, right before Memorial Day — was met with protests, including a mock funeral. But this year, things are a bit livelier.

"It's just way more crowded. The lines are longer, which is good for the businesses. Local people, and now people that aren't just locals here," said Patrick Brown, a cashier manager at Edible Island. "Last year, it kind of felt like more of a local vibe. This year, you've got a lot of people from all over the place coming in."

Concession workers weren't the only people happy to have the segment of the Rockaway Beach reopened. Beachgoers were also thrilled to be back at their favorite place along the boardwalk.

"The beach looks amazing. We could not believe how eroded it was last summer when we heard the news, and you would never know it looking at it today," one beachgoer said. "It's beautiful. I don't know how they made it a beach again."

"I play music. We did a gig here last year, and we had to walk however many — eight blocks — to actually get into the ocean between sets," another beachgoer said. "It's great that you can go right here, and I think the people in the neighborhood are glad it's back too."

"Huge improvement, it's so great, it's really nice that you can just come and hang out here and go right down to the beach and go swimming," one woman said. "There's lifeguards, everything's great."

Like all New York City beaches, this stretch will be open for swimming and sunbathing through September 8.