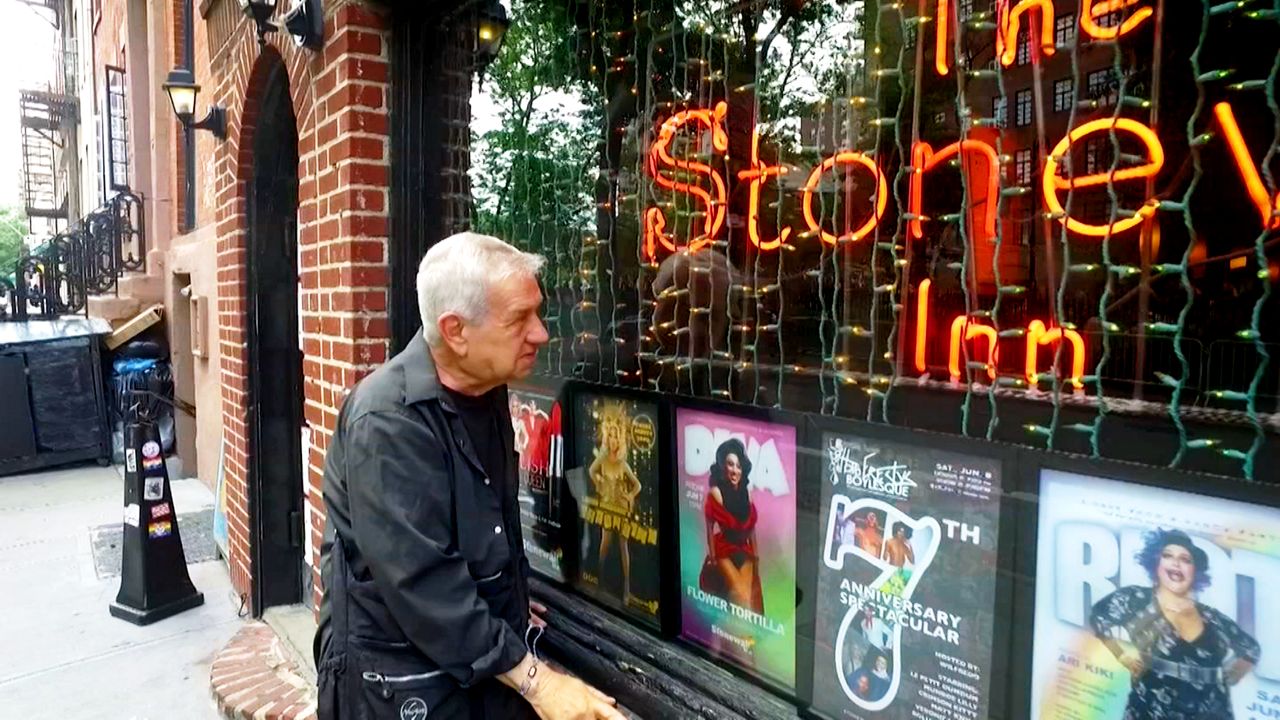 NEW YORK - In 1969, the Stonewall Inn on Christopher Street was a place where Martin Boyce could feel safe.

"The most popular and unusual bar in New York's gay world," was how Boyce described Stonewall. "Because it had dancing and a great jukebox. You couldn't dance anywhere, but you could dance in here."

Boyce was 21 and had been hanging out in Greenwich Village since he was a teenager. It was a frightening time to be a member of the LGBTQ community. Being gay was classified as a mental illness. Those who were outed risked losing jobs, and even apartments.

"No one thought they could remove the laws, but the cruelty in which they were exercised, I think people wanted that removed," Boyce said. Early gay rights groups, such as the Mattachine Society, had openly protested the discrimination, most famously at Julius', a bar just a block-and-a-half from Stonewall. In 1966, Mattachine members staged what was called a "sip-in," challenging State Liquor Authority rules prohibiting licensed bars from serving openly gay customers.

"They were struggling for basic human rights," said George Chauncey, a Columbia University professor who has written about the gay rights movement. "To end the policing of gay life, to end the raids on gay bars, to end the entrapment of gay men who were trying to pick up a partner."

Despite the Mattachine Society's protests, police continued to crack down on gay life, particularly on the bars LGBTQ people frequented, which often couldn't get licenses and were run by organized crime. Police often raided these bars, arresting people caught without IDs or dancing with someone of the same sex.

"The lights would blink on and off, but unnaturally - strobe-like," Boyce said. "And the first thing you did was grab a seat and separate from whoever you are. Don't be even too close to a friend. Don't provoke the cops. It could go smoothly if we cooperate. If it didn't, there's going to be trouble."

Back then, Stonewall was one of those unlicensed bars, owned by members of the mafia. In the early morning of June 28, 1969, Boyce and a friend were standing on Christopher Street, when they heard noise coming from Stonewall, just a few feet away.

"The commotion was unusual, so we went to investigate," Boyce recalled. "But someone passing behind me quickly said 'raid.' And in those days if you weren't in a raid, you watched the raid."

But this time, they didn't watch. Boyce told us he and hundreds of others, many of them street kids and transgender people of color, like Sylvia Rivera, fought back against the police, and years of harassment.

In looking back at that night, Boyce recalled one officer's reaction in particular.

"This time everyone took a step toward the cop, "Boyce told us. "And he had turned around already. And I don't know what our faces revealed because nobody looked at each other but he saw because he turned around a second time with his club raised for the final ultimatum, and he didn't say it. Whatever he saw in his eyes unnerved him. He gulped, he blinked and he fled toward the bars doors as a number of policemen did all at the same time. And the riot was on."

The moment served as a huge turning point in the fight for equality.

"This wasn't the first time gay people had fought back against the police," Chauncey said. "But it was definitely the most dramatic resistance, and it lasted several nights and it basically took over a core part of a major neighborhood in the city, Greenwich Village. So it got a lot more attention than those previous acts of resistance had." In the weeks that followed, an emboldened gay rights movement emerged, influenced by a decade of social unrest.

To mark the first anniversary of the Stonewall riots, activists held the Christopher Street Liberation Day March in 1970, an event that would become the annual gay pride parade.

"Life changed immediately after that because we changed," Boyce said. "If you look back, day-by-day not much had changed. But so much had changed when you had changed.
For all the caution we displayed, not to be arrested, not to be made fun of, it didn't really matter. If you want your rights, in the end, this is America and you have to fight for them."

A lesson that Martin Boyce and others learned at Stonewall, 50 years ago.