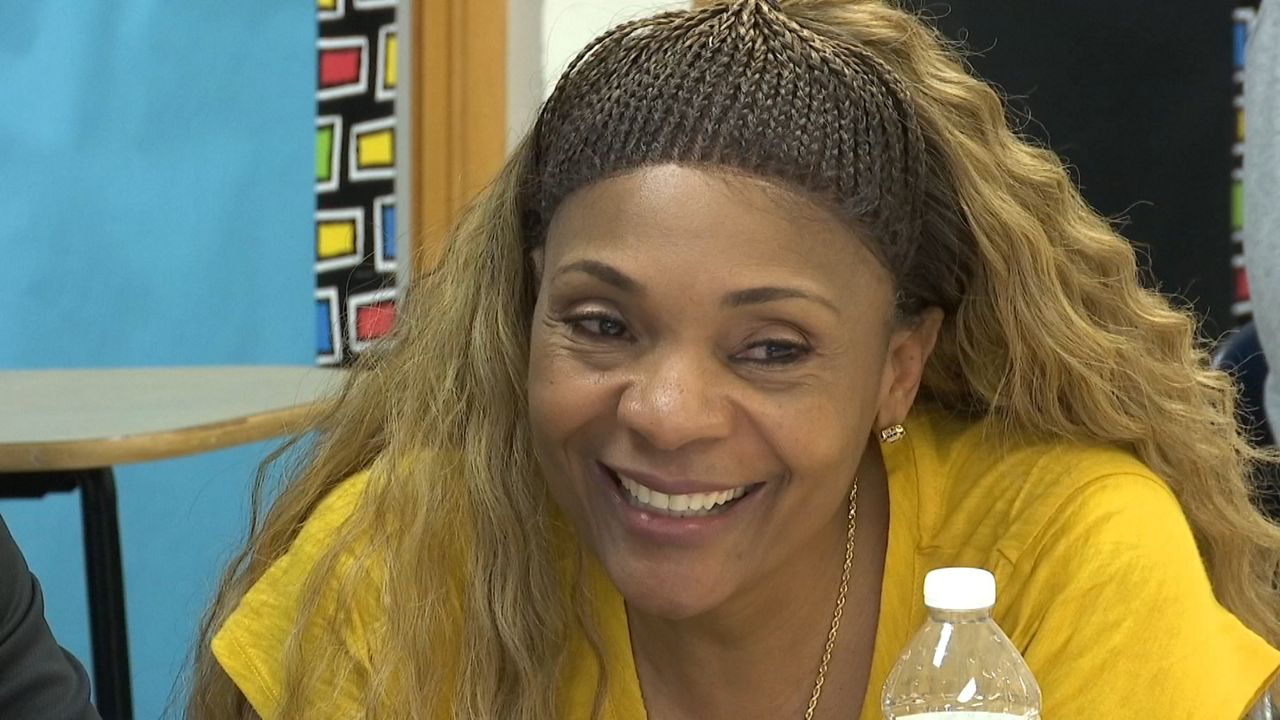 She's the First Female Rapper, and Now She's Finally Getting Her Dues

Sharon Green, also known as MC Sha-Rock, is now in her mid-50s and finally getting props for her role as one of the originators of hip hop.

It all started when she was a South Bronx teenager in the 1970s. Often appearing shy with a baby face, she had a powerful voice and knew how to rock the mic.

Although Sha-Rock was born in North Carolina, she grew up in New York and began rapping in parks and at parties. She was a part of the group, Funky 4 + 1. She was the plus one.

In 1979, they became the first rap group to sign with a record label, making Sha-Rock the first female rapper to record a song.

"When I was rhyming it was on your skills alone, because I was out there with male emcees and prolific male emcees,” Sha-Rock said. “But I had skills."

Those skills led Sha-Rock and the Furious Four to “Saturday Night Live” in 1981, the first appearance by any rappers on a national TV show.

Although she is called the "Mother of the Mic," many do not know about her contributions to hip hop. MC Sha-Rock became emotional when talking about the times she's been overlooked as a hip hop legend.

"Why would they not understand what I went through to get here," she said while fighting back tears.

But she's getting a lot of recognition now, and is helping to produce a movie about her life and the beginnings of hip hop.

In fact, she recently held a casting call in the Bronx for the movie titled “Luminary Icon,” which is another one of her nicknames.