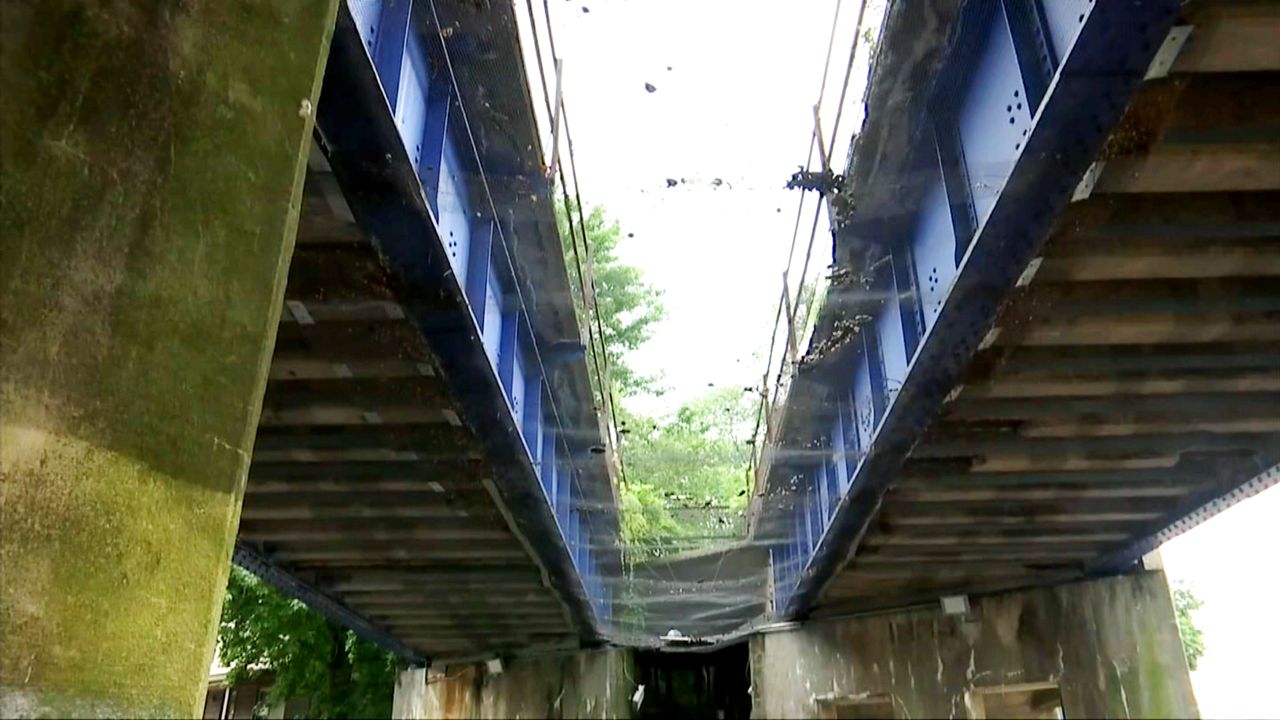 Skyway or Busway? Two Plans for an Abandoned Rail Line on the North Shore

STATEN ISLAND, N.Y. - The High Line draws more than five million visitors a year and it's triggered a transformation of the Manhattan neighborhoods around it.

So could turning abandoned train tracks into public space work on Staten Island? Some say yes.

"Why shouldn't we have kind of the same luxuries the people of Manhattan have? Even if on a small, very small scale?" said Cesar Claro of the Staten Island Economic Development Corporation.

The SIEDC is proposing a half-mile elevated rail line in Port Richmond. It believes the surrounding neighborhood is ripe for redevelopment. About a third of the storefronts there are vacant. "Think about what Port Richmond Avenue's corridor could look like if there was this wonderful tourism and open space opportunity. Restaurants and stores and public services would flock to that area," said Steve Grillo of the Staten Island Economic Development Corporation.

The Skyway is meant to have a mix of active and passive recreation, so it will have a park, community gardens, and a farmer's market. Those amenities emerged through a design competition and community engagement.

The Staten Island EDC says it would not take long to build the park if there is political will to get it done.

But for years the MTA has been studying the same abandoned rail line for a possible bus-rapid-transit system, or Busway, along Staten Island's North Shore.

The SIEDC is skeptical.

"Tell me where in the five boroughs we've done this before. Where have we reconstructed an elevated rail line to allow for buses. We've never done it anywhere, now all of a sudden we're going to do it on Staten Island? It's never going to happen," Claro said.The MTA says it wants to take the Busway idea to the next phase with an environmental review. It's a process that could take two years.

But the projected cost of the Busway has ballooned to $484 million to build plus $6.6 million a year to maintain. It's far more than the supporters of the Skyway say it would take to build Staten Island's answer to the High Line.