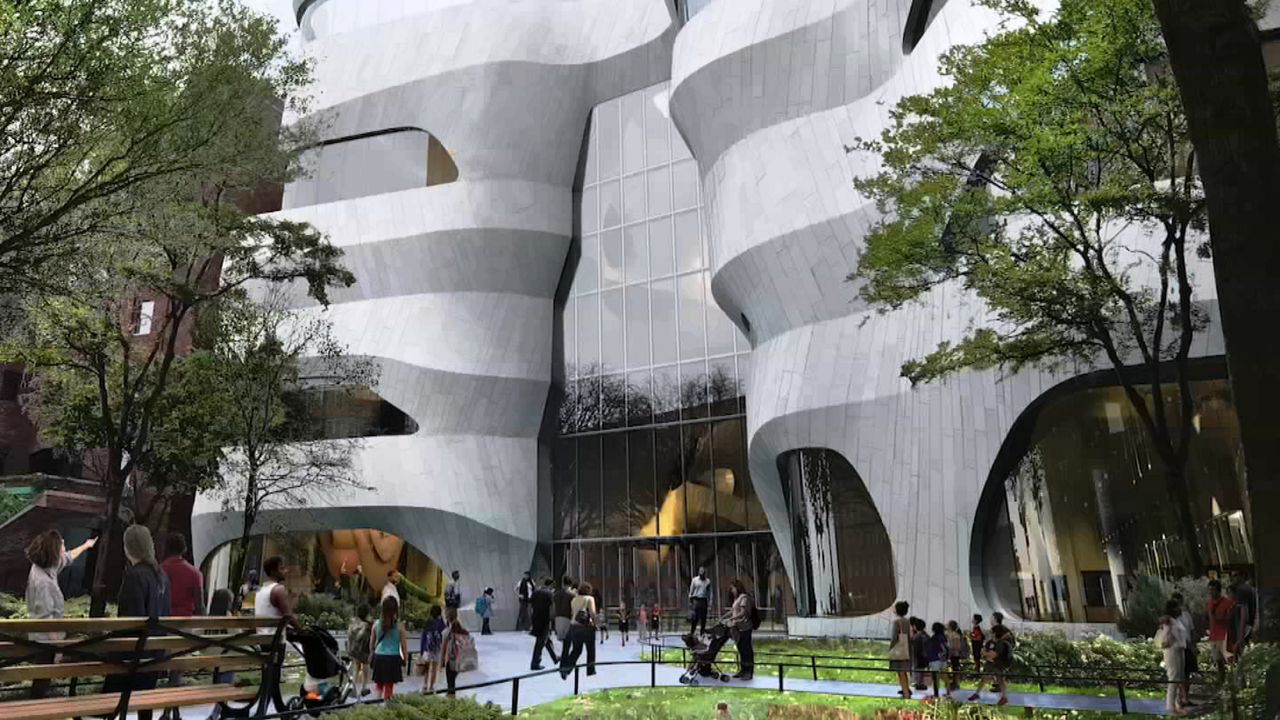 NEW YORK - The American Museum of Natural History is moving forward with a multi-million-dollar expansion project, despite fierce opposition from its neighbors.

The Richard Gilder Center for Science, Education, and Innovation will add exhibition space, classrooms, a theater and a library.

It's the museum's first expansion in 19 years.

The plan won city approval over the objections of nearby residents who tried to block it because it takes over part of Theodore Roosevelt Park.

"The park itself is gone for all intents and purposes. The court ruled that the American museum of natural history is entitled to build corner to corner and sidewalk to sidewalk in Theodore Roosevelt Park," said attorney Michael Hiller.

"The building itself actually only takes a quarter acre of the park but not only will the open space be preserved there will be more trees, more benches, more spaces for quiet convening," said American Museum of Natural History President Ellen Futter.

Construction on the center is expected to be finished by 2022.