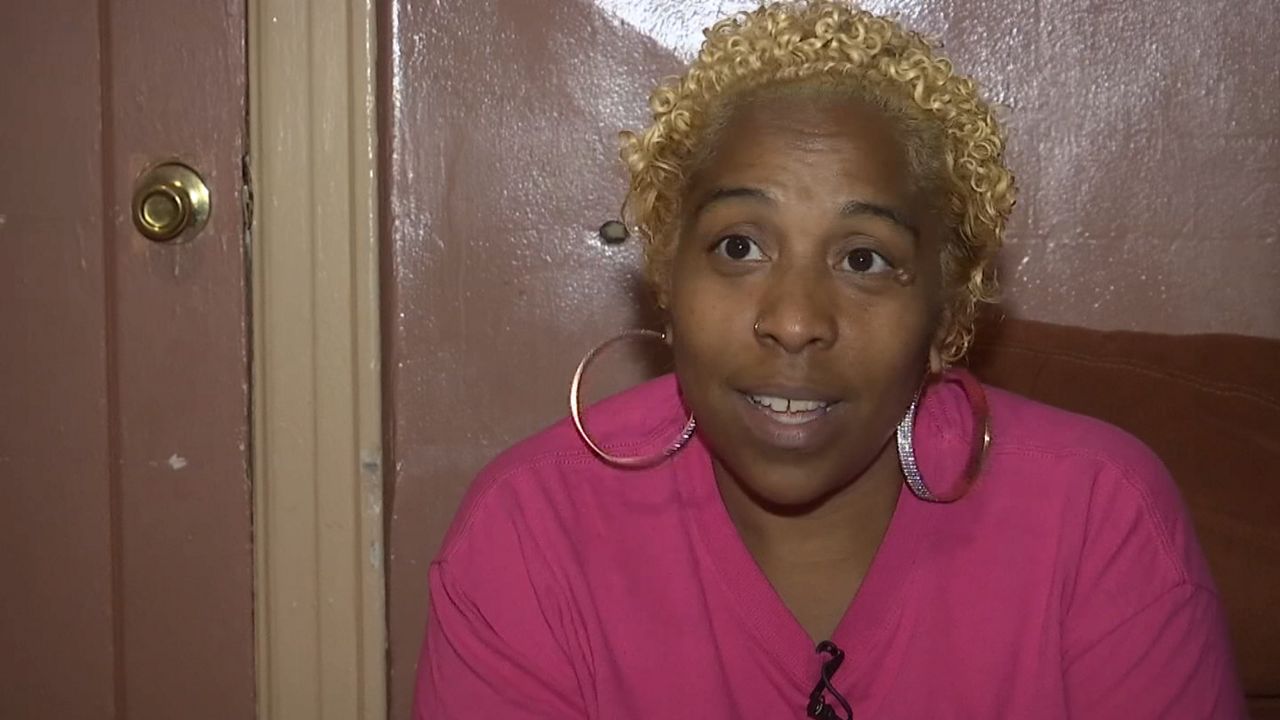 “We have to use a wrench for the shower,” said Basora.

The single mother of four called 311 to complain. The city, for its part, slapped the landlord with three dozen housing code violations, including two for hazardous sparks from exposed wiring.

“She’s upset now because now she’s being fined,” said Basora. “So this is really why she’s taking me to court; she wants me out.”

The landlord declined to renew her lease because she wants Basora out.

“If the case were to go to trial, it would be a five minute trial and the tenant would be evicted,” said Patrick Langhenry, a legal aid attorney representing Basora.

Basora's attorney says if this were a rent-regulated apartment, she would have to be offered a new lease, but it’s a market rate unit.

“She has no recourse, none at all,” Langhenry said.

A so-called “good cause eviction” law proposed in Albany would give tenants like Basora legal rights to stay in market-rate apartments, except when they damage property, break building rules, or break the law by harassing neighbors or failing to pay the rent.

“[The law would] protect people who want to complain about conditions,” Langhenry added.

“The good cause eviction concept is being thrown out there as a save the universe sort of response to the affordable housing crises,” said Mitchell Posilkin, the general council for the Rent Stabilization Association.

The Rent Stabilization Association, which represents landlords, says the proposal would create more bureaucracy for landlords and take away their rights.

“If anyone should have the right to decide who lives in their home, it should be the small property owner,” said Posilkin.

Building owners were especially upset with a provision forbidding them from evicting tenants who could not pay rent hikes of more than one and a half times the inflation rate.

The legislation was seen as so onerous it was the only measure dropped by Democratic leaders this week from a sweeping package of rent reforms and tenant protections moving through the legislature.

“I’m not worried about being kicked out because I’m not leaving without a fight,” Basora said.

Basora is optimistic about her chances in court, but without legislators stepping, even her attorney concedes she - and other tenants who are a thorn in the side of landlords - should start looking for a new place to live.