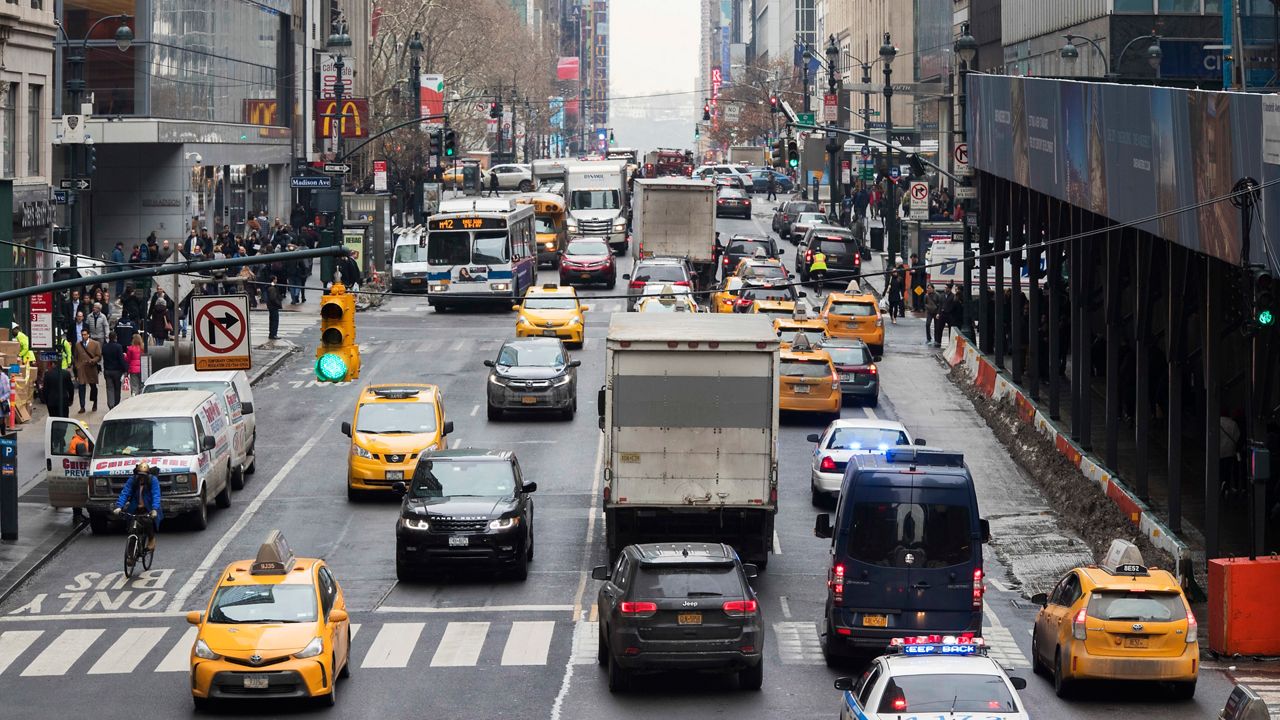 A sweeping proposal to transform the city's street-scape appears to be too much for the city's Transportation Department.

The five-year plan, presented by City Council Speaker Corey Johnson, a potential mayoral candidate, prioritizes people and mass transit and puts drivers in the back seat.

"Cars cannot continue to rule the road," Johnson said. "It is not safe and it is not sustainable."

Johnson's plan calls for 250 miles of protected bike lanes, a threefold increase, and linking more of the lanes to each other.

Johnson also wants 150 miles of protected bus lanes, a thousand more intersections with technology giving buses the green light, and more streets with a speed limit of just five miles an hour, allowing pedestrians and cyclists to use them alongside cars.

But Transportation Commissioner Polly Trottenberg tried to pump the brakes, saying DOT would need billions of dollars to achieve Johnson's goals and cut community boards and politicians out of the planning process.

“This is at a time when the agency is already managing enormous growth and undertaking major new initiatives, as well as our core mission," Trottenberg said.

Trottenberg said the DOT is a leader in encouraging bike use and making streets safer.

“I sort of feel like I’m not seeing enough movement towards a more modern, livable city, even with all of the incredible things that you outlined and that DOT has done," Johnson said. "And I feel like, it’s not your fault, I feel like we are stuck in the Robert Moses era.”

Johnson first mentioned the idea of a master plan for New York streets in his State of the City address in March. His goal, he said, is to break New York's car culture.

Advocates for better transit and cycling say the city's been too slow to transform streets and need these goals turned into law.

But it is unclear that will happen anytime soon, given Trottenberg's concerns. But the next mayoral election is just two and a half years away.