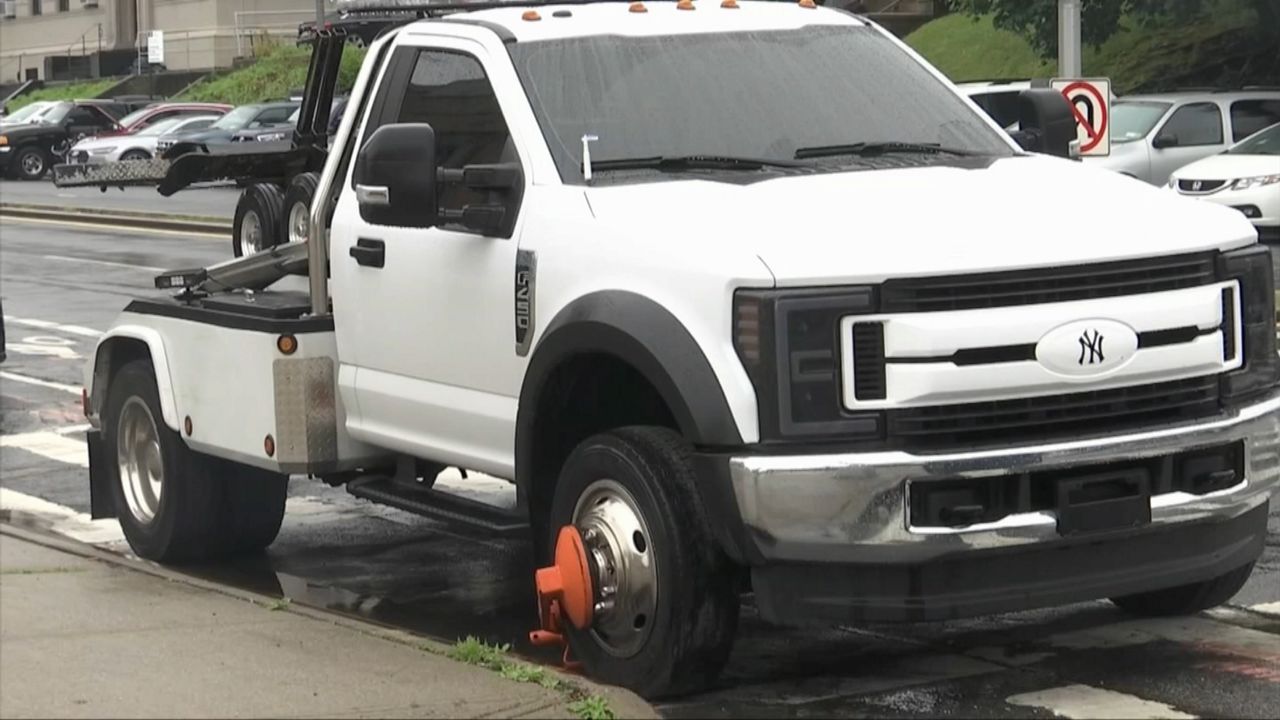 Staten Island repo man Jose Rodriguez checks up on his tow truck several times a day. It's been sitting idle on Richmond Terrace for nearly two weeks, immobilized after cops put an orange boot on it when he tried to repossess an NYPD detective's car.

Not having the truck, Rodriguez says, has cost him thousands of dollars in earnings.

"I gotta get the truck out there. I have to get these cars for the banks," he says.

The NYPD could not explain to NY1 why Rodriguez has not been allowed to reclaim his vehicle.

The repo man says it's another example of cops punishing him for doing his job.

NY1 previously reported that on May 30, police blocked Rodriguez from towing the detective's Nissan Maxima, which was wanted by a bank because of three missed car payments.

The officers arrested Rodriguez on a felony charge of possessing of stolen property, and he spent more than 20 hours in jail before being released.

The NYPD tells NY1 it is now conducting an "internal review" of the matter. The department would not say if a full-fledged investigation by the Internal Affairs Bureau is under way.

During this week's Mondays with the Mayor segment on NY1, we asked Mayor de Blasio whether the incident could be considered an abuse of power.

"If it is that kind of thing, it would be unacceptable. There would be huge consequences for those cops,” de Blasio said. “You can't show that amount of favoritism as a member of the NYPD. So again, I'm not here to pre-judge cause I don't know the details, but one of the things we have to do for all New Yorkers is show that no one is above the law."

When Rodriguez was released from jail, police dropped the felony charge against him, but then slapped him with misdemeanor charges of falsifying documents and possession of police scanners, allegations he denies.

And Rodriguez says police still have not returned the phone, laptop, iPad and cameras they confiscated from him, as well as his truck.

Rodriguez is due back in court June 26. He's hoping he gets his truck back before then.