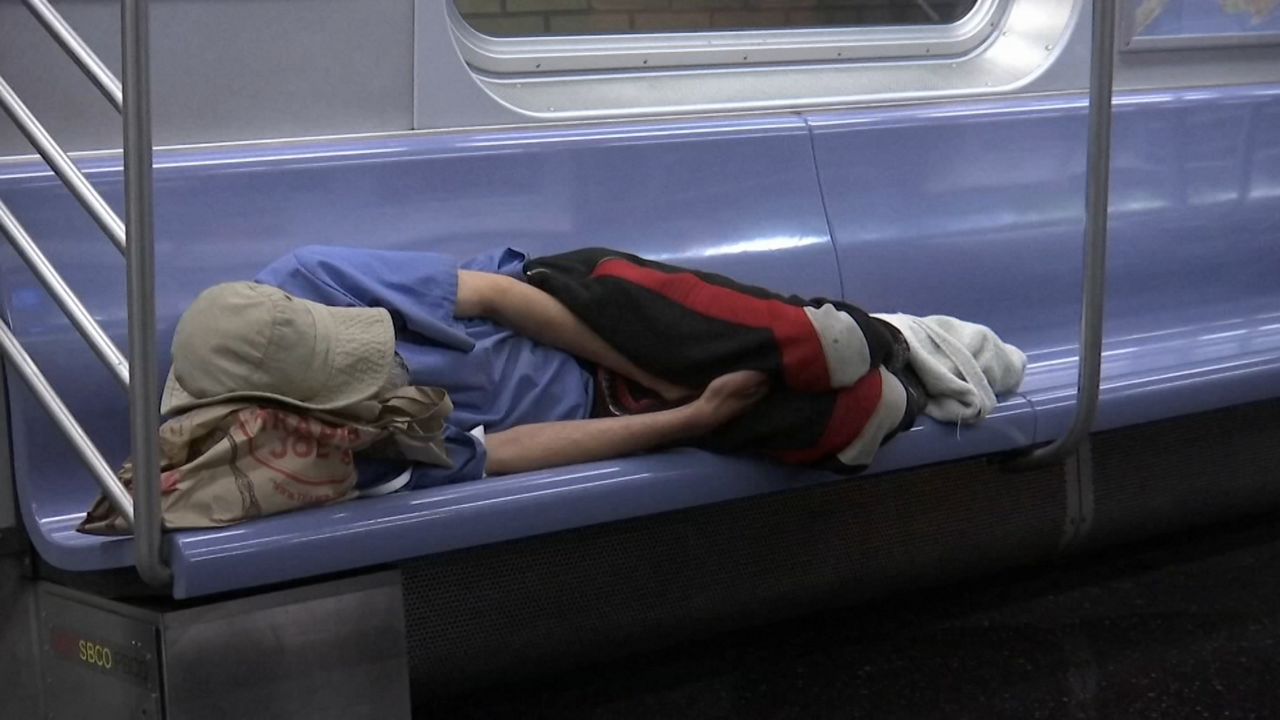 The MTA has been getting a handle on its mechanical problems in the subway. But it's losing its grip on its human problems.

Service disruptions caused by homeless people are increasing, even as delays caused by faulty equipment have started to decline.

"Mornings, we come in and whole cars will be uninhabitable for us," said one rider.

The homeless who frequent the subway pose numerous operational challenges to the MTA, from menacing riders and passing out on trains to defecating in cars.

According to internal data obtained by NY1, the MTA logged 245 such incidents in the first three months of last year, but 371 in the same period this year. This year, 84% of the incidents caused service delays.

“When you come out from the train it’s like you’re going to faint, how bad it smells," a rider at Jamaica Center in Queens said.

The city's annual homeless census, conducted in January, estimated 2,178 people living in the subway, a 23% jump over last year.

Meanwhile, the number of people staying in city shelters hit a record of nearly 64,000.

NY1 spoke with Andy Byford, the head of New York City Transit, after he visited Jamaica Center on the E line, a station and a line favored by the homeless. Byford observed outreach efforts to help them.

“I am forming a strong view that the existing system isn’t really working," Byford said.

Byford said it’s a societal issue that the MTA cannot handle alone, or one that the NYPD can arrest away, and one fueled by a lack of clean and safe shelters.

Thomas, who preferred his last name stay anonymous, said that before recently moving into subsidized housing, he felt more secure spending nights on the E train than in a shelter. He said he slept on trains for two years.

"It was safer than the shelters," said Thomas. "It was a place you could get a little bit of rest and not be disturbed, for a little while."

Advocates agree, and believe that outreach workers must provide the homeless better options.

“They have to be able to offer them a placement in a safe haven or a path to affordable housing or a path to supportive housing," said Giselle Routhier, a policy director for Coalition for the Homeless.

The MTA and riders may see fewer homeless people during the summer, but the challenge of getting them out of the subway and into supportive housing and shelters will only grow greater when winter arrives.