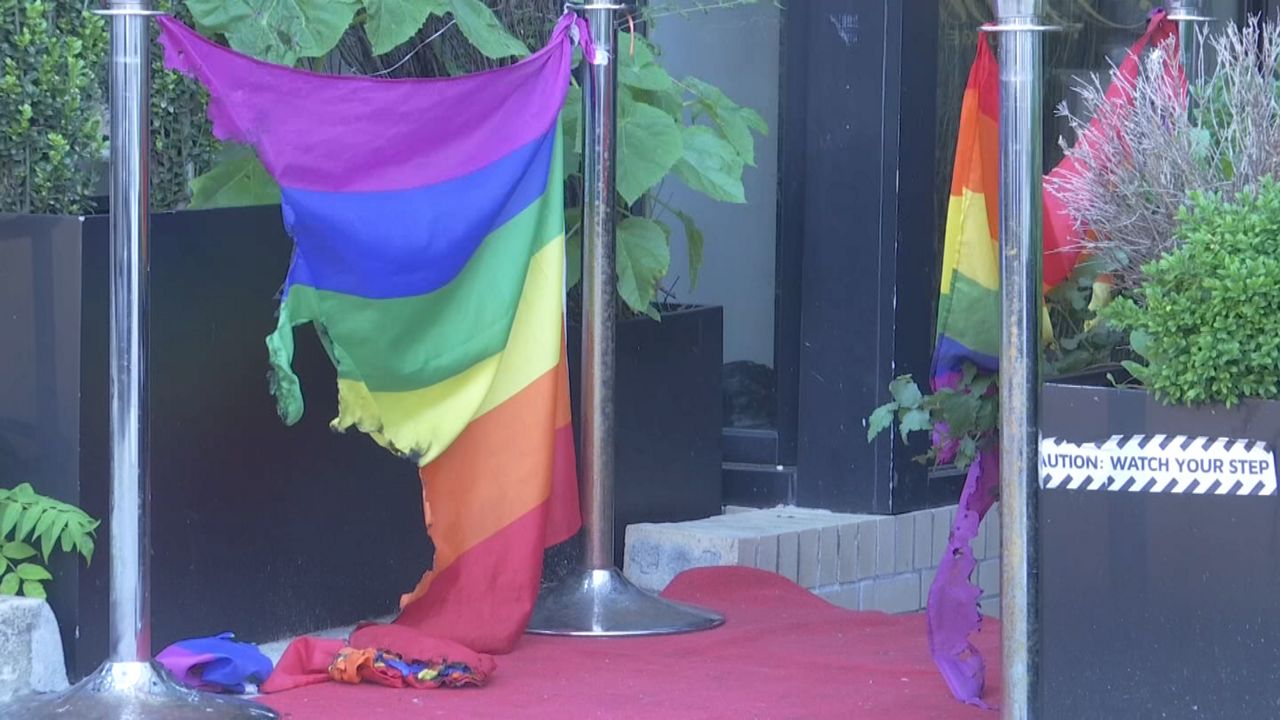 The NYPD Hate Crimes Task Force is investigating after Pride flags are set on fire outside a gay bar in Harlem.

Alibi Lounge’s owner, Alexi Minko says the flags have been outside every day since it opened and they have never had an issue.

Minko says just after midnight Friday, a woman frantically knocked on the window to alert them of the fire.

He says he and a handful of customers ran outside and put the small fire out.

Minko is shocked this happened just a day before the start of the city's Pride Month celebrations.

There have been no arrests.