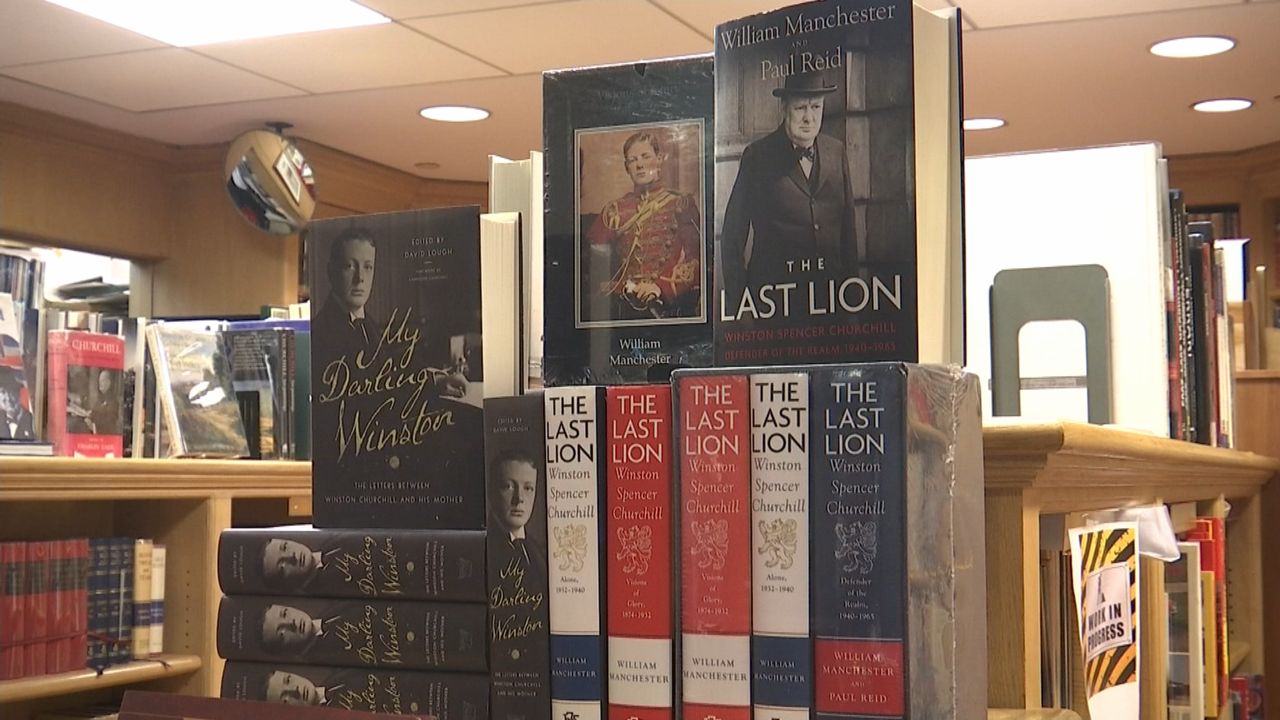 Manhattan is Home to the World's Only Winston Churchill Book Shop

NEW YORK - At one end of the atrium in a Midtown skyscraper, you'll find a unique store — the only bookshop anywhere devoted to Winston Churchill.

"We get Churchill people from all over the world," owner Barry Singer said.

"I think that Churchill's leadership and his sense of morality and decency as a leader appeal to people today more than ever," Singer said.

Singer opened Chartwell 36 years ago, when the building's literature-loving developer offered to underwrite a book shop if he'd run it.

"His only request, otherwise it was hands-off, he loved Churchill, could we call it Chartwell, which was Churchill's home. Chartwell Booksellers had a nice ring to it," Singer said.

At first, it was a general interest book shop with a handful of Churchill books.

"What I discovered very quickly was there was a passionate interest in Churchill, so I steered the store increasingly toward Churchill -- rare Churchill, signed Churchill, expensive Churchill," Singer said.

Serious collectors can find handwritten letters from Churchill, or the shop's most rare item, kept in a safe, a copy of the pamphlet "For Free Trade."

There's plenty of other material. Churchill himself wrote 42 books. And the shop is well-stocked with biographies delving into a leader whose life story that remains remarkably relevant.

"Churchill lost five elections in the course of his career. His career was wildly up and down, he was tremendously resilient," Singer said.

Thanks to recent portrayals like Netflix's "The Crown" and the 2017 film "Darkest Hour," Churchill is finding new admirers, and Singer is finding new customers.

"It feels like it can go on. It's got legs," Singer said.

Fans of Churchill can browse the shelves at Chartwell Books Monday through Friday, from 10 to 6 p.m.