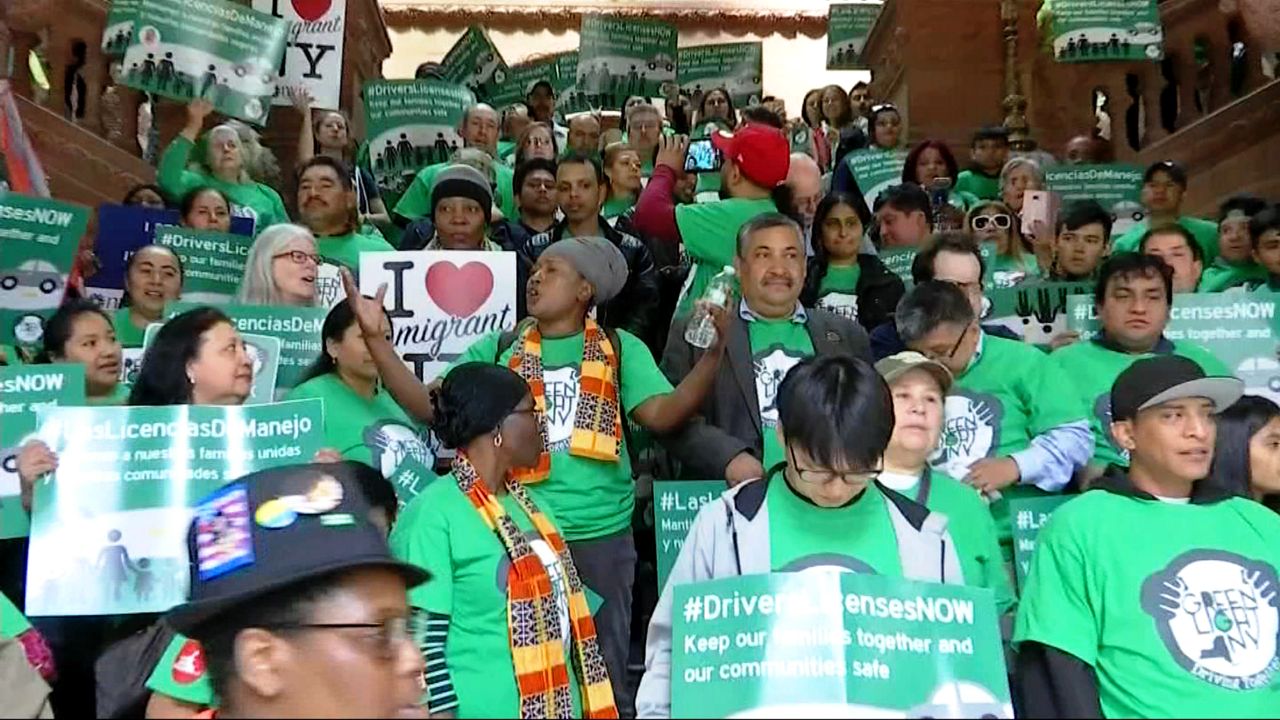 Albany Struggles to Pass Bill on Driver's Licenses for Undocumented

It would enable those without documentation to drive legally for family or for work, while making the roads safer and lowering insurance rates statewide.

.⁦@CarlHeastie⁩ speaking now on bill to provide driver’s licenses for undocumented immigrants. Calls the bill a “a no brainer.” Reiterates that they WILL be passing it in the Assembly. pic.twitter.com/mov92EOZSf

"To help economies. Especially upstate. Were it not for the immigrant population we would have a financial disaster in this state that we have not had for many years," said State Senator Luis Sepulveda.

But with Democrats now in control of both houses of the legislature, it still has not passed. Sources say the votes aren’t there yet in the State Senate, which has members from political swing districts. Thirty-two votes are needed for passage.

A handful of Democratic Senators were at a Capitol rally Tuesday, calling for the bill’s passage, including deputy majority leader Michael Gianaris of Queens who is trying to round up votes for it.

"The opposition to this bill is not only wrong, it is foolish," he said.

“The opposition to this bill is not only wrong, it’s foolish,” says @SenGianaris of license bill. He’s interrupted by demonstrator who shouts “no more words! Move the bill!” pic.twitter.com/R7RGGYFRo4

While Gianaris was speaking, he was interrupted by an advocate who urged Gianaris and the Democrats to simply pass the bill.

Assembly Speaker Carl Heastie attended the rally, but Senate Majority Leader Andrea Stewart-Cousins did not. The Assembly has the votes to pass the bill which is known as the Green Light legislation.

There are five state senators here at press conference advocating for licenses for undocumented immigrants: ⁦@LuisSepulvedaNY⁩ ⁦@tobystavisky⁩ ⁦@JuliaCarmel__⁩ ⁦@RJackson_NYC⁩ ⁦@SenGianaris⁩ but it’s the Senate which doesn’t have votes to pass it. pic.twitter.com/7mqK0b75pF

"To me this is an absolute no brainer. I’m standing here to tell you the New York State Assembly will be passing the green light bill," Heastie said.

And while senators took the lead at the rally initially, they were sent to the sidelines at one point by the Assembly Democrats.

If enacted, the Green Light legislation would enable roughly 265,000 to obtain licenses statewide. A similar effort failed in 2007.