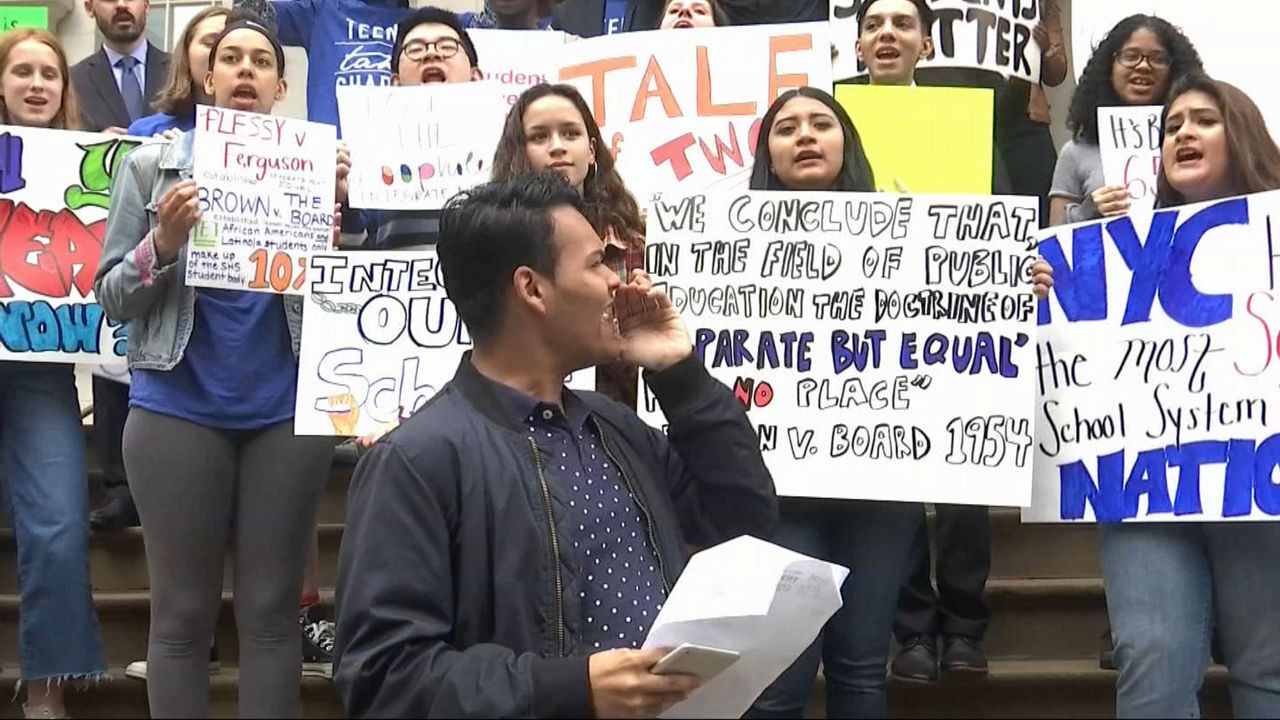 On the anniversary of the Supreme Court's Brown vs. Board of Education decision striking down school segregation, students from the group Teens Take Charge met with Schools Chancellor Richard Carranza to say their schools remain both separate and unequal.

"The fact that even though we've gathered the top officials and policy makers in the city, that we're still here begging for a chance is not cutting it,” Teens Take Charge student Tiffani Torres said.

"They only agreed to one commitment and that commitment is to verify that the information in the high school directory is accurate—that is something that should already be happening,” Coco Rhum, a Teens Take Charge activist, said.

In a statement, Carranza agreed that the city hadn't fulfilled the Supreme Court's mandate, adding: "The voices of our students, educators, and families have been essential to the significant progress we have made on this issue in just the past year, and they will continue to be.”

One prominent city official was missing from the meeting: Mayor Bill de Blasio, who was off campaigning for president in Iowa.

"To our mayor who didn't come today, I'd like to say that it is very unfortunate that you're running for president if you can't fix our New York City schools,” Jenny Bueno, 17, said. “And if you really want us all up here to vote for you, because we're all going to be 18 by the time you're running, you need to integrate our schools."

A City Hall spokeswoman said the mayor met with the School Diversity Advisory Group, a panel he appointed, earlier this week, and that he looked forward to hearing about the meeting. But students said there was no time to wait.

"Students are harmed every single second we wait to make change,” Rhum said.

The students say they've already planned their next action for June 6th. Whether that's a celebration or a protest, they say, is up to the mayor and the chancellor.