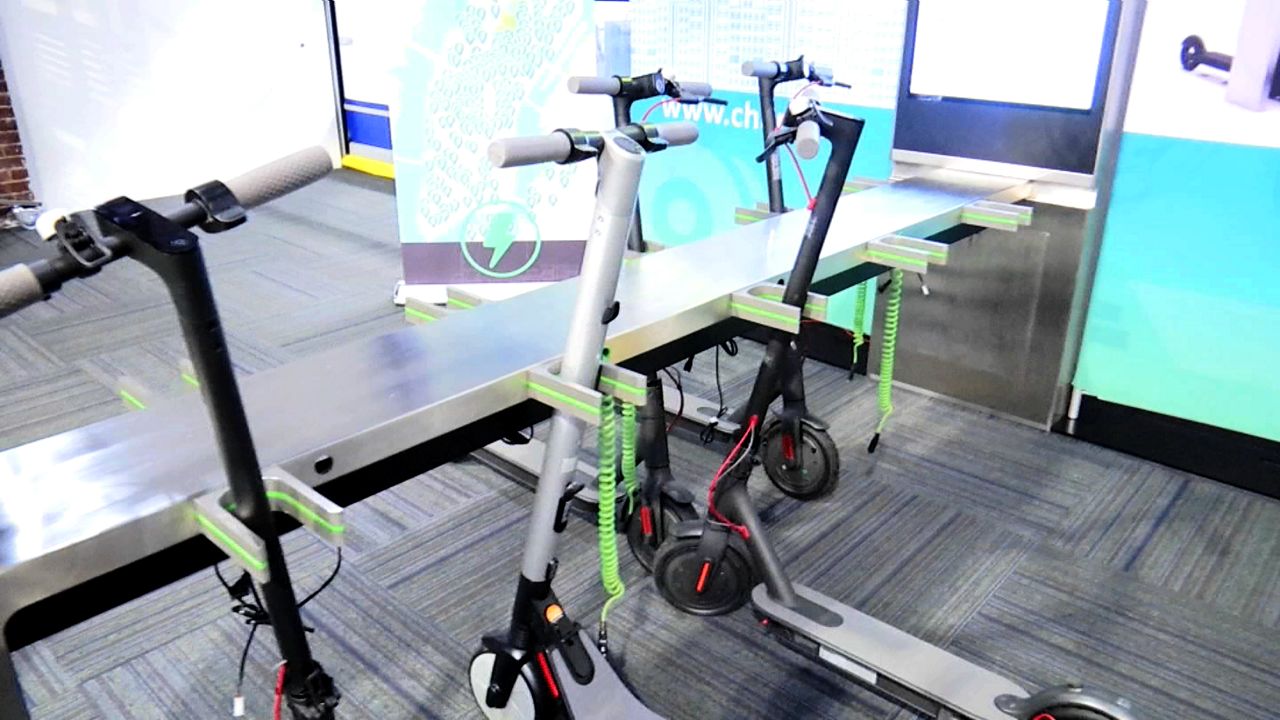 NEW YORK - A New York company says it’s got the solution for managing electric-powered scooters in the city, even before they are street legal.

The company, Charge, led by lifelong New Yorker Andrew Fox has created a dock for parking e-scooters and e-bikes, aiming to solve a problem that has vexed cities from coast to coast - how to keep riders from dumping them precariously on sidewalks.

“The the usage is off the charts, but they’re sacrificing the integrity of all the people in the community by letting them throw them everywhere," Andrew Fox, the CEO of Charge, said.

The docks also charge the scooters and bikes, and they can even run diagnostic checks.

Fox has found willing partners for the docking stations, reaching agreements to rent space in parking garages, and some lots and gas stations, for more than 400 of them.

“The parking garage is going to become the gas station of the future to fill electric vehicles," Bill Lerner, owner of iPark garages. "We’ve definitely seen a diminish of daily customers and people giving up their monthly spots.”

It is a bit of a gamble for Fox and his company because legislation to legalize E-scooters and some e-bikes still must be approved in Albany.

But Scooter companies, including e-hail app rivals Uber and Lyft, are ready to operate sharing programs in New York, all but assuring a robust market once the e-rides become legal.

And e-scooters are becoming increasingly common in other cities as well.

“It’s not a matter of if this form of transportation will come to New York, it’s a matter of when," Fox said.

The charging docks are being built at a 100,000 square foot factory in Long Island City, Queens, by Boyce Technologies.

Boyce was ready to glide into e-scooter technology, having built communication devices and digital signs for the MTA.

“We feel the connectivity of the micromobility network, with mass transportation, is the next evolving urban technology solution," Tom Powell, vice president, Boyce Technologies, said.

Charge is not waiting on its hometown to legalize electric rides. The company plans to start shipping its docks to other cities in as early as three months.