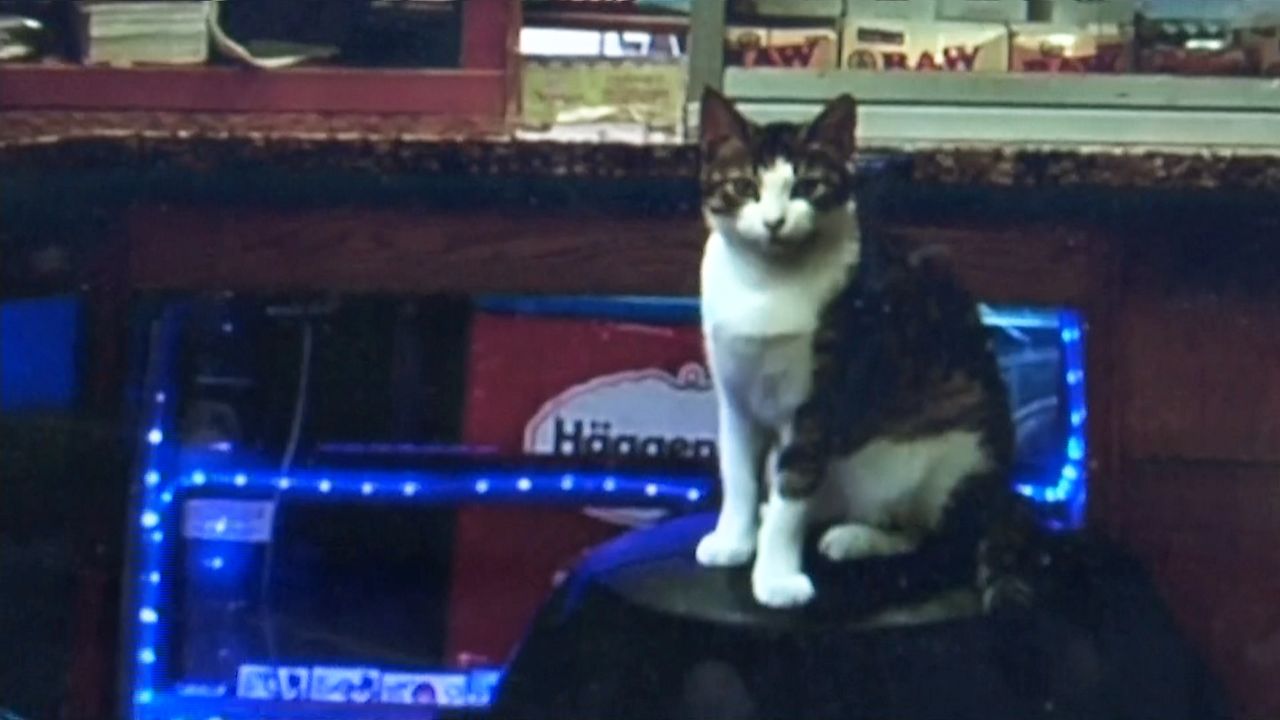 Workers at a Lexington Avenue deli were heartbroken Monday. Someone stole their cat, Lexi, last Friday and they want her back.

"It's not just our cat; it's the neighborhood's cat. Is the community cat," worker Ted Oehmke said. "The students around here, the people who live around here, everybody knows who she is. She's a very sweet girl."

Lexi has been a staple of the 71 Fresh Deli & Grocery on Lexington Avenue since they got her a year-and-a-half ago, but they believe someone took her after she slipped out of the store Friday morning. They didn't realize she was gone until Saturday morning, when she wasn't in her usual place on a shelf. They say it's like someone nabbed a piece of their heart.

"We, you know, bonded really close with each other and it's just unfortunate that this had to happen," store clerk Robert Moreno said. "We just want her back. That's all."

"I did see the cat here and there. Very friendly, never bothered anyone," customer Vivak Sehgal said. "For someone to pick it up and just walk away with it, you know, makes me think what kind of person that would be."

Since her disappearance, the workers have turned to surveillance video and social media for help finding her using #BringLexiBack. They believe the video shows what appears to be a man looking inside the deli window, then walking up to Lexi outside the store and possibly walking away with her. Police are investigating.

"It's really weird," Sehgal said. "There are so many stray animals around New York City."

"This is her home, you know, so I want him to bring her back. Because that's really the right thing to do. There are thousands of cats that are available for adoption at any time and he doesn't need to be walking off with our cat."