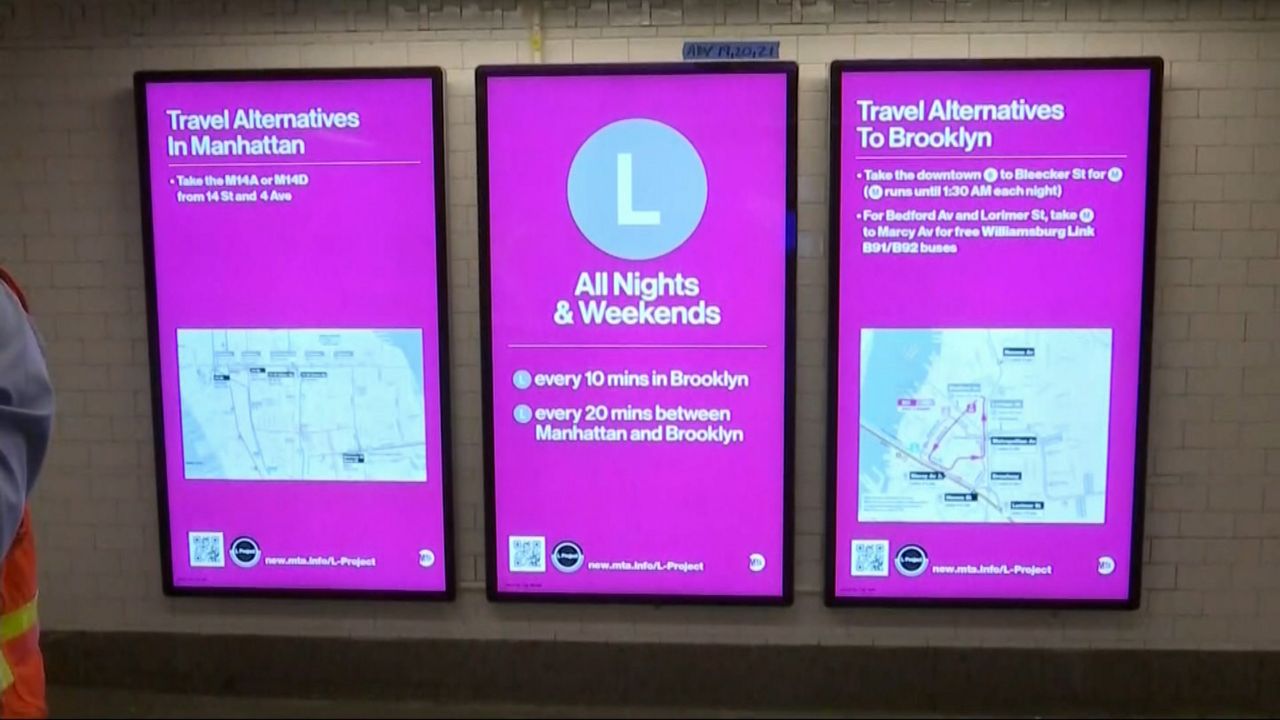 Three weeks into service changes for the L Train and riders are already shifting their commuting habits.

New figures released by the MTA show that New Yorkers are finding an alternative to riding the L Train on Weekends between Manhattan and Brooklyn when the trains come every 20 minutes.

Ridership on the L has dropped 50% during the busiest times. Meanwhile, rider on the J and M Trains increased 60%. The G Line also saw a bump with an increase of 35%.

It's all because of a massive reconstruction project on the L Line to fix the tunnel damaged by Hurricane Sandy—work that's taking place nights and weekend and which is expected to last 15 months.

“During the weekends, I take the L over the G, and with the inconsistency [of] the G, [it] kind of drives me a little crazy,” said Kevin Giraldo, who says he is a frequent public transit user. “So now I have to wait 15-20 minutes on the L and another 15-20 for the G. So, it triples the commute pretty much.”

For some, the L Train is their only option and they’ll have to stick it out.

“The L Train is the only one that stops off near my apartment so I can’t take any other that would be close enough at least,” said one commuter. “I just have to stick it out.”

The MTA noted that service was added to the G train to make more frequent departures on the weekend. They maintain that the current situation is far better than the alternative: no L service at all for 15 months.

Trains aren’t the only transportation affected.

Ridership on the M14 bus along 14th Street in Manhattan has increased 35 percent, too.

Bus rider Larry Scheyer says the buses have always been crowded, but never like this.

“It had the problem before, but it’s that problem on steroids,” Scheyer said.

Increasing frustrations are out of service MetroCard machines throughout the city. Needless to say, travel habits will have to continue to change into the summer.

One thing everyone we spoke to had in common: they appreciate the length the MTA has gone to in order to make the transition easier.