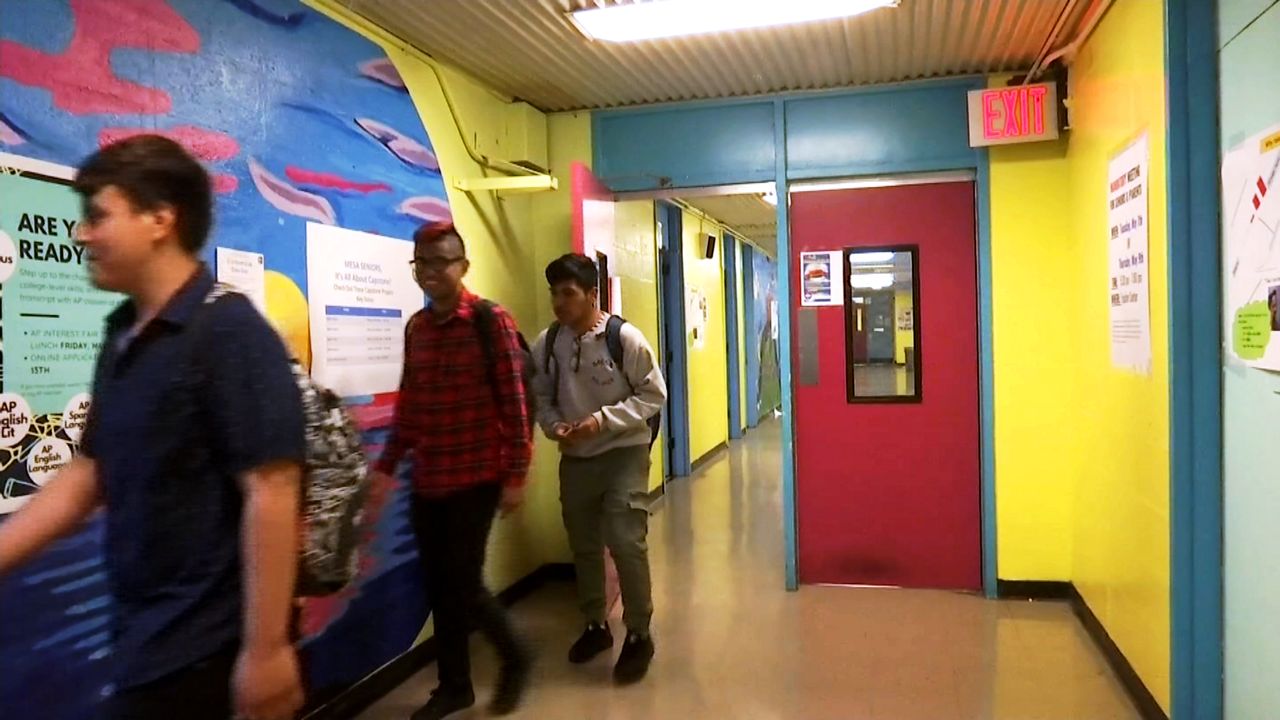 What's Next as the City Charter School Cap Nears?

NEW YORK - The Math, Engineering, and Science Academy Charter High School, known as MESA, is enormously popular. More than 600 students applied for 130 spots in its next entering class. Now it wants to expand, but it's not clear it will be allowed to anytime soon.

"We've been approved and authorized to open the second school, but because of the cap we're unable to do so," said MESA Executive Director Arthur Samuels.

The number of charters in the city is nearing the limit set by state law, leaving charter applicants like MESA in limbo.

"It was very disappointing, and it was very frustrating. I think we had poured so much into it and gotten a lot of hopes up," said Pagee Cheung, the school's principal.

Charter schools are privately run but publicly funded and rarely unionized. Teacher unions and other critics say charters sometimes cherry-pick the best students, and drain resources from public schools. Supporters say charters give options to families - many of them low-income - unhappy with their local schools.

When Republicans controlled the state Senate they were able to push through legislation lifting the charter cap. But state Senator John Liu, chairman of the Committee on New York City Education, says raising the limit has not even been up for discussion since Democrats took control of the chamber in November.

"The reality is that we need stronger accountability, we need charter schools to meet the same standards that the public schools do, and until then it’s just very difficult to justify any increase in charters," Liu added.

In the Bronx, Gloria Alfinez’s son is graduating from P.S. 11 but is stuck on a waiting list for a KIPP Charter School. She said politicians should listen to parents.

"Have you talked to parent? Have you asked them what their family needs? Have you understood why this is so important, actually, here in the Bronx or in any borough, how important it is for a family to make the decisions for their children?" Alfinez asked.

While Governor Andrew Cuomo says he's in favor of lifting the charter cap, with little support from Democrats in the Senate and the Assembly, it seems unlikely that will happen before the end of the legislative session in June.