It's called the 9/11 Memorial Glade and it's being created to honor a new round of World Trade Center victims: the men and women who have gotten sick with, or died from illnesses linked to the toxic dust unleashed when the World Trade Center collapsed nearly 18 years ago.

Pople like Bridget Gormley's father, William, a firefighter who responded on 9/11 and died of cancer two years ago.

The memorial sits where recovery workers once entered the site in the aftermath of 9/11. It consists of six stone monoliths, weighing at least 13 tons each. They were designed and chiseled in Vermont, and brought on flatbed trucks to the city early last month. For the last several weeks, workers have been assembling the memorial and inserting melted-down steel recovered from the original World Trade Center into the stone monoliths.

"It is a physical manifestation of the fact that there's so many people — 9/11 responders, survivors, area residents — who are sick and injured, now 17 years after 9/11," said Ben Chevat, the executive director of the advocacy group 9/11 Health Watch.

The aftermath of the attacks has affected so many people the memorial will not contain names. The NYPD says it has lost 203 members since 9/11, nearly nine times the number of police officers that died in the attack. The FDNY says 193 of its members have passed away from 9/11-related illnesses.

And with tens of thousands of first responders, students, residents, and workers now sick, many of them with cancer, the toll will grow.

"We feel like history is being made and an obligation — a promise we made to never forget what happened not only on 9/11 but in the aftermath — that promise is being kept today," said Alice Greenwald, the president & CEO of the National September 11 Memorial & Museum.

The memorial is scheduled to open on a symbolic day: May 30. That day marks 17 years since rescue and recovery workers ended the mission that would later make them sick. The memorial comes as Congress debates replenishing and extending the compensation fund for those who have become ill.

For Bridget Gormley, the hope is that the memorial serves as a teaching tool.

And the many people who will die in the future, all now honored at a memorial commemorating the tragedy that has unfolded since 9/11. 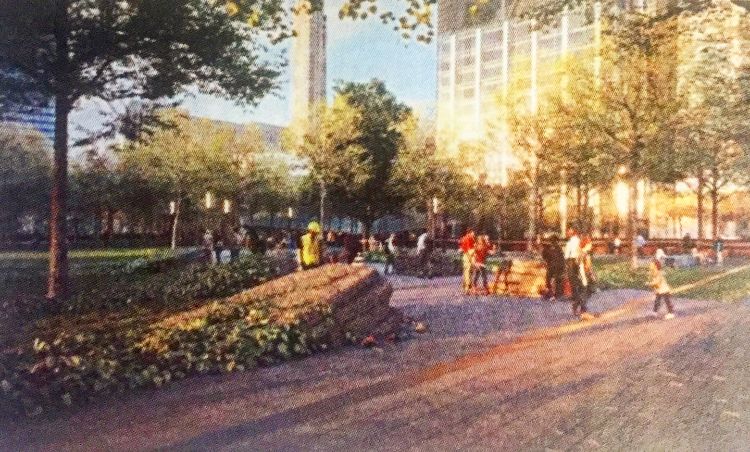 A rendering of what the 9/11 Memorial Glade will look like when complete.