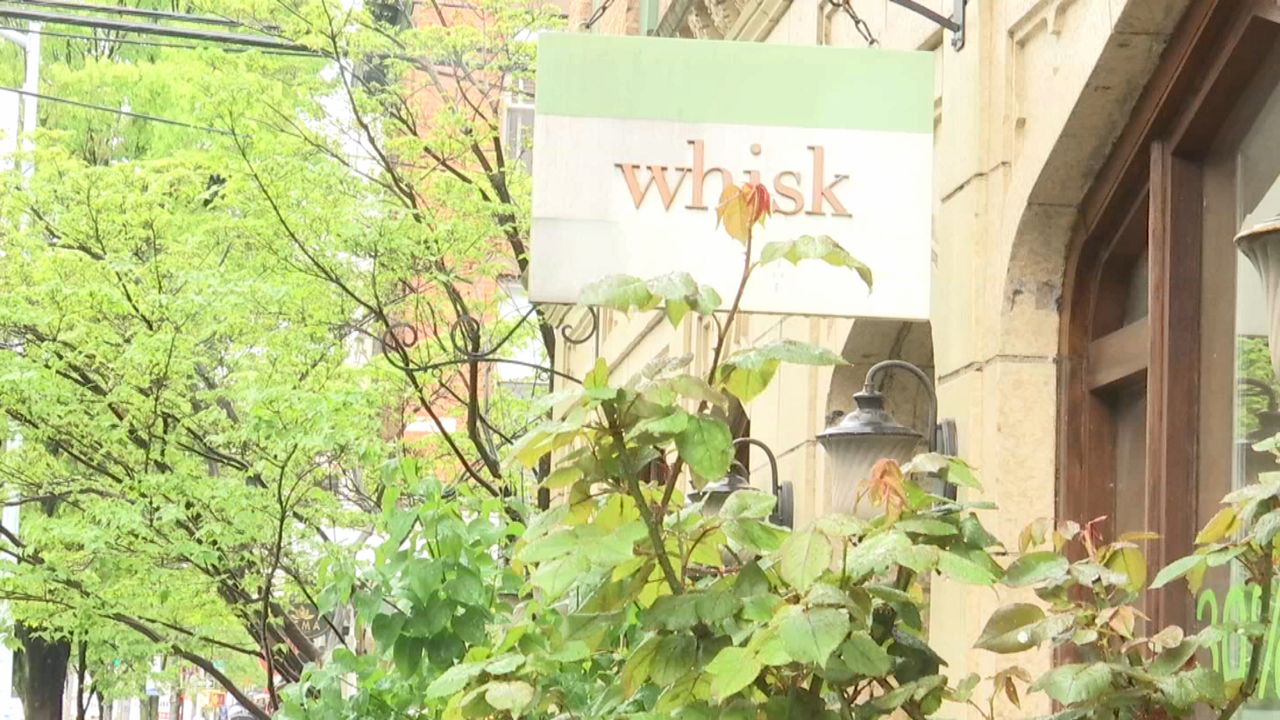 A customer on her way out of Whisk, a kitchen supplies store in Williamsburg, shopped to help relieve her sadness.

"I looked at the sign, a love letter on the door, and instantaneously, it's like a tear comes to my eye," the shopper said.

Other heartbroken customers of Whisk, descending on the homey kitchen supplies store on Bedford Avenue, had read the news on Facebook, in what the owner calls a love letter to customers. It informed them of a "closing forever" sale because the landlord is raising the rent 44 percent.

Natasha Amott, the store's owner, says Whisk is another casualty of gentrification.

"Everybody agrees some of the changes have been for good," she says, "but the neighborhood, from what I hear, is very upset that there's all these multinational and national brands coming in.

"That was a tumultuous time. I was also pregnant with my second child," she said.

Amott says she cannot afford the latest increase because it would force her to raise prices, or reduce salaries, or both. She wrote that in the letter.

"When I made the decision, I decided everyone needs to understand the why behind it," she said.

It's a scenario duplicated in neighborhoods dubbed the "next big thing" years ago, drawing people like Josh Dye to move here in 2012, and he doesn't like it.

"Apple, Whole Foods, it's just blowing up. All the hotels that have been popping up. Definitely changing. More like Manhattan," he said.

He said he preferred homemade goods, a friendly face and the artsy edge that Williamsburg was originally known for.

The local City Council member, Stephen Levin, says the surge of "for rent" signs is so troubling, he's working on a commercial rent control bill.

"We're seeing rent increases over the last 10 years that are pretty staggering, and that's not just in Williamsburg, but in communtiies like Bedford-Stuy, Crown Heights, Harlem," he said.

Ironically, this neighborhood is in demand because of cool shops like Whisk.

Jerome Sinclair was visiting from England on Friday, and said he had noticed more big-name stores since he last visited four years ago, which he says is especially impacting his travel budget.

"The prices have definitely gone up from when we were here last," he said.

He might want to check out Whisk's sale. Set to close April 30, the shelves are emptying fast, and the disappearing inventory is like a reply from customers to Amott, who finishes her "love letter" by asking them to honor their communities with a simple act: shop locally.